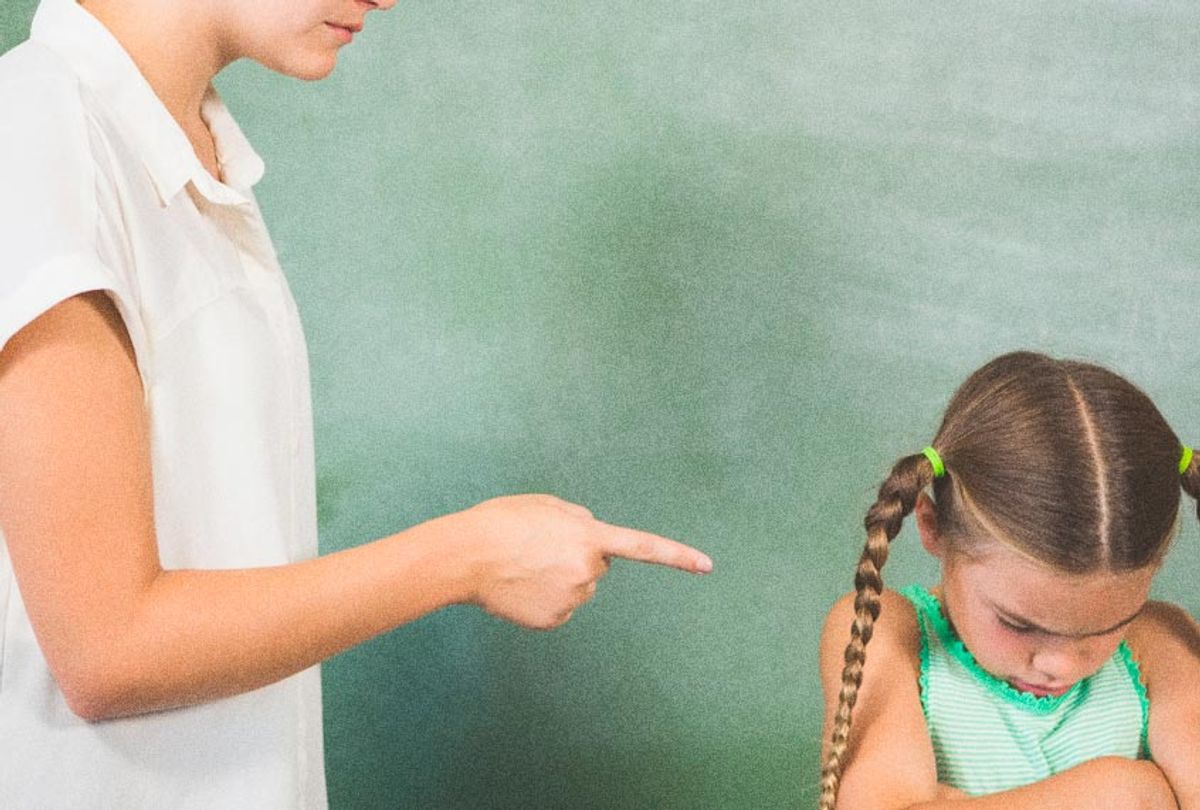 What strikes me most about the video is the teacher's arrogance.

The viral footage in question shows Trina Abrams, a teacher in Kentucky, dragging a 9-year-old autistic boy down the hallway in a brutal fashion. Not only does Abrams lack any qualms about laying her hands on a child, she seems positively swaggering in her self-righteousness as she does so. "You want to walk?" she asks at one point, according to The Washington Post. When the boy says no, she blurts out "Okay," and then pulls him across the hallway by his wrists. Initially she had been dragging him by his arms; later, when he falls to his knees, she pulls him through the hallway in a kneeling position.

It later turned out that Abrams did this because she wanted to take disciplinary action against the child, and decided to physically drag him to where she wanted him to go when he refused to walk there on his own. Now it is Abrams who has been punished — first by getting fired from the school, then by being charged with assault in the fourth degree against a child younger than 12.

This isn't even the first time in 2019 that the abuse of an autistic child by school officials has made the news. On Friday, Guiding Hands School in El Dorado Hills, California had its certification revoked by the state's department of education after an autistic teen died there in November, according to CBS Sacramento.  Both stories reinforce the same problem — that school officials don't know how to handle children who are on the spectrum, and they aren't giving teachers any instruction either.

"Adults should act towards children with ASD [Autism Spectrum Disorder] as they would with any child — respectfully and developmentally appropriately," Connie Kasari, PhD, a professor of Human Development & Psychology at the UCLA Graduate School of Education & Information Studies and Center for Autism Research & Treatment, told Salon by email. "I cannot imagine where dragging a child — any child — out of a classroom is appropriate."

This story is, admittedly, a personal one for me. While I was thankfully never physically abused by my teachers, my educational career — from elementary and high school through college — has been marred by instructors who, for one reason or another, viewed my autism as their burden. Some of them, I suspect, were simply exhausted or ill-informed about how to handle the situation, but others had more malicious motives. I can say from abundant anecdotal experience that there is a prevailing sense among many in education that if a person is on the autism spectrum, they should have to learn how to accommodate the rest of the world, and that it isn't a teacher's job to hold their hand and help them out but their responsibility to stop acting so atypically.

Those people are wrong.

"Bottom line they need to understand individual differences in learning," Kasari explained. "Not everyone learns the same way or responds as expected to the same conditions. Teachers should have multiple methods for reaching children using Universal Design principles, and special education teachers particularly should have effective behavior management techniques and strategies to effectively teach. What we saw this teacher use was not an effective behavior management strategy — it was indeed abusive."

She added, "This incident highlights the critical need for better training of all teachers and improved standards. Indeed, many teachers complain about not knowing how to prevent or handle meltdowns in children, blame the child, and react in ways that are clearly inappropriate. There are many evidence based programs and strategies for use by classroom teachers when teaching children with ASD. All children deserve good teaching, and a chance to develop to their fullest, and we must expect more from our teaching professionals."

Indeed we must. If an autistic child is behaving in a way that makes a teacher uncomfortable, it is the teacher's job to learn how to best meet the child's needs, not the child's job to do the impossible — that is, to become neurotypical. The same principle holds true in other areas of life as well: Being on the autism spectrum is not a choice, but being a jerk is. If your brain operates differently, and if it meets the diagnostic criteria for autism, then you do not have a choice when it comes to the struggles that you encounter. You have a responsibility to not knowingly inflict harm on other people, but you do not have a responsibility to figure out how to display neurotypical behavior when it is impossible for you to do so.

Teachers, employers and ordinary people on the street, on the other hand, do have a responsibility to be accommodating and understanding of your neurological atypicality. They have a responsibility to do this because it is their job, whether in the literal professional sense (such as with those teachers) or in a broader and deeper human sense. When they choose not to do their job, they need to be called out for it. More specifically, when an educational professional chooses to abuse an autistic person rather than accommodate him or her, that individual needs to be fired.

That is what makes the sheer arrogance in Abrams' tone so striking. Hopefully, in the very near future, we will evolve to the point where no one can be so certain that an autistic person's rights are lesser, as she was.