Families are choosing between their health and staying together 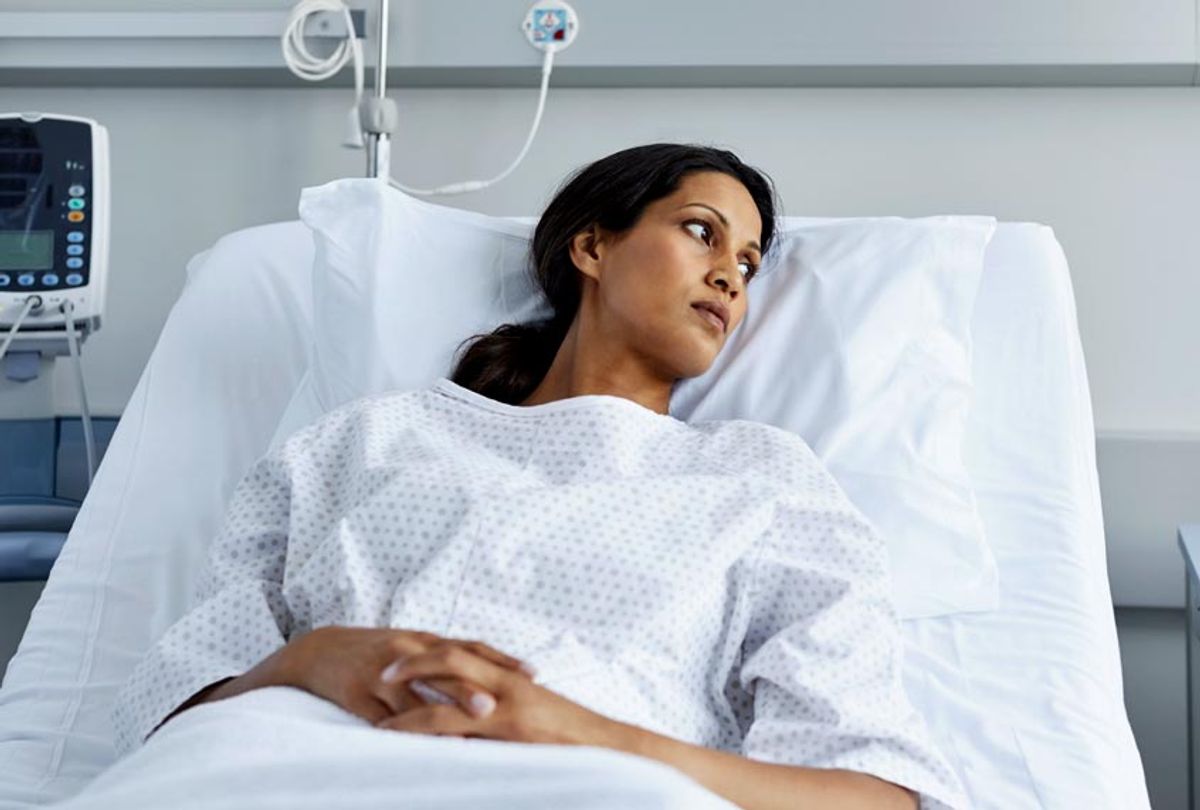 When it was time for Ximena to go to her prenatal appointment, she decided to stay home.

“I have to miss my appointments,” she told us, “because it scares me to leave, because of the fear that one day they’re going to arrest me. And what would happen to my kids?”

Ximena, whose name we agreed to change to protect her confidentiality, was pregnant at the time and is originally from Guatemala. She left there a decade ago because of constant violence in her town. Since then, she has lived in the U.S. without legal permission.

We are part of a team of researchers and health practitioners studying the impact of rapidly changing immigration policies on immigrant families in Detroit and nearby Washtenaw County, Michigan. Ximena is one of a dozen immigrants we have interviewed since March 2018 who are members of families in which at least one person is living in the U.S. without legal permission or is otherwise not a citizen.

We also interviewed 28 health and social service agency employees, including doctors, nurses, insurance enrollment specialists and patient advocates. All names we will use are pseudonyms to protect the confidentiality of our research participants.

We found that some immigrant families in Michigan are choosing to miss clinic appointments and opt out of public benefits that would help keep children healthy and prevent disease. They are doing this because they are afraid it will affect their chances of staying in this country together with their families.

After Ximena delivered her baby boy in a hospital in Detroit this past summer, she worried about whether she should enroll her son in programs like Medicaid and WIC that provide health care coverage and nutritious foods. As a U.S. citizen, her son is eligible for these public assistance programs.

However, a rule newly proposed by the Trump administration, often referred to as the “public charge rule,” is affecting her decision-making.

The rule would make it harder for immigrants to enter the U.S. or become a citizen if they become a “public charge,” dependent on government assistance.

It’s unclear whether the Department of Homeland Security will pass and enforce the rule, or when. Nonetheless, we found that many immigrants — including those with legal status — fear that using public assistance could make them ineligible to receive a visa or citizenship in the U.S.

In our interviews with people who work with immigrants, they reported that their clients were more fearful of deportation since the 2016 election. Isabel, a staff member at the Detroit clinic attended by Ximena, described it this way: “They are so much more fearful now than they were two, three, four, five, 10 years ago . . . huge huge impact, huge difference.”

Others echoed that report. Martha, a receptionist at a clinic in Washtenaw County recalled a patient who had called her to cancel an appointment.

“I had a lady that was very honest. She was like, ‘I’m not going out, my grandson told me that immigration is doing a round and I’d rather just stay home.’”

Staff members highlighted patient hesitancy to enroll in government programs. One enrollment specialist we interviewed told us that immigrant clients “want nothing to do with WIC because of immigration. . . . They were scared only because it was a government program.”

Staff we interviewed often said that this downturn in enrollment is due to general increased fear of immigration enforcement. Many also pointed to the new “public charge” rule as a factor. One of our interviewees said:

“Sometimes we will ask them if they want to apply for emergency Medicaid. . . . They think that’s going to affect them maybe one day towards their residency or something. So, I mean, I still tell them that it doesn’t, but a lot of people are like, they’re scared.”

The climate of fear that affects the use of health care services and enrollment in government programs by immigrants is not unique to Michigan.

Doctors in Maryland and California have also noted an increase in no-shows for appointments that stems from fear of deportation. One low-cost clinic, El Buen Samaritano in Austin, Texas, reported a 50 percent increase in appointment cancellations after a series of Immigration and Customs Enforcement raids in the city.

Other research has also shown a decrease in enrollment by immigrants in government assistance programs. For example, research examining immigrant mothers in five cities — Boston, Baltimore, Philadelphia, Minneapolis and Little Rock — found that while the number of immigrant families who lacked sufficient food was rising, their enrollment in the Supplemental Nutrition Assistance Program, commonly referred to as food stamps, decreased.

Among immigrant mothers across these five cities who had been in the U.S. for less than five years, the percentage using SNAP dropped 8.2 percent between 2017 and 2018.

According to a rigorous estimate by a team of sociologists, an estimated 3 million U.S. citizen children could lose access to SNAP if the proposed “public charge” rule goes into effect.

Fear of traveling to the clinic or receiving public benefits is forcing immigrant parents like Ximena to make difficult choices. Based on our findings, policies that are creating a climate of fear will have detrimental health consequences for immigrant families.