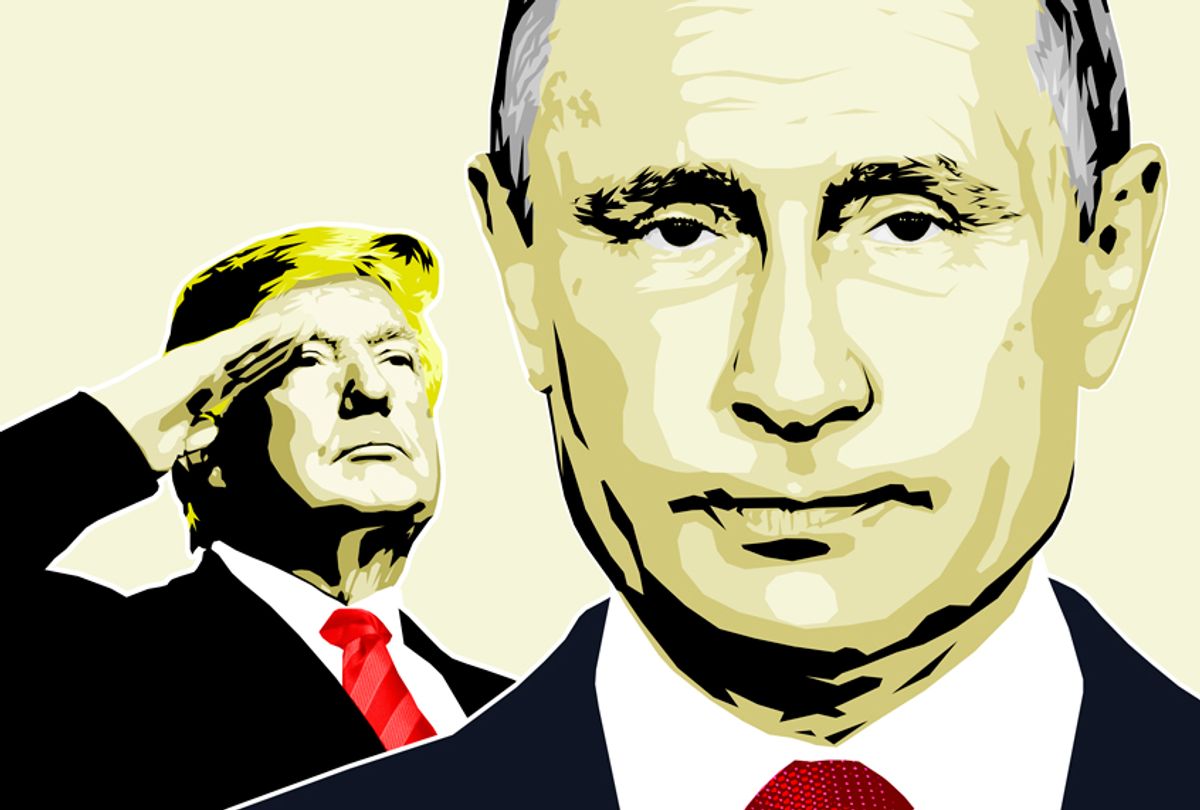 President Donald Trump told Fox News anchor Jeanine Pirro on Saturday evening that a recent report claiming he had concealed information about his private conversations with Vladimir Putin was "all nonsense."

"I'm not keeping anything under wraps, I couldn't care less. I mean, it's so ridiculous. These people make it up," Trump told Pirro late on Saturday in response to a story by The Washington Post that Trump had managed to conceal details of what he said to Putin during their private conversations at five locations over the past two years, according to CNN. The president also asserted that his conversations with Putin were similar to what "every president does — you sit with the president of various countries."

Trump had attempted to cover up the details of what he and Putin discussed by taking the notes away from his own interpreter on at least one occasion, during a meeting in the German city of Hamburg, and overall The Post reported that "there is no detailed record, even in classified files, of Trump’s face-to-face interactions with the Russian leader at five locations over the past two years. Such a gap would be unusual in any presidency, let alone one that Russia sought to install through what U.S. intelligence agencies have described as an unprecedented campaign of election interference."

Although Trump tried to downplay the story's significance by comparing his conversations with Putin with other presidential interactions, The Post made it clear that his unwillingness to allow records of what the two men discussed is at best extremely unorthodox.

"Former U.S. officials said that Trump’s behavior is at odds with the known practices of previous presidents, who have relied on senior aides to witness meetings and take comprehensive notes then shared with other officials and departments," The Post reported.

Trump aroused particular controversy over his actions at the Helsinki summit in July, when he suggested turning over former American ambassador Michael McFaul and British businessman Bill Browder over to Putin. The Russian autocrat has falsely accused McFaul of trying to undermine his regime and has a grudge against Browder for the latter's support of the Magnitsky Act, which has imposed sanctions against Russia's leaders for the nation's human rights violations.

"But let's be clear: What Putin was doing was assigning moral equivalency to a legitimate indictment with lots of evidence against several Russian military intelligence officers for violating American sovereignty in 2016 during the presidential elections, with a completely fabricated, cockamamie story invented by Putin," McFaul told Salon in July. "To even, for a moment, give any kind of dignity to what President Putin proposed was not in America's national interest, from my point of view."

"I have no idea what motivates his behavior," Browder told Salon when asked about what he believes causes Trump to seem so sympathetic to Putin. "All I can say is that the idea that he seemed to entertain for a few days of handing me and 11 Americans over to Vladimir Putin for our work on the Magnitsky Act seemed pretty horrifying."