Trump took a swipe at former Vice President Joe Biden, who is one of the frontrunners to oppose him in 2020 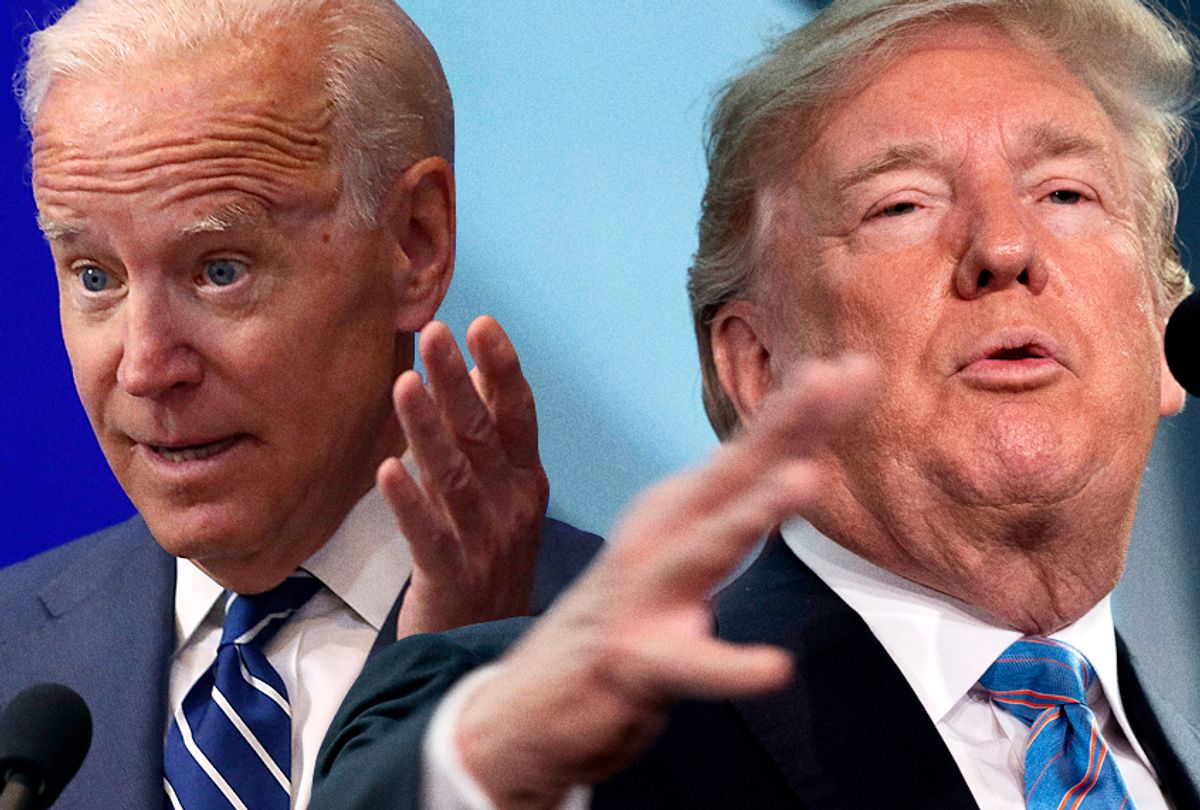 "He ran two or three times, he never got above 1%, and then Obama came along and took him off the trash heap, and he became the vice president," Trump told Pirro when asked about Biden, who is widely considered to be a potential frontrunner for the Democratic presidential nomination in 2020, according to CNN. "He's weak. So, we'll see what happens with him."

While Biden has not made a final announcement on whether or not he'll run for president, he has not shied away from depicting himself as being the best man for the job.

"I think I'm the most qualified person in the country to be president," Biden said while visiting University of Montana in December. "The issues that we face as a country today are the issues that have been in my wheelhouse, that I've worked on my whole life."

Trump and Biden have exchanged harsh words in the past. In March, Biden told the University of Miami College Democrats that "when a guy who ended up becoming our national leader said, 'I can grab a woman anywhere and she likes it' and then said, 'I made a mistake.' They asked me would I like to debate this gentleman, and I said no. I said, 'If we were in high school, I'd take him behind the gym and beat the hell out of him,'" according to CNN. In response to this, Trump tweeted that Biden "is trying to act like a tough guy. Actually, he is weak, both mentally and physically, and yet he threatens me, for the second time, with physical assault. He doesn’t know me, but he would go down fast and hard, crying all the way. Don’t threaten people Joe!"

Biden made similar remarks during the 2016 election, when he told a campaign rally in Pennsylvania that "the press always ask me, 'Don't I wish I were debating him?' No, I wish we were in high school — I could take him behind the gym. That's what I wish."

"We never would have lost Pennsylvania, and all my relatives — the Finnegan family — who voted for Donald Trump because they felt slighted by Hillary and her campaign. We never would have not gone to Michigan as the campaign decided not to do because they felt entitled to the votes of those people. Assumptive politics is losing politics. You have to work for every single vote and people have to know individually, collectively and severally that you care about them, that they’re important," Frank Biden explained.

According to a CNN Poll from last month, Biden would have the support of 30 percent of Democrats and Democratic-leaning independents if he sought the presidential nomination in 2020. This would not only put him in the lead, but would give him more support than the three runners-up (Sen. Bernie Sanders of Vermont, Rep. Beto O'Rourke of Texas and Sen. Cory Booker of New Jersey) combined. By contrast, a recent Daily Kos survey found Biden farther down among the pack: Sen. Elizabeth Warren of Massachusetts had the most support with 22 percent, then O'Rourke with 15 percent, Sen. Kamala Harris of California with 14 percent, Biden at 14 percent and Sanders at 11 percent.