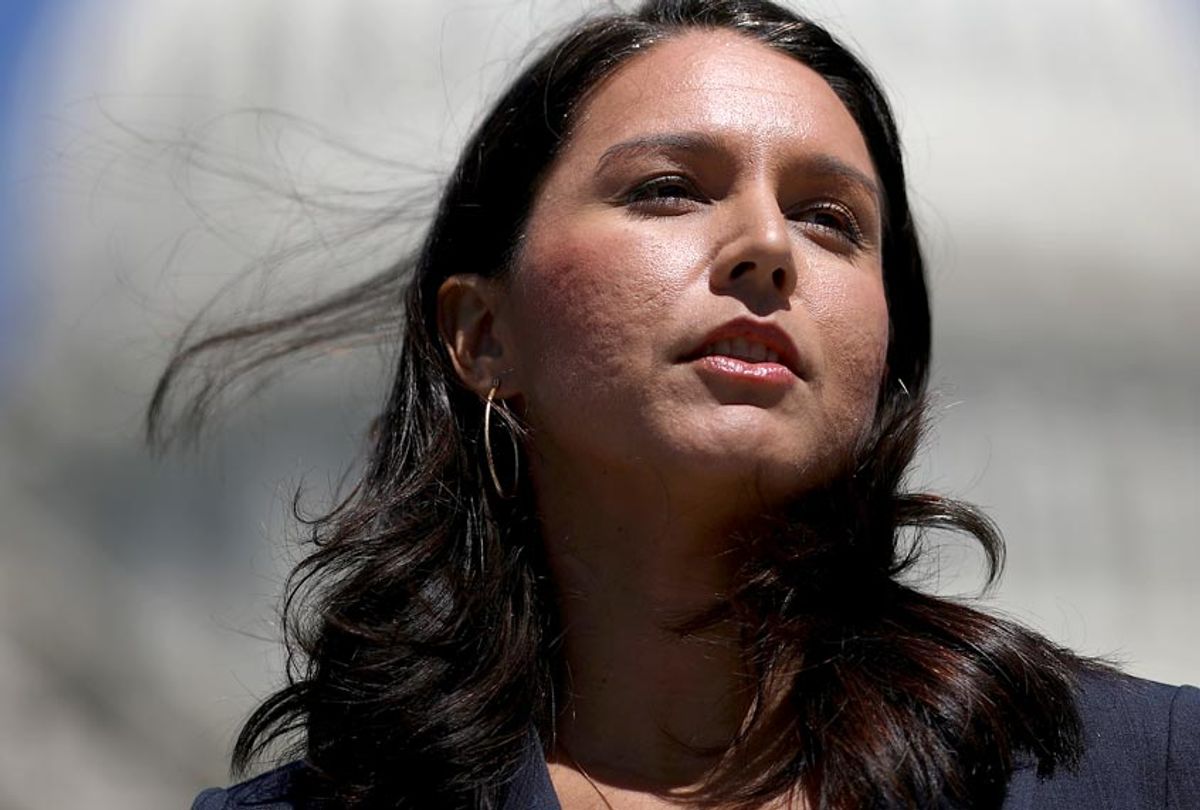 The presidential campaign of Rep. Tulsi Gabbard, D-Hawaii, has already hit a major stumbling block only days after its unofficial launch.

After Gabbard told CNN’s Van Jones that she plans to run for president, the network published a report on Sunday that drew renewed scrutiny to her long history of bigotry toward homosexuals, including support for the discredited practice of conversion therapy. As CNN reported, Tulsi's father Mike Gabbard ran a political action committee called The Alliance for Traditional Marriage that worked to thwart politicians and legislation which supported gay rights and passed an amendment to the Hawaiian constitution in 1998 that allowed the state legislature to "reserve marriage to opposite-sex couples."

Her father's anti-gay activities also included serving as director of Stop Promoting Homosexuality, serving on the steering committees of the National Campaign to Protect Marriage and the Hawaii-based coalition, Save Traditional Marriage and hosting an anti-gay radio show, Let's Talk Straight Hawaii. When his daughter Tulsi was elected to Hawaii's legislature at the age of 21, she pointed to her father's political activities as a major source of inspiration.

"Working with my father, Mike Gabbard, and others to pass a constitutional amendment to protect traditional marriage, I learned that real leaders are willing to make personal sacrifices for the common good. I will bring that attitude of public service to the legislature," Gabbard told the Honolulu Star-Bulletin in 2002.

Fast forward seventeen years and Rep. Gabbard — who has now positioned herself as pro-gay rights — sent this statement to CNN shortly after announcing her intention to run for president:

"First, let me say I regret the positions I took in the past, and the things I said. I'm grateful for those in the LGBTQ+ community who have shared their aloha with me throughout my personal journey," Gabbard wrote.

She added, "Over the past six years in Congress, I have been fortunate to have had the opportunity to help work toward passing legislation that ensures equal rights and protections on LGBTQ+ issues, such as the Equality Act, the repeal of DOMA, Restore Honor to Service members Act, the Employment Non-Discrimination Act, the Safe Schools Improvement Act and the Equality for All Resolution. Much work remains to ensure equality and civil rights protections for LGBTQ+ Americans and if elected President, I will continue to fight for equal rights for all."

While Gabbard's past views on gay rights are perhaps the most shocking, there are other issues where she has taken stances that have raised concerns among progressives. She was one of a handful of Democrats to meet with Donald Trump shortly after he was elected in 2016 — and after that, met with Syrian dictator Bashar al-Assad, according to The Guardian. She has also expressed "skepticism" about whether Assad's regime is responsible for chemical attacks in Syria, supported adding restrictions to refugees fleeing to the United States from Syria and Iraq and used the phrase "radical Islam" when describing Muslim terrorists, even though the expression is criticized as an anti-Muslim dogwhistle.