Trump rejected an offer by Sen. Lindsey Graham, a Republican, that would have allowed him to reopen the government 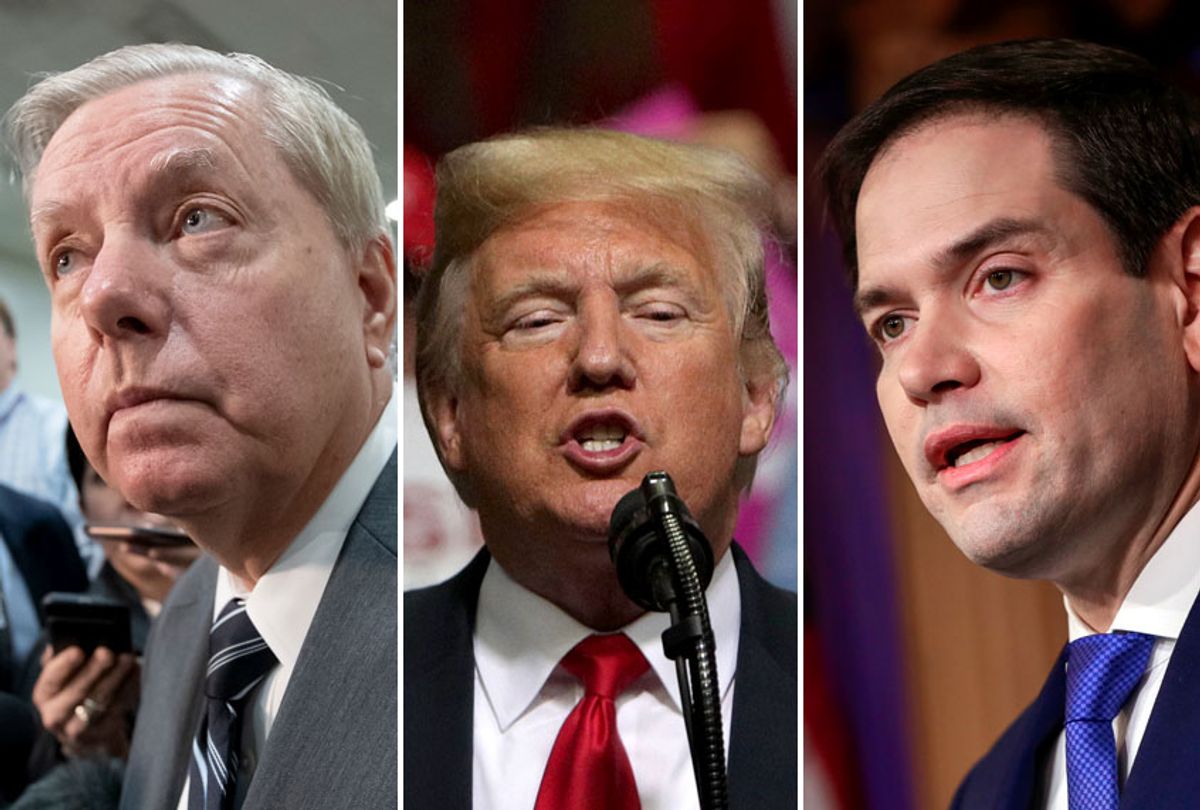 President Donald Trump has rejected an idea by Sen. Lindsey Graham, R-S.C., that would end the government shutdown and possibly even allow the president to obtain his US-Mexico border wall.

The president told reporters outside the White House that he had rejected an idea from Graham that the closed portions of the government reopen so that funding negotiations, including those pertaining to a border wall, can resume, according to Reuters. The government shutdown is motivated by Trump's desire for $5.7 billion in border wall funding, which congressional Democrats are refusing to grant him unless the government is first reopened.

"So, we have found, in the past, presidents declared emergencies for different things," Graham said on "Fox News Sunday," according to a transcript by Real Clear Politics. I am going to support him. Before he pulls the plug on the legislative option, and I think we are almost there, I would urge them to open up the government for a short period of time, like three weeks before he pulls the plug, see if we can get a deal. If we can't at the end of three weeks, all bets are off, see if he can do it by himself through the emergency powers. That's my recommendation."

He added, "But I think the legislative path is just about shut off because Nancy Pelosi, the leader of the House, said, even if you open up the government, I will give you $1 for the wall. As long as that's the case, we are never going to get a legislative package no matter what the Senate does."

Rep. Peter King, R-N.Y., a member of the House Intelligence Committee, offered qualified support for Graham's suggestion during an appearance on Fox News on Monday.

"To me this should not be that tough a deal. I would call on both sides, I'm sort of in the same boat as Lindsey Graham here. I mean, to me the Democrats have always supported a wall in the past. Give the president his wall. If they want to take some of the money out, fine..." King began to say. When he was interrupted and informed that Trump has already rejected Graham's idea, King said that he would still like Trump to do that, but added "even if they don't, they don't have to reopen the government to get this done quickly." He also said that Democrats could receive concessions on Deferred Action for Childhood Arrivals and individuals with Temporary Protected Status.

This has not stopped Republican leaders in the party's institutions and in Congress from trying to shift blame to Democrats.