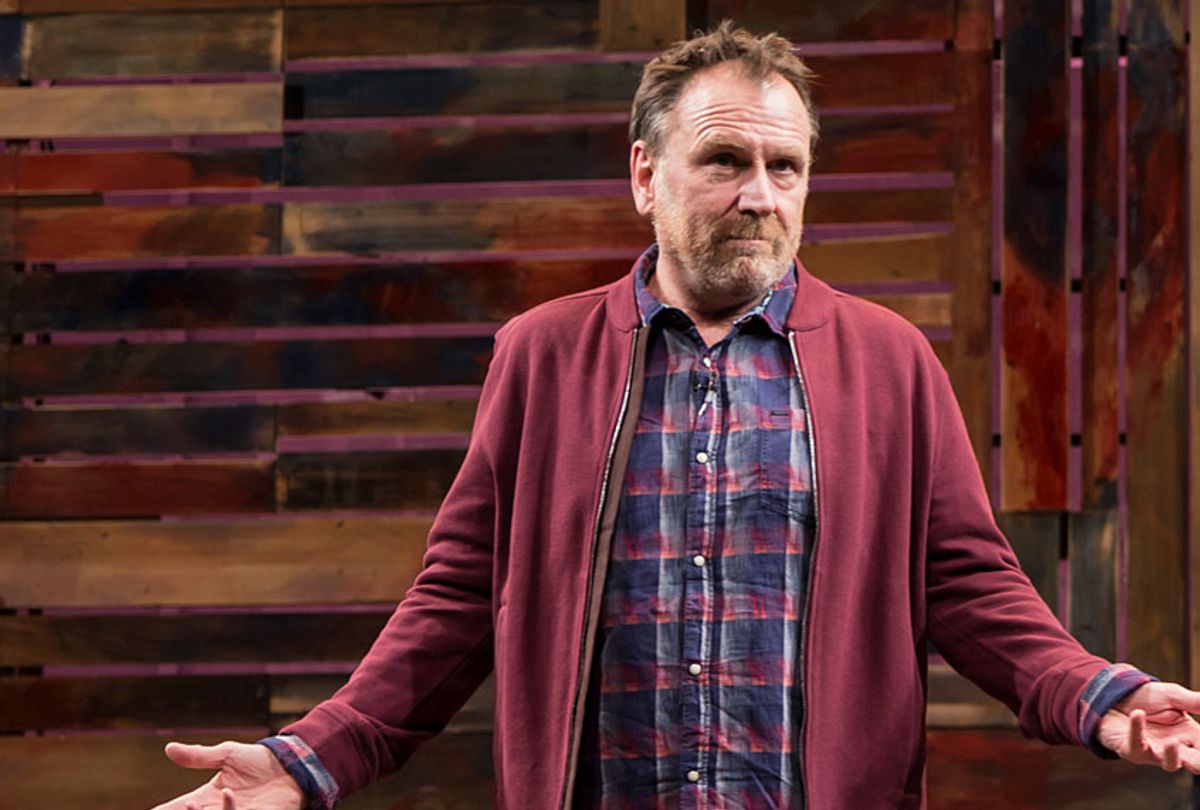 Comedian Colin Quinn, known for everything from anchoring Weekend Update on "Saturday Night Live" to his hilarious off-key singing decades ago on MTV’s “Remote Control” to his recent series of critically acclaimed one-man shows, is now talking war. Quinn believes a civil war is coming between the red and blue states, and a “bloody one” at that. Worst of all he thinks the red states will win. “You guys don’t have the guns,” he joked to me during our “Salon Talks” episode this week.

But while Quinn, whose new one-man show “Red State Blue State” is currently running in New York, isn’t certain when that civil war would start, he’s clear that we are in the midst of a hot war — that is, the war on comedy being waged by President Donald Trump, and even more so by political correctness gone wild.

There’s no doubt, Quinn noted, that Trump is cut from the same cloth as dictators in third world countries who want to feared, not laughed at. After all, in October 26 Trump called for Quinn’s old show SNL to be cancelled for mocking him, and even demanded that the White House Correspondents’ Association (WHCA) not have a comedian at its annual dinner, because Trump objected to the jokes at last year's. Trump won that battle, as the WHCA recently announced that it will not have a comedian perform at its 2019 dinner, ending a 30-year tradition.

"The first couple of times in the debates, he was funny," Quinn said on thin-skinned Trump. "That's why he does all his live appearances, not just to get his base going — he's addicted to the laughs. He keeps trying the same, except he's not smart enough to write the material, so he's doing the same jokes."

But Quinn believes the main culprit in the current war on comedy is political correctness. “Things offend me, comedians offend me,” Quinn noted, explaining that when doing political comedy, “you have to offend people.”

Quinn slammed the idea that comedian’s words should be parsed like elected officials, describing it as almost “Orwellian.” "The fact that people are this focused on stand-up comedians' words is a little weird," Quinn told me. And he declared, "Comedy's never positive. Comedy is not talking about the lighter side. It's talking about the people's flaws and society's problem. It's not a positive thing."

No doubt some will be up in arms in response to Quinn’s view that racism in today’s America has no objective definition, but is rather defined by “mob rule” on social media, as we saw recently with the controversy surrounding Kevin Hart and hosting the Oscars.

Quinn is far from a cringe comic who says things simply to shock. He has long been a comedian who wants to challenge our views using comedy about political and societal issues. Agree or disagree with Quinn, he truly doesn’t care. His goal is to make you laugh and think. If you happen to get angry too, well, in Quinn’s view, that’s a bonus.

Dean Obeidallah is the host of the daily national SiriusXM radio program, "The Dean Obeidallah Show" on the network's progressive political channel. Dean is also a columnist for The Daily Beast and contributor to CNN.com Opinion. He co-directed the comedy documentary "The Muslims Are Coming!" that uses humor to counter anti-Muslim bigotry and is the co-creator of the annual New York Arab American Comedy Festival. Follow him on Twitter @DeanObeidallah and Facebook @DeanofRadio