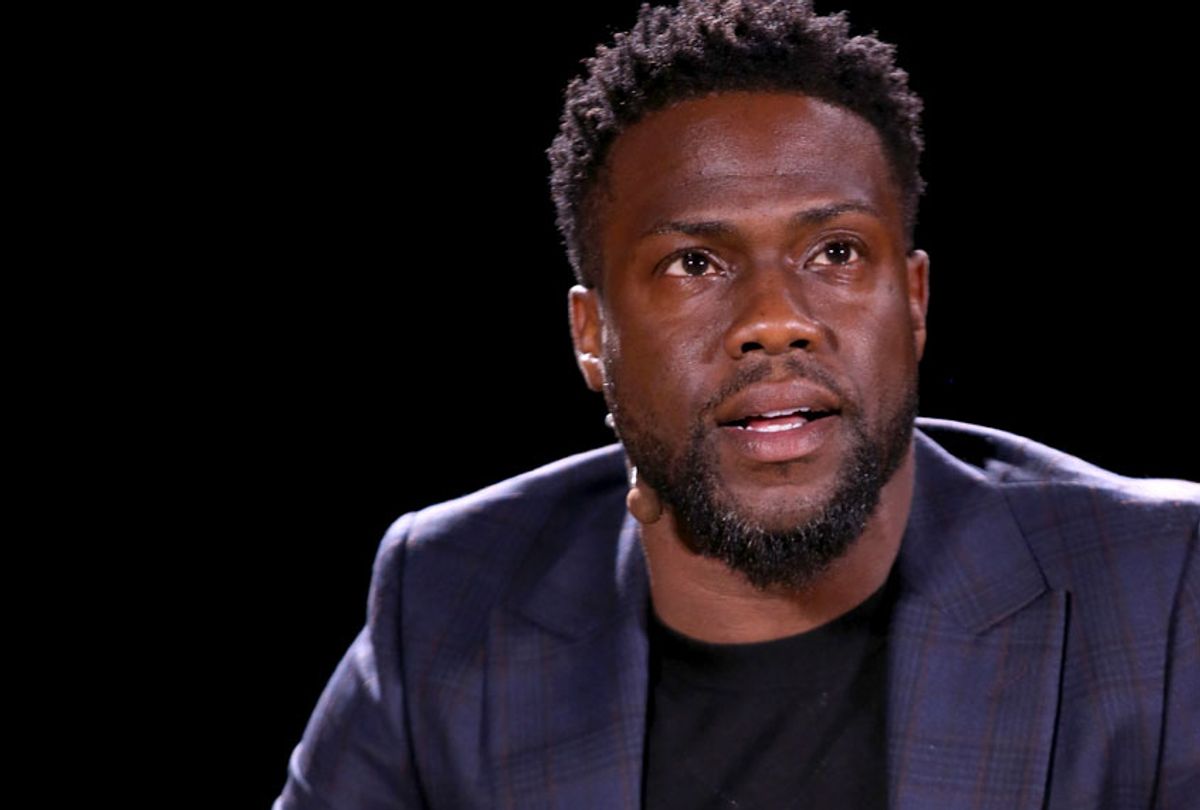 Kevin Hart is no longer hosting the 2019 Academy Awards. Sending out a series of tweets just after midnight Friday morning, the comedian announced that he was stepping down from a job he has long said he wanted to do, after first refusing to apologize and take accountability for past homophobic tweets and jokes.

"I have made the choice to step down from hosting this year's Oscar's," he wrote, days after it was first publicly revealed that he had taken the job. "This is because I do not want to be a distraction on a night that should be celebrated by so many amazing talented artists. I sincerely apologize to the LGBTQ community for my insensitive words from my past."

"I'm sorry that I hurt people," Hart continued, and left open the possibility of hosting in the future. "I am evolving and want to continue to do so. My goal is to bring people together not tear us apart. Much love & appreciation to the Academy. I hope we can meet again."

His apologetic tweets contrasted with a more indignant message he posted earlier that day. On Instagram, Hart shared a short video of himself nonchalantly dismissing valid criticisms of past statements, which included making jokes about having a fear of his son being gay, casting the condemnation as pure "negativity" and an inability to accept his growth. He accompanied the bizarre video with a rambling caption: "If u want to search my past or history and anger yourselves with what u find that is fine with me. I'm almost 40 years and I'm in love with the man that I am becoming."

Hours later, Hart doubled down. He posted another video saying the Academy had called him with an ultimatum: apologize for your homophobic tweets or bow out. Hart restated that he would not apologize again, claiming he has done so many times before. "I'm not going to continue to go back and tap into things of old, when I moved on and I'm in a completely different space in my life," he declared in the video. Despite Hart's new tweets apologizing and resigning, both those videos remain on his Instagram.

But Hart's previous addressing of his "old" anti-gay statements, whether made on stage or on Twitter, isn't exactly the sincere contrition he seems to believe. During a 2015 profile, a Rolling Stone journalist mentioned one such homophobic joke from 2010 and Hart responded, "I wouldn’t tell that joke today, because when I said it, the times weren’t as sensitive as they are now. I think we love to make big deals out of things that aren’t necessarily big deals, because we can." That's a far cry from a genuine "I'm sorry."

That same year, Hart revealed that he had turned down a role in the 2008 comedy "Tropic Thunder" because the character was not only gay but "real flagrant." He prefixed this comment by saying he "appreciates and respects" the gay community, but ultimately, he would never be able to play a gay character, because "what I think people are going to think while I’m trying to do this is going to stop me from playing that part the way I’m supposed to."

The Academy has struggled with nailing down its next host, even before Hart's Anthony Scaramucci-quick tenure ended, and the Hollywood Reporter described it as "the least wanted job in Hollywood." The award show has seen declining ratings in recent years and has come under fire for a lack of diversity — not only in its hosts but its voters and the films and artists it honors. #OscarsSoWhite is still just a few years old. At the same time, from the right, the award show has faced criticism for being too political (which is to say, its celebrities too critical of conservatives).

In tapping Hart, the Academy probably recognized the importance of not hiring another white man to follow Jimmy Kimmel as host, and also believed that with Hart's huge popularity and wide reach — he has almost 35 million followers on Twitter and nearly double that on Instagram — his presence would attract a new audience, younger and more diverse. On top of that, Hart wasn't likely to spend the entire show bashing President Trump.

But as Benjamin Lee wrote for the Guardian, "If the Academy wants to progress and remain relevant, handpicking a man with a history of homophobia is a flashing red siren of an issue, a middle finger up to the LGBT community and a sign that Oscars might no longer be quite as white but they remain aggressively straight."

On Thursday, GLAAD said it had reached out to The Academy and Kevin Hart "to discuss Kevin’s anti-LGBTQ rhetoric and record as well as opportunities for positive LGBTQ inclusion on the Oscars stage." On Friday, after the news spread that Hart had stepped down, GLAAD president and CEO Sarah Kate Ellis told CNN that the organization was hoping for a different outcome.

"We were hoping that this was going to turn into a teachable moment, that Kevin Hart would still be hosting the Oscars and he would be using this moment not only to show his evolution around the LGBTQ community, but also to then use the Oscar stage, one of the biggest stages in the world, to help build unity and awareness around the LGBTQ community and how we are marginalized in this country," she said.

Ellis' words highlight an important point. Once Hart's old tweets and jokes were dredged up, many people were just looking for an apology from him — true accountability that prioritizes the LGBTQ community rather than Hart's own comfort and ambitions, to offer a path forward that didn't minimize the jokes Hart has made. For example, his sentiments about not wanting a gay son tap into the same mindsets that in more extreme forms lead to LGBT children traumatized by conversion therapy, brutalized by their parents, and even killed.

Hart is far from the only celebrity — Louis C.K. and Lena Dunham have done this recently as well — to take the frustrating and disappointing approach that the perpetrators of harm or abuse are the ones who get to determine what accountability for that harm should look like. A few half-hearted justifications that the world is too sensitive now is not taking responsibility; stepping away from comedy for some months just to come back and say "it's been a weird year" is not restitution; discrediting a black woman's sexual assault and then claiming it was a teachable moment is not redress. All of these situations show celebrities centering themselves without listening to or engaging with the communities they hurt.

The entertainment world is changing, it's true. Jokes that make LGBTQ people the punchline or that play on racist stereotypes and enforced misogyny may have been more commonplace 10 years ago but they were never funny. And it's a good thing that more people are realizing that comedy at the expense of a marginalized community is never acceptable. But as this country begins to become more conscientious of how pervasive bigotry is/was in politics, in media, and in entertainment, dismissing the past as old news is not a solution for moving forward, and those with privilege shouldn't get to decide what is.

We'll never know if the reactions would have been any different had Hart delivered a genuine apology immediately, vowed to work with GLAAD and to dedicate an Oscars moment to the struggles and triumphs of LGBTQ people, and not because a high-profile job was on the line but because he truly cared about unlearning destructive ideas about gay people and rectifying any harm he has caused. But as he sits at home blaming the "trolls" who took him down, he should reckon with the fact that it was his staunch unwillingness to take accountability that cost him this dream job.