Oscar ratings plunge again: May have been lowest ever 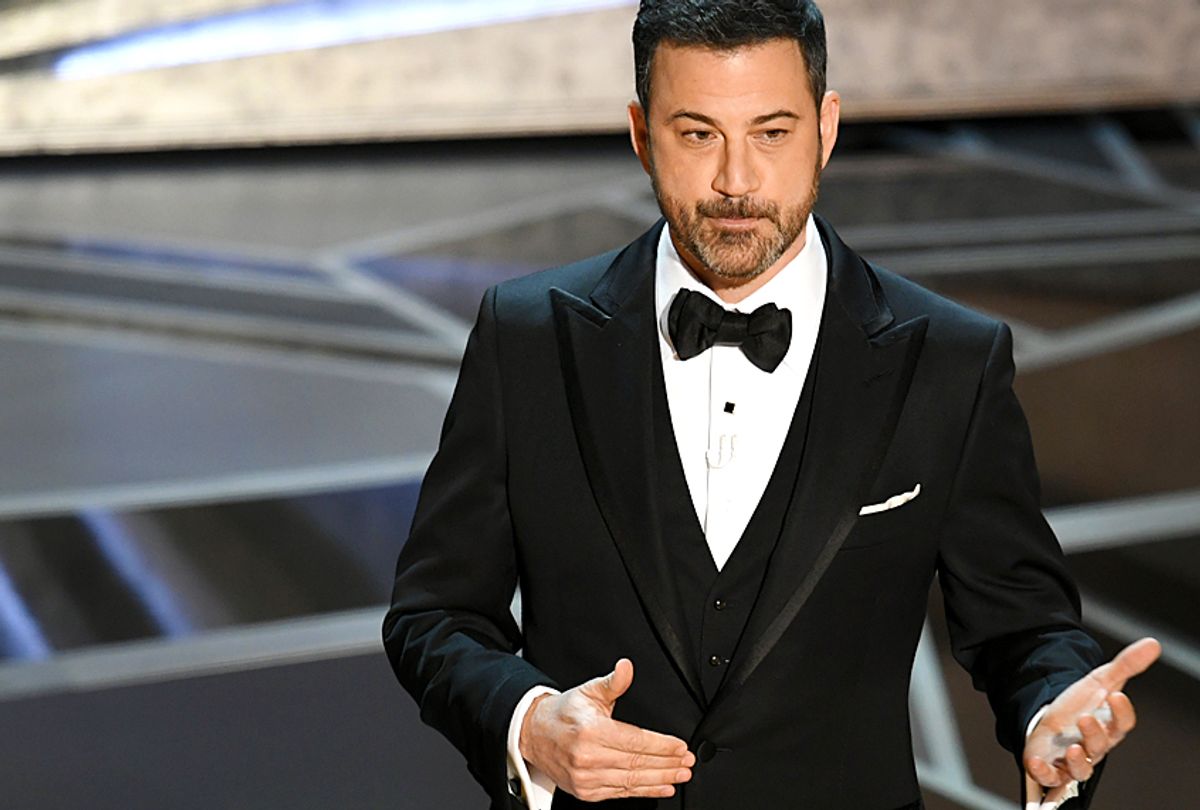 The 90th Academy Awards last night were historic, host Jimmy Kimmel told us, and that was true in more ways than one. Besides celebrating diversity on screen and off — albeit more so in presenters and video montages than in the actual winners — this year's Oscars ratings are heading to an all-time low.

The early numbers show the telecast with an overnight rating of 18.9, a 16 percent drop from last year's awards. That number only accounts for the Oscars' first three hours, and it's likely more viewers tuned in late for the biggest acting awards and best picture.

The Academy Awards' viewership declined last year, too. "The 2017 Academy Awards, which earned a 22.4 overnight rating, ultimately fetched 32.9 million viewers for ABC — as well as a handsome 9.1 rating among adults 18-49," the Hollywood Reporter said. "Still, those numbers reflected the second-lowest in Academy history — which bodes particularly troublesome for Sunday's show. The previous all-time low Oscars took place in 2008, when only 31.8 million viewers tuned in."

The night was largely uneventful, with endearing and powerful moments peppered through. Kimmel gave an entertaining and critical opening monologue, while #MeToo and the fight against sexual harassment in Hollywood became the evening's running theme. Some important attention was given to the plight of immigrants and Dreamers, especially given the animated-feature Oscar won by "Coco," the Disney/Pixar film about the Mexican holiday the Day of the Dead. And Common and Andra Day's performance featured 10 prominent and diverse activists standing behind them, from #MeToo's founder Tarana Burke to trans activist Janet Mock to Black Lives Matter founder Patrisse Cullors, among other figures. But the 90th awards ran long, even by Oscar standards, at three hours and 50 minutes, despite Kimmel promising a jet ski to whichever award-winner gave the shortest speech.

The highest early numbers came in 2005 when Chris Rock hosted the Oscars. But it was Ellen DeGeneres, who hosted in 2014, that garnered the most viewers in the 21st century, according to Deadline, with 43.7 million people tuning in. Nielsen will report last night's complete viewership later today.