Theresa May's Brexit deal suffers crushing defeat in Parliament — so what happens next?

British Parliament overwhelmingly rejects deal May negotiated with EU leaders. Literally no one knows what to do 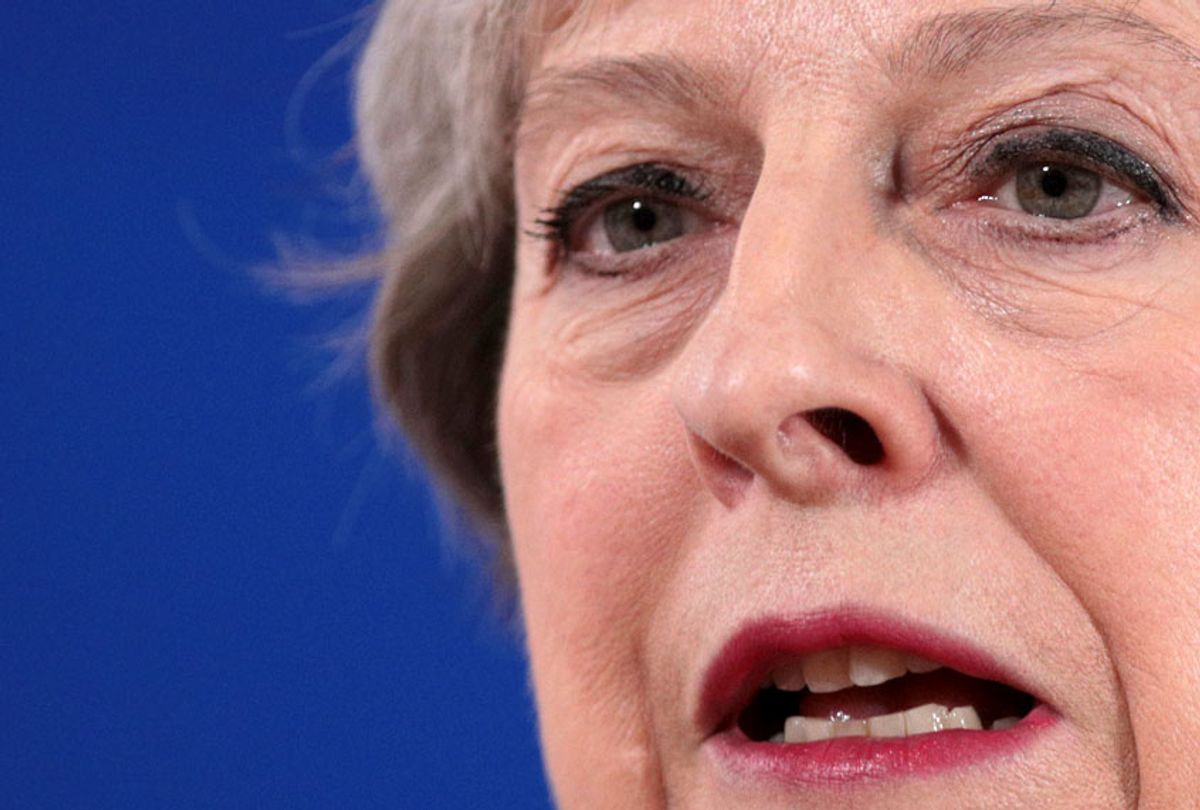 British Prime Minister Theresa May suffered a devastating defeat on Tuesday, when the deal she struck to extract the U.K. from the European Union was overwhelmingly rejected in Parliament. According to the BBC and other sources, this was the largest legislative defeat for a sitting government in British history.

May had tried to convince lawmakers in the ruling Conservative Party, which she leads, that her deal was the best possible option to avoid a catastrophic “hard Brexit” before the March 29 deadline. She never looked likely to succeed, with both “Brexiteers” in her own party and anti-Brexit members of Labour and other opposition parties strongly opposed. But the final result was much worse for May than many had predicted: In the end, 118 Conservative members of Parliament voted with all opposition members against the deal, which was defeated by a vote of 432 to 202.

As the BBC reports, under normal circumstances “such a crushing defeat on a key piece of government legislation would be expected to be followed by a prime ministerial resignation.” To put it mildly, these are not normal circumstances in Britain, which is suffering a severe episode of governmental dysfunction only slightly less obvious than the one in the United States.

May has no apparent intention of resigning, telling Parliament after the vote, “The House has spoken and this government will listen,” and proposing talks between her party and the political opposition “to determine a way forward." With a negotiated deal in ruins and the prospect of an economically devastating “hard Brexit” looming — meaning an abrupt exit from the EU with no agreements in place on trade, customs, immigration and travel — no one has any clear idea what that might be.

Labour Party leader Jeremy Corbyn immediately proposed a vote of no confidence in May’s government, which could force her from office or compel a new national election. Corbyn said such a vote would allow Parliament to “give its verdict on the sheer incompetence of this government.” His party, however, is also internally divided about whether to continue with Brexit in some fashion or seek to reverse the process with a new national referendum. It's only slightly facetious to suggest that Theresa May personally favors staying in the EU but leads a party that has promised to leave it, while Corbyn's situation is exactly the opposite.

Indeed, May could well survive this crisis,  at least for now, although she has already promised not to lead the Tories into the next national election. Many of the Conservative lawmakers who voted against her Brexit deal on Tuesday would likely rather have her in power during this slow-motion disaster than anyone else. No one else in her party seems eager to drink from this poisoned chalice, and most will also be reluctant to risk a new national election they would be likely to lose. The Conservatives already lost their previous majority in the 2017 election, and only remained in power after forging a governing coalition with the Democratic Unionists, a right-wing Protestant party in Northern Ireland.

So the biggest result of this devastating defeat for May appears to be more uncertainty and anxiety, only 10 weeks ahead of Britain’s scheduled withdrawal from the EU. Donald Tusk, president of the European Council, expressed his disappointment with Tuesday’s vote and asked the British government to "clarify its intentions with respect to its next steps as soon as possible." Under the circumstances, that might be a polite, bureaucratic form of trolling.