Protesters have begun to target McConnell in Kentucky 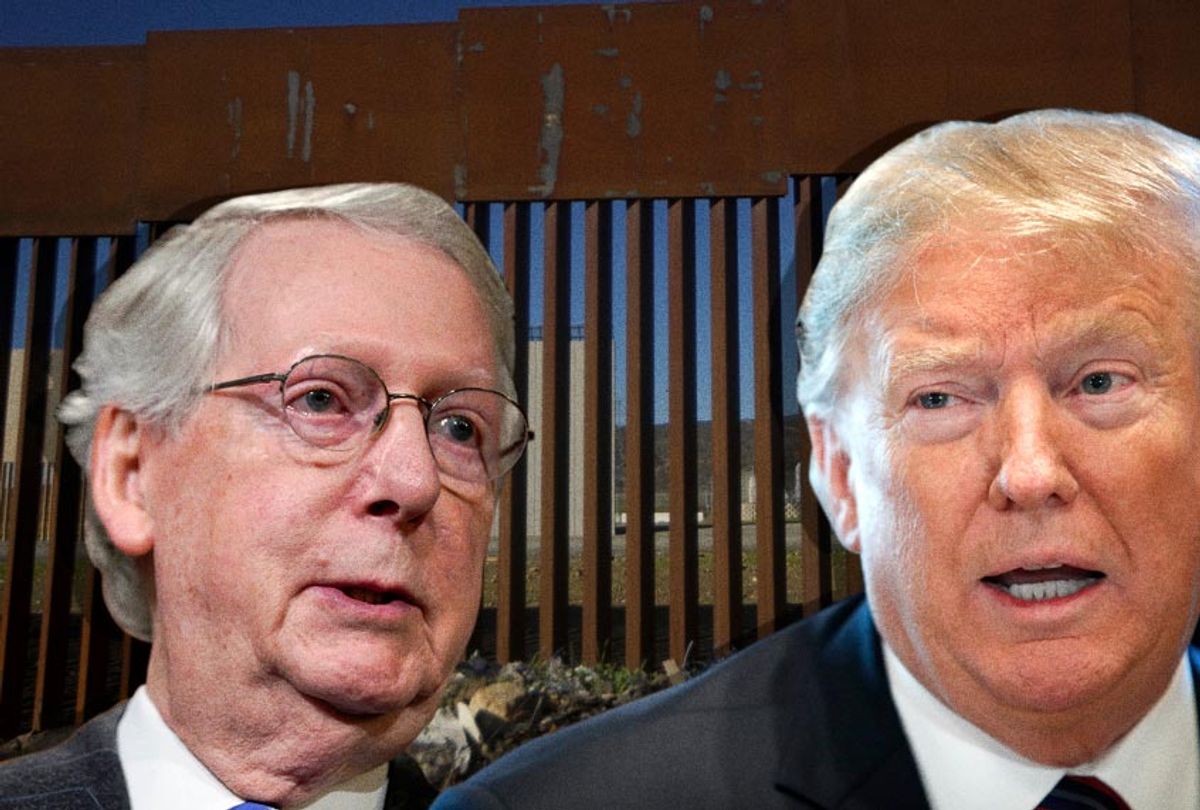 Federal workers' protests outside Senate Majority Leader Mitch McConnell's office in Lexington, Ky. are raising questions about how long the Republican leader can continue his support of President Trump in the face of the longest government shutdown in U.S. history.

Government workers from the Federal Medical Center, U.S. Penitentiary in Lexington and the Federal Correctional Institution of Manchester assembled outside McConnell's office this week to protest the shutdown, according to local CBS affiliate WKYT. The protesters made it clear that their objective was for McConnell, and Congress overall, to vote to re-open the government.

"They don't even know if they can make it to work, yet they're required to work," Jerry Jackson Jr, a union president in Big Sandy, told the network.

"What do we pay now? Do we pay the mortgage, do we save gas money to get to work, what do we do? Do we buy the groceries? So now the times are starting to get tough," Stephen Creech, a union president in Manchester, also observed.

Joseph Gerth of the Louisville Courier-Journal made it clear in a recent editorial that he viewed McConnell's support for Trump as a capitulation.

What is outrageous is McConnell won’t put any pressure on Trump to sign the bill that he voted for in December and that Trump supported before radio talk show hosts howled about it.

God forbid the Republican McConnell even consider overriding the veto of a president of his own party.

While there is little question that many Kentuckians are outraged about the shutdown, that won't necessarily hurt McConnell's political career in the state.

"The short-term political effects of a development like a government shutdown would be minor. People don't watch and react to political events that quickly," Stephen Voss, associate professor of political science and a specialist in elections and voting behavior at the University of Kentucky, told Salon. "When something like the shutdown would have a real political impact is as it drags on and families start to feel the pain and that pain can be advertised, can be publicized statewide. So if this thing ended soon, it's unlikely the voters would remember it long enough for McConnell to pay any cost at all. If it really drags on, though, you could see a backlash against it start to emerge. The political damage is not going to come from the kinds of people who show up to protest outside his office. Those would be particularly politically motivated voters who are not McConnell supporters anyway. And federal workers tend to vote Democratic anyway."

Voss added, "The question is, can those types of voters and activists get the message out to people who aren't that politically engaged and get their support and sympathies?"

McConnell, for his part, has tried to cast blame on congressional Democrats. This week he attempted to find fault with House Speaker Nancy Pelosi, arguing that the "very distinguished congresswoman from San Francisco, has decided that opposing President Trump comes before the security of our borders," according to McClatchy DC.