Is the public finally learning that Trump's "art of the deal" was always hot air? Right now he's trapped and alone 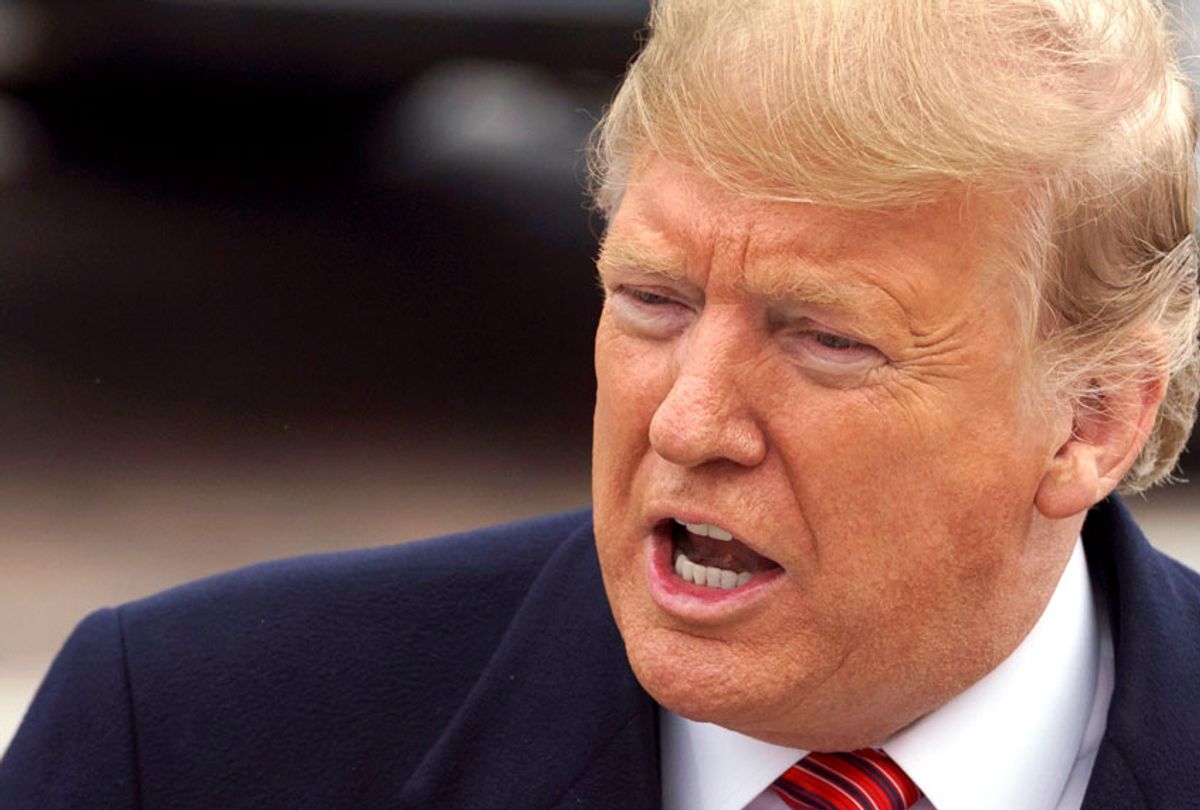 If you look at polling during the Trump era, it becomes clear that researchers have discovered that many voters are misinformed  about the president. Many actually believe that Donald Trump is a massively successful self-made billionaire. His lifelong penchant for hype and the exposure he got from the scripted reality show "The Apprentice" convinced many people that he was a tremendously gifted businessman.

As the New York Times reported in its massive exposé of the Trump family business going back to the 1960s, Trump was a millionaire before he was out of diapers -- and his repeated failures in business were all because of his lack of business acumen. Researchers discovered that had voters known about this, it would have changed the minds of a meaningful percentage of those who voted for Trump.

He gets a 5 percent boost in public approval when people believe he came from humble roots because they conclude he must have empathy toward people like them. When people learn that isn't true, there's a big shift:

[A]ttitudes toward Trump may be polarized along party lines, but this information does have noticeable and statistically significant effects on evaluations of Trump’s character. For Democrats, who already see Trump as lacking empathy, this information makes them think of him as even less empathetic. But among Republicans, the information is even more damning, reducing perceptions of empathy by more than 10 percentage points.

Perceptions of Trump's business acumen, which are fairly high among voters of both parties, are also subject to a significant shift. When they find out that his daddy bailed him out his whole life, Republicans reduce their admiration for his skills by 9 points and Democrats by 6. These are small differences, but considering how close the election was in 2016, it's something worth thinking about for 2020.

I suppose it's not fair to blame people for the false impression. Trump claimed to be the best negotiator in the world. He must have said it a thousand times. He even paid a ghostwriter to write his original book, "The Art of the Deal" and all the subsequent ghosted books about his alleged negotiating prowess. Just before he announced his presidential candidacy, he put it this way:

Deals are my art form. Other people paint beautifully or write poetry. I like making deals, preferably big deals. That’s how I get my kicks.

I'm sure he preferred "big deals," but in the end all of them were massive duds. Trump was reduced to getting his kicks making dozens and dozens of small deals, slapping his name on dicey condo developments and cheap consumer products to keep the cash flowing. He was smart enough to get his money up front and when the products failed to sell, as they usually did, he and the family had already pocketed their profit.

Americans shouldn't have to refer to any of that in making a judgment about Trump's abilities today. We've seen him in action for two years now and, unsurprisingly, his particular expertise has turned out to be completely useless for the presidency. (He may have put it to use collecting illegal emoluments from businessmen seeking favors, but that's not actually in the job description.) Despite his incessant bragging about nonexistent accomplishments, so far we are seeing failure in the negotiating department of epic proportions.

Trump said it would be "easy" to end Obamacare and create a new and better health care plan virtually overnight. Clearly, that didn't happen. That negotiation was a train wreck. He promised to end the nuclear threat in North Korea and staged a big, phony pageant that showed the world what a fool he is, producing an empty agreement which he didn't seem to understand. He insisted that he could end the Israeli-Palestinian conflict. He did "renegotiate" NAFTA, which most experts say was a waste of time that resulted in very little change for no good reason. His trade war has produced nothing but bad feelings and rotting crops. And needless to say, his big promise to make Mexico pay for his wall is turning out to have been his Waterloo.

Even Trump's immigration muse, Ann Coulter, said this week that it turns out his negotiating skill was "exaggerated."

Trump doesn't seem to realize that demanding what he wants and then getting up and saying "bye-bye" when the other side doesn't immediately agree isn't actually negotiating. He's shown more than once that his word is no good so nobody can trust him. Last year he agreed to a complex and difficult immigration deal in which both sides were able to win some priorities. He not only backed out after having agreed, he did it in a rude and dismissive fashion. This year he signed off on a Republican continuing resolution to avoid a shutdown and then cowered in the face of right-wing media commentators like Coulter, reversing himself at the last minute. How do you make a deal with someone like this?

I too gave him more credit for savvy than he has shown in this latest standoff. I thought for sure he would take the available off-ramp and declare a national emergency to build the wall, thereby throwing the issue to the courts. His base would see him as a big hero taking matters into his own hands and the rest of the government could reopen. Sure, that would have set a bad precedent but since when does Donald Trump care about such things?

It's obvious that at this point, for Trump, it's as much about beating Nancy Pelosi as it is building the wall. He is outmatched there, I'm afraid. Pundits have taken to referring to her rescinding the invitation to give the State of the Union Address as some kind of  PR move. But she knew Trump was looking forward to it, and denying him his platform until he agrees to reopen the government is a pressure point.  Trump's response was just petty retaliation with no other purpose.

The New York Times reported this week that Trump has taken to whining to Mick Mulvaney, his acting chief of staff, "We are getting crushed! Why can't we get a deal?" It's obvious he has no plan, no strategy and no idea how to get out of this mess.

The Democrats can't give in or this will be the only way he "negotiates" for the rest of his term. That would be a disaster. So, if he refuses to declare his bogus emergency and save face with Ann Coulter, it's going to be up to Mitch McConnell to bring him the bad news. Ultimately McConnell can call a vote and override Trump's veto if necessary to get the government open again. So far, McConnell's been AWOL on the whole thing, but he may have to step up to get the Greatest Negotiator the World Has Ever Known out of his jam -- just like Trump's daddy always did.