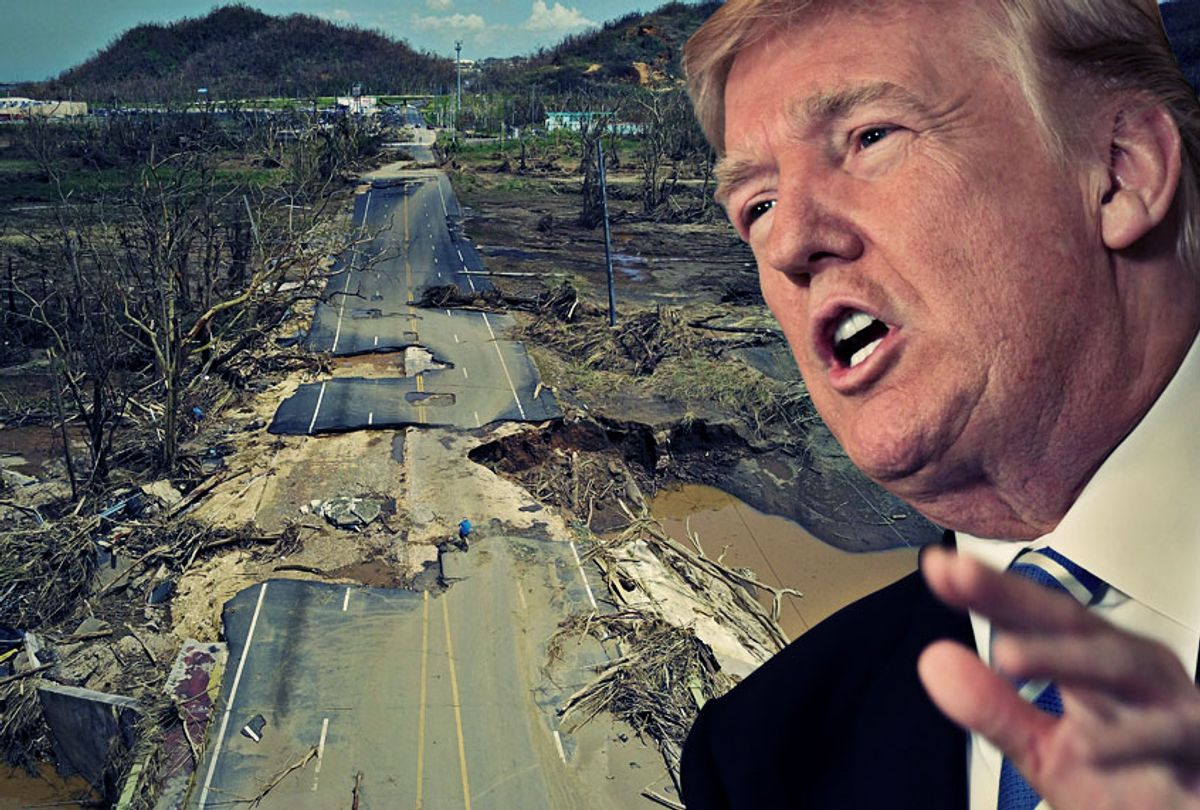 The deputy secretary of the Department of Housing and Urban Development resigned after fighting back against the Trump administration’s attempts to block Puerto Rico hurricane recovery funds.

HUD Deputy Secretary Pam Patenaude, who was second to Secretary Ben Carson at the department and was “widely regarded as HUD’s most capable political leader,” submitted her resignation in December, The Washington Post reports.

According to the report, Patenaude clashed with other members of the administration repeatedly over their proposals.

Last fall, Patenaude fought for Puerto Rico to receive the disaster recovery funds granted to them by Congress after President Trump flew into a rage over a false conspiracy theory that the U.S. commonwealth's government was using the money to pay off its longstanding debt.

Trump told top officials that he did not want a single dollar to go to Puerto Rico, wrongly claiming that it was misusing the funds. A source described Trump at the time as “not consolable about this.”

Patenaude insisted that the money appropriated by Congress must go to Puerto Rico, which she visited more than half a dozen times during her tenure. She later flew to the island to convince leaders to set up an oversight system to ensure that they received the funds.

At other times, Patenaude clashed with administration officials over their handling of an Obama-era fair housing rule that required communities receiving funding from HUD to address patterns of racial segregation. Carson suspended the rule, saying it was “burdensome.”

“These jobs are all-consuming,” she said. “There are no ulterior motives. I’m not mad at the administration.”

She also denied that she “pushed back” on the administration’s plan to defund the Puerto Rico recovery effort.

“I didn’t push back. I advocated for Puerto Rico and assured the White House that Puerto Rico had sufficient financial controls in place and had put together a thoughtful housing and economic development recovery plan,” she said.

But a HUD official told the Post that Patenaude is leaving the administration because she feels she succeeded in maintaining the funding for Puerto Rico’s recovery.

“Pam Patenaude showed the most commitment to Puerto Rico of any of the public officials inside the Trump administration,” added Carlos Mercader, executive director of the Puerto Rico Federal Affairs Administration.

Patenaude, who had worked on and off at HUD since the Reagan administration, leaves a massive experience void at the top of the department. HUD has also lost Neal Rackleff, the assistant secretary of community planning and development, and Michael Bright, the executive vice president and chief operations officer at the Government National Mortgage Association, or Ginnie Mae, in just the last two months.

“She knows the HUD building, the issues, the policies and the politics. She was an especially strong and important counterpoint to Secretary Carson’s early lack of knowledge on any of the issues that he was expected to lead on,” Diane Yentel, president and chief executive of the National Low Income Housing Coalition, told the Post. “When she battled some of the more ideologically far-right members of her administration, she typically won.”