Rep. Alexandria Ocasio-Cortez expressed support for rapper Cardi B in her Twitter debate with Tomi Lahren 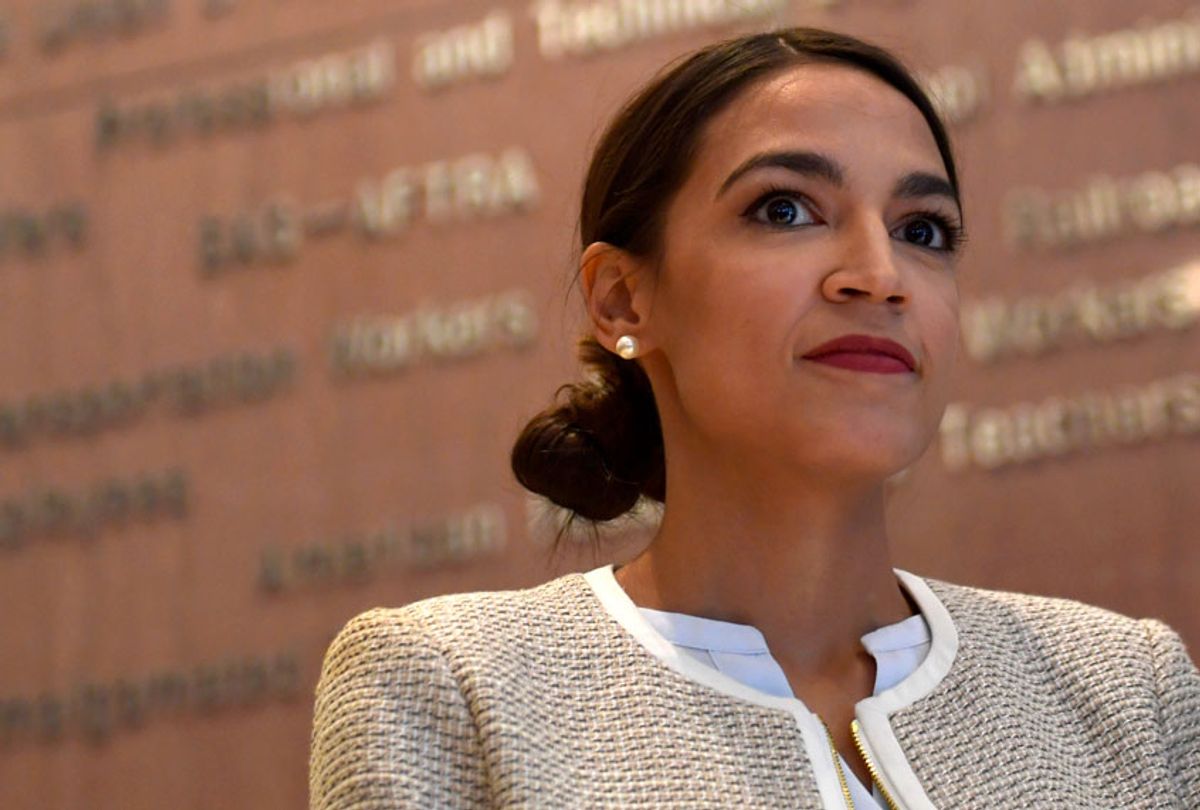 Rep. Alexandria Ocasio-Cortez, D-N.Y., took to Twitter to defend her fellow Bronx native, rapper and singer Cardi B, as the entertainment star engaged in a heated war of words with right-wing commentator and Fox News personality Tomi Lahren.

"Why do people think they can mess with Bronx women without getting roasted?" Ocasio-Cortez tweeted on Sunday morning. "They act as though our borough hasn’t been perfecting the clapback game since the Sugarhill Gang ? y’all just found it on Twitter."

In response to Ocasio-Cortez's tweet, Lahren wrote, "Aren’t you the same girl who whines about Trump inciting violence? Now you applaud it because it’s against a female conservative you disagree with politically? Convenient. P.S. I do fully acknowledge @iamcardib is smarter than YOU."

After Collider writer Ryan Satin insulted Lahren for not being "even smart enough to check Google for the definitions of clapback and roasted — which don’t incite violence in the slightest bit," the Fox News personality responded, "While you’re at it, look up 'dog walk you.' Let me know what you find."

She later tweeted, "Look up 'dog walk you,' and tell me what you find. This whole thing is textbook Democrat. You whine about violence and do PSAs about bullying but applaud, encourage & laugh at threats towards people who think differently than you. THEN you justify it with labels like 'racist.'"

Lahren was correct in pointing out that the term "dog walk" is slang for physically assaulting another person. Lahren committed a faux pas of her own, however, when she misinterpreted one of Cardi B's responses to a conservative critic. After a Twitter user named "White Bread" asked Cardi B if she was going to pay for his insurance and be allowed to pick his own doctor and plan, the rapper replied, "Im paying about 4 million in taxes this year so most likely I am Paying for your insurance ....That’s if your favorite president don’t take my tax money for his wall Mr white bread."

While this tweet was obviously meant to criticize Trump for opposing the Affordable Care Act and supporting an expensive border wall, Lahren overlooked the context of the tweet and responded as if it was a general complaint about higher taxes, writing that "you do realize these high taxes you complain about are the bedrock of the Democratic Party, right? If you want lower taxes and more economic freedom, beware of the party you are rooting for."

Cardi B, who supported the 2016 presidential campaign of Sen. Bernie Sanders of Vermont, is an outspoken supporter of government policies that directly help the economically suffering, including Social Security. She has also spoken at length about her support of President Franklin Roosevelt's famous New Deal programs in the 1930s. Ocasio-Cortez has called for a similarly ambitious plan of social spending, a so-called "Green New Deal."

The feud between Cardi B and Tomi Lahren began when Lahren reacted to videos posted by the rapper last week on Instagram Live that denounced President Donald Trump's border wall and expressed sympathy for federal workers suffering as a result of his government shutdown.

"Looks like @iamcardib is the latest genius political mind to endorse the Democrats. HA! Keep it up, guys! #MAGA2020" Lahren tweeted on Wednesday.

Cardi B replied, "Leave me alone I will dog walk you."

Lahren responded by tweeting, "I’m sure you would. Still doesn’t make your political rambling any less moronic. #BuildthatWall"

Cardi B did not pull punches in her response to this second swipe at her intellect, telling Lahren that "you’re so blinded with racism that you don’t even realize the decisions the president you root for is destroying the country you claim to love so much .You are a perfect example on no matter how educated or smart you think you are you still a SHEEP!"