FAA wants to let drones fly over people, and at night 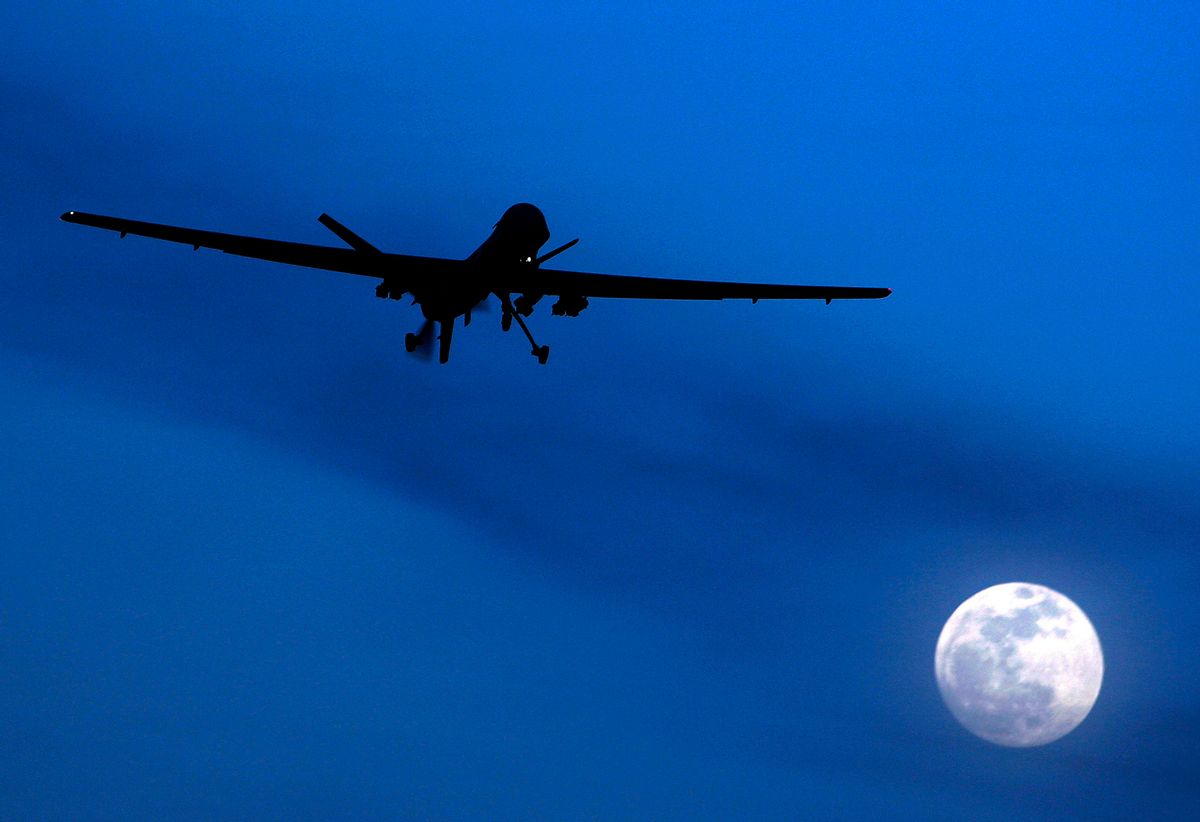 The Federal Aviation Administration (FAA) is playing nice with big business, proposing new rules that would allow small, unmanned drones to fly without a permit over people and even at night.

The new rule would amend Part 107, which applies to drones that weigh under .55 pounds, and requires they be kept in a pilot's eyesight at all time, be flown only during the daylight hours, and not fly over people unless they've been granted a waiver. To date, the FAA states it has received 4,837 waivers — granting just 1,233.

The new rule would amend Part 107 allowing drone operators to fly at night, and "over people in certain conditions," says the draft. But drones would have to be equipped with "an anti-collision light illuminated and visible for at least 3 statute miles." A statute mile is 5,280 feet, which differs from a nautical mile of about 6, 076 feet.

Using drones to make deliveries is a transportation conundrum that major brands have been testing for years. Amazon, Uber, and even Domino's pizza have all put drone delivery services into trial, seeing how well a drone could performing getting a package — or a pizza — to someone's door.

A drone's technology, and a pilot's ability to fly while carrying a package, are certainly one hurdle to overcome. But with drones unable to fly over people with permits, and the FAA granting those to only about 25 percent who apply, it's difficult to use these unmanned aerial vehicles (UAV) to make deliveries in any kind of populated area, or frankly residential neighborhood.

The proposed changes would amend that — and most keenly for drones that weigh, along with their cargo, more than .55 pounds. Drone operations that fall into that category would have to also show that "…if the unmanned aircraft crashed into a person, the resulting injury would be below a certain severity threshold," the FAA proposed. Drone makers could, though, design their drone in any way they see fit — such as a drone that Amazon recently patented that would self-destruct is it began to malfunction, and before it hit the ground.

The FAA has often played a more restrictive role with drone operators — even grounding them during natural disasters, such as hurricanes. But the new proposal seem to dovetail a more welcoming approach from the agency, which launched a pilot program in May with 10 companies to test flights at night and over people in locations including San Diego, California and Raleigh, North Carolina — exactly what's outlined in the new rules.

Support for the new proposed rules are already coming in, including from DJI, which makes commercial and also consumer drones such as the Mavic Air, citing the benefits of having UAVs flying in the dark over your home.

"We are pleased that the Department of Transportation recognizes the importance of allowing drones to do productive work over people, and that they encourage manufacturers to develop creative ways to meet safety standards," said Brendan Schulman, DJI Vice President of Policy & Legal Affairs. "We will review these proposed rules to evaluate how well they can be implemented in practice, and we intend to submit comments to help inform and support the agency's work of ensuring that drones continue to reach their full beneficial potential."