Dr. King pushed for racial justice and economic justice, understanding that they are inextricably linked 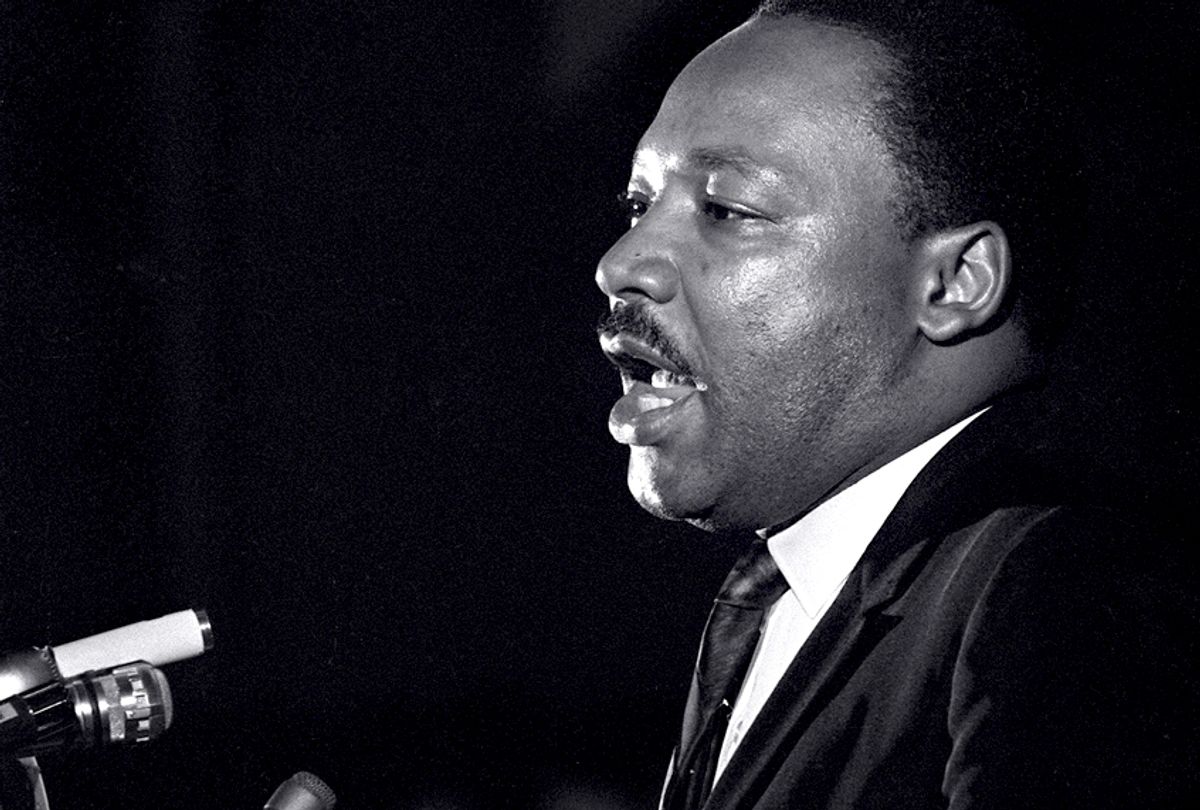 We live in a divisive time, where the president of the United States focuses on our differences instead of our common humanity. Though Dr. Martin Luther King was controversial, he sought to unite us, to appeal to our better angels.

Dr. King believed strongly in the dignity of all of us. He understood that we are all created equal.

Because of these beliefs, he pushed not just for racial justice, but for economic justice, understanding that they are inextricably linked. He worked tirelessly for worker security, economic equality, and social justice.

Indeed, when Dr. King was assassinated in Memphis, Tennessee, he was there to support sanitation workers who were on strike for decent wages, safer working conditions and the recognition of their union. For weeks before his death, he spent time planning a Poor People’s March on Washington.

Three years before his assassination, he gave a sermon in the Ebenezer Baptist Church in Atlanta, Georgia, in which he said:

“[In the 1963 ‘I Have a Dream’ speech,] I tried to tell the nation about a dream I had. I must confess to you this morning that since that sweltering August afternoon in 1963, my dream has often turned into a nightmare; I’ve seen it shattered. . . I’ve seen my dream shattered because I’ve been through Appalachia, and I’ve seen my white brothers along with Negroes living in poverty. And I’m concerned about white poverty as much as I’m concerned about Negro poverty.

“So yes, the dream has been shattered, and I have had my nightmarish experiences, but I tell you this morning once more that I haven’t lost the faith. I still have a dream... I still have a dream this morning that truth will reign supreme and all of God’s children will respect the dignity and worth of human personality. And when this day comes the morning stars will sing together and the sons of God will shout for joy.”

Dr. King was focused on the poorest among us. Consistent with King’s concerns, Social Security is the nation’s most effective anti-poverty program. But, unlike means-tested programs, Social Security is designed not just to alleviate poverty, but to prevent working families from falling into poverty in the first place.

The values embodied in Social Security are Dr. King’s values and beliefs. Indeed, they are basic American and religious values. Among those values are that it is our birthright as human beings to have dignity, freedom and independence; that we have responsibilities and concern for ourselves, our families, and our neighbors; and that we are all connected, sharing the same risks and benefits.

Fortunately, the American people recognize the importance of Social Security and value it. Numerous current and past polls show that the overwhelming majority of Americans value Social Security, recognizing that it will be more important in the future. For that reason, they oppose cutting its modest but vital benefits and would like to see it expanded.

The Democratic Party recognizes that, as well. The 2016 Democratic Party Platform called for expanding, not cutting, Social Security. So did around 90percent of all Democratic senators and members of the House of Representatives who served in the last Congress. Since virtually all of the newly elected Democrats support expanding, not cutting, Social Security, those percentages are likely even larger today.

The new Congress is poised to move us closer to Dr. King’s dream of greater economic justice and reduced poverty. Chairing the Social Security Subcommittee of the House Ways and Means Committee will be Representative John Larson (D-CT), who is determined to expand, not cut, Social Security’s benefits. In addition to across-the-board increases, he wants to make sure that low-wage workers do not retire into poverty after a lifetime of work.

Representative Larson plans to hold hearings not just in Washington but around the country. Those hearings will shine a spotlight on the truth that as the wealthiest nation in the world at the wealthiest moment in its history, the United States can easily afford to expand benefits. Hearings will demonstrate how vital Social Security is to all of us. They will reveal that Social Security is important to seniors, to children, to people with disabilities, to African Americans, to women, and to everyone else. Once the truth is revealed, enactment of the wise and popular proposal to expand, not cut, Social Security will surely follow.

I see no better way to honor Dr. Martin Luther King’s memory than to increase the economic security of all of us. That includes raising the minimum wage. It includes protecting and strengthening workers’ rights to collectively bargain. It includes increasing Supplemental Security Income, nutrition assistance, and other means-tested programs. And it includes expanding Social Security and completing the job of improving Medicare and expanding it to all of us.

On this anniversary of Dr. King’s birth, let’s all do our part to demand that our elected leaders enact legislation that strengthens our economic security. Those who stand in the way should know that we are watching and we vote.