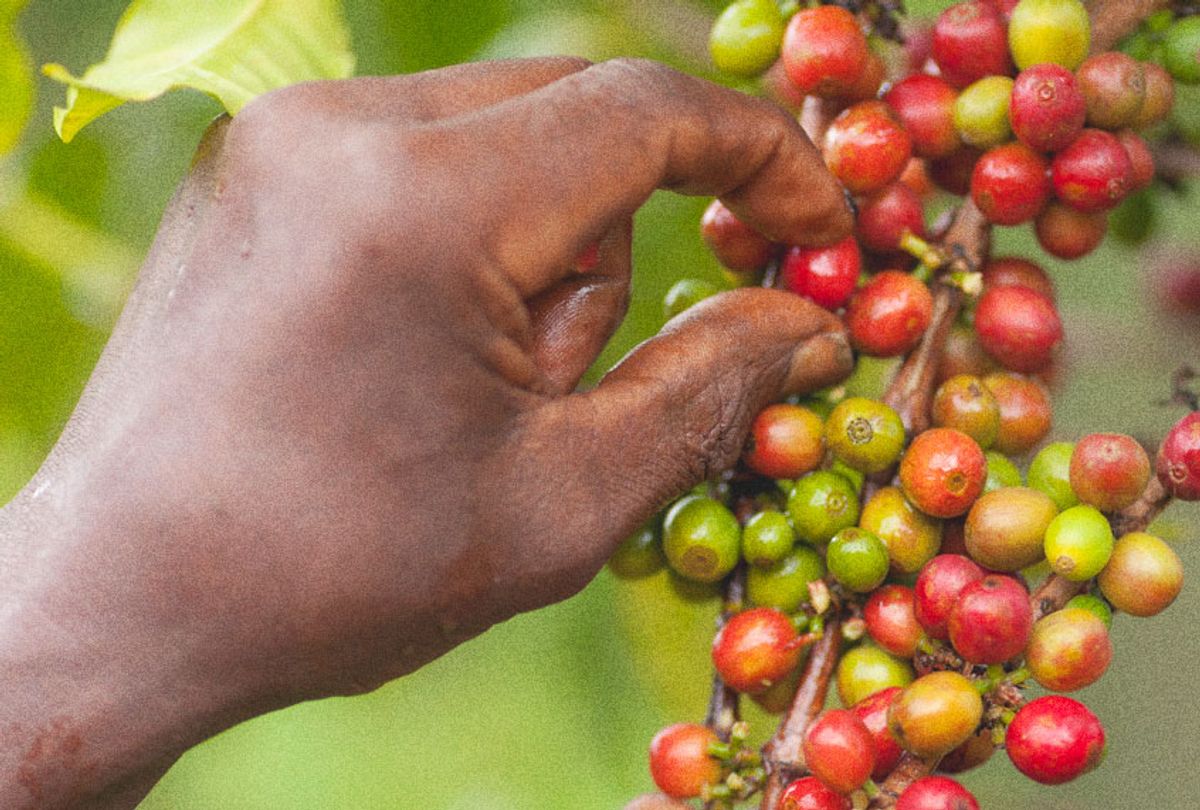 The more that scientists study Earth’s changing climate, the better we understand the myriad risks posed by rising carbon dioxide emissions. Indeed, we recently learned that, in the last 40 years, human activity has caused a 60 percent decline in the size of populations of mammals, birds, fish, reptiles, and amphibians. In a similar vein, a new study by researchers at Kew Royal Botanic Gardens shows that 60 percent of the world’s coffee species are at risk of extinction. As if a future with fewer animals wasn't grim enough, one wonders if a planet low on coffee might just spring some politicians into action.

In the report published in Science Advances, researchers in the United Kingdom and Ethiopia applied the International Union for Conservation of Nature’s Red List of Threatened Species criteria to 124 wild coffee species (the maximum number known to scientists), to which they devised a prioritization system. Using a gap analysis for germplasm collections and protected areas, researchers concluded 60 percent of all coffee species are at risk of extinction, giving scientists insight into which species should be prioritized for conservation and crop development. Beyond the 60 percent at risk, an estimated 35 of the 124 species grow in areas without conservation protections.

"The important thing to remember is that coffee requires a forest habitat for its survival," senior researcher Aaron P. Davis told CNN. "With so much deforestation going on around the world, wild coffee species are being impacted at an alarming rate."

Researchers state in the report that 60 percent is especially high compared to a “global figure of 22 percent for all plants.”

Coffee trading around the world relies specifically on two species: Arabica and robusta. Arabica, which accounts for slightly more global production, has been farmed for about a millennium. In the last century, there have been many advancements in sustainable growing of both species, but researchers in the report warn that new threats are “evident.”

“These [threats] include climate change, especially the increasing incidence and duration of drought, the spread and escalating severity of devastating fungal pathogens, most notably CLR [coffee leaf rust] for Arabica in Central and northern South America, and coffee wilt disease for robusta in Africa, the emergence and/or spread of other diseases and pests, and social, economic, and market-based factors,” researchers state. “Meeting these challenges will require clear vision, a broad range of interventions, and good governance.”

“While it may be some time before we generate enough data to treat all coffee species in this way, these findings signal considerable additional concern for the fate of coffee species when climate change projections are included in extinction risk assessments,” researchers state.

In a study from 2012, researchers predicted Arabica could go extinct by 2080. Researches in the latest study ask that their findings could serve as motivation to protect areas in which the wild coffee species exist.

“Ultimately, we need to conserve existing wild coffee species in situ to ensure the preservation of remaining genetic diversity,” researchers state. “This objective necessitates a major commitment and would require input by multiple stakeholders, from host countries and externally.”

Researchers added that a sense of urgency is needed, since there are hundreds of millions of coffee farmers around the world.

“At a time when so much focus is on addressing food security and livelihood income shortfalls for farmers, it is of great concern that the raw materials for possible solutions are highly threatened,” researchers stated.