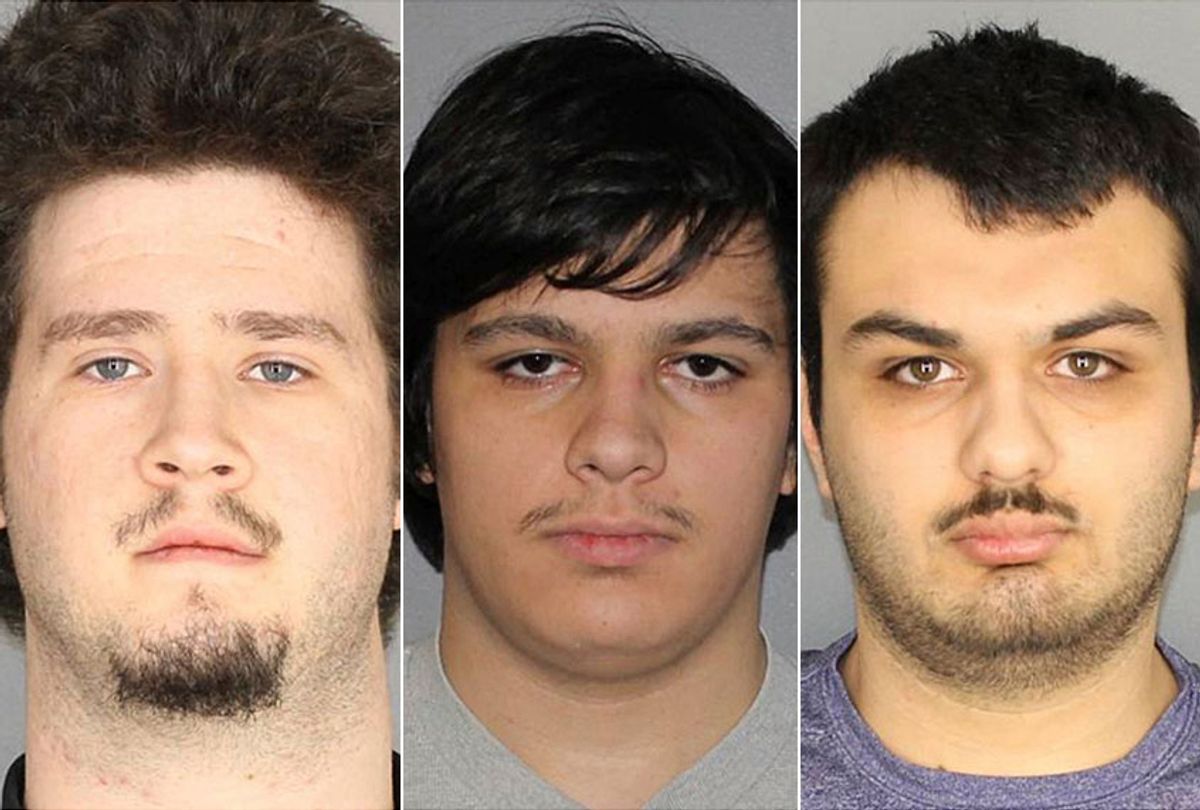 Brian Colaneri, 20, Andrew Crysel, 18, Vincent Vetromile, 19 and an unidentified fourth individual, who is a juvenile, were arrested and charged with criminal possession of a weapon and conspiracy, according to The New York Times. Although federal charges may be filed, none have been so far.

Greece Police say three of the four suspects knew each other because they were involved in Boy Scouts.

The juvenile was charged with the same offenses as an adolescent offender and may be the same person who showed his fellow high school students a photograph and said that that individual looked like a potential school shooter.

Enough of those students — who attend school at Greece Odyssey Academy in Greece, N.Y. — were alarmed that they reported the comments to school officials. When local police became involved, they uncovered a plot to attack a rural Muslim community northwest of New York City called Islamberg. The attack was going to include 23 firearms and three homemade bombs.

As of Wednesday morning, all four suspects remained in custody: the juvenile is being held on a $1 million bail while the three adults are being held on $50,000 cash bails and $100,000 bonds. According to the Times' account about Greece’s police chief, Patrick Phelan:

Mr. Phelan said the four suspects had been planning their attack for about a month. They communicated on Discord, a group chat app created for video gamers that later became popular among far-right activists.

Officials only discovered the planned attack through their investigation at the school, Mr. Phelan said.

Had students not come forward with their concerns, he said, “people would have died.”

According to the Southern Poverty Law Center, anti-Muslim hate crimes in the United States "typically hold conspiratorial views regarding the inherent danger to America posed by its Muslim-American community. Muslims are viewed as a fifth column intent on undermining and eventually replacing American democracy and Western civilization with Islamic despotism, a conspiracy theory known as 'civilization jihad.'"

The site added, "Anti-Muslim hate groups allege that Muslims are trying to subvert the rule of law by imposing on Americans their own Islamic legal system, Shariah law. The threat of the Muslim Brotherhood is also cited, with anti-Muslim groups constantly attacking Muslim civil rights groups and American Muslim leaders for their supposed connections to the Brotherhood. Many of these groups have pushed for the Brotherhood to be designated a foreign terrorist organization."

The SPLC also pointed out that "a shift in targets has also taken place recently with the Syrian refugee crisis, as anti-Muslim groups have increasingly directed their ire toward the American refugee program. Refugees are commonly depicted as potential terrorist infiltrators by these organizations. Small anti-refugee groups have popped up across the country and fought the relocation of refugees at the hyper-local level."