"Virtually the entire spectrum of Washington officialdom has responded to her with horror," Matt Taibbi writes 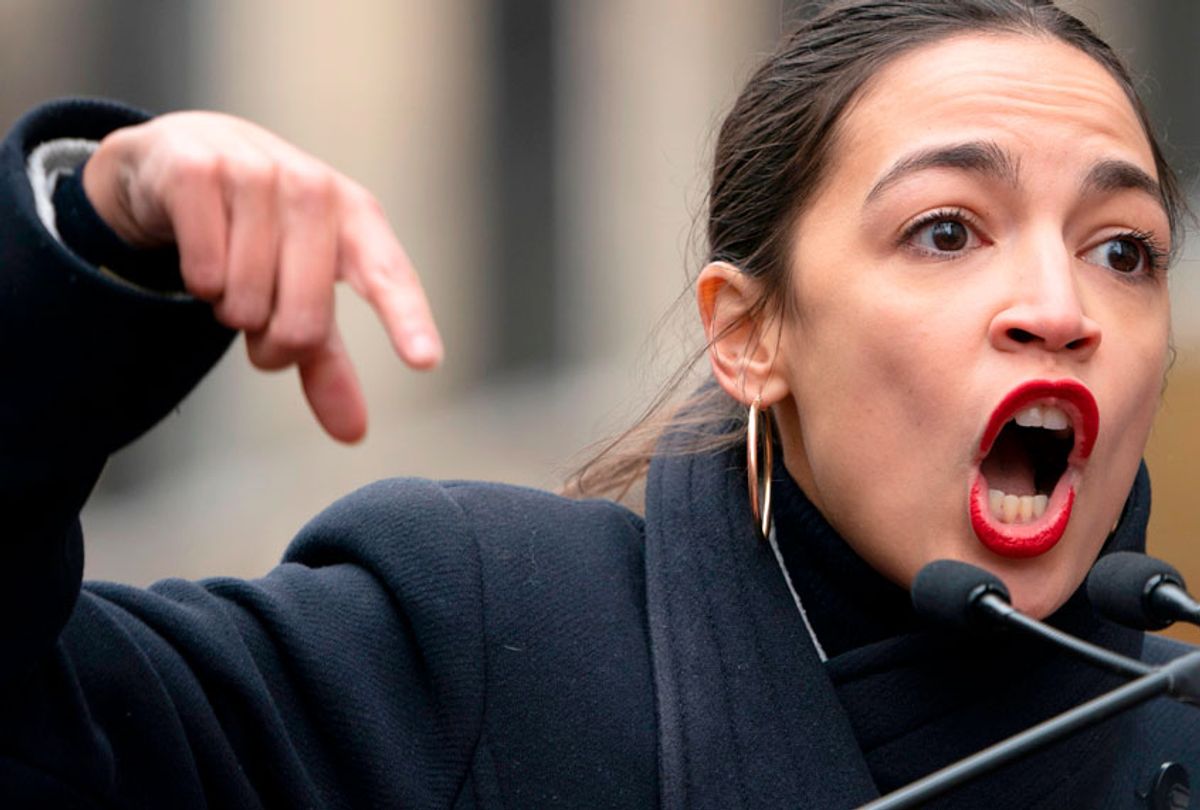 The attacks on Rep. Alexandria Ocasio-Cortez from the far right—and some centrist establishment Democrats as well—have ranged from hysterical to downright silly. And all of this silliness, Rolling Stone’s irreverent Matt Taibbi asserts in his latest article, shows how threatened they are by the 29-year-old congresswoman.

“The real problem most of Washington has with AOC,” Taibbi writes, is that “her self-generated popularity and large social media presence means she doesn’t need to ask anyone’s permission to say anything.”

Taibbi explains that if the New Yorker’s critics “were smart, they’d ignore her”—and the more this “ongoing freakout over newcomer Alexandria Ocasio-Cortez” occurs, Taibbi stresses, the more pathetic those detractors show themselves to be.

“All of AOC’s supporters sent her to Washington precisely to make noise,” Taibbi explains. “There isn’t a cabal of key donors standing behind her, cringing every time she talks about the Pentagon budget. She is there to be a pain in the ass, and it’s working. Virtually the entire spectrum of Washington officialdom has responded to her with horror and anguish.”

One of the Ocasio-Cortez critics Taibbi takes aim at is former Connecticut Sen. Joseph Lieberman, who complained that if she is the Democratic Party’s “new face,” Democrats can forget about having a “bright future.”

Taibbi writes, “How many Democrats, do you think, heard that and immediately thought the opposite—that if Joe Lieberman disapproves, Ocasio-Cortez must be on the right track? Sixty percent? Seventy?”

Taibbi notes that because Ocasio-Cortez is new to Congress, it remains to be seen how much she will accomplish on the job. But the fact that many establishment figures in Washington, DC feel so threatened by Ocasio-Cortez, according to Taibbi, speaks quite well of her.

“I have no idea if Ocasio-Cortez will or will not end up being a great politician,” Taibbi asserts. “But it’s abundantly clear that her mere presence is unmasking many, if not most, of the worst and most tired Shibboleths of the capital.”