What divides us: The wall isn't about "security." It's about competing visions of America

The wall won't stop drugs or crime. It's a symbol that divides those who fear the future from those who embrace it 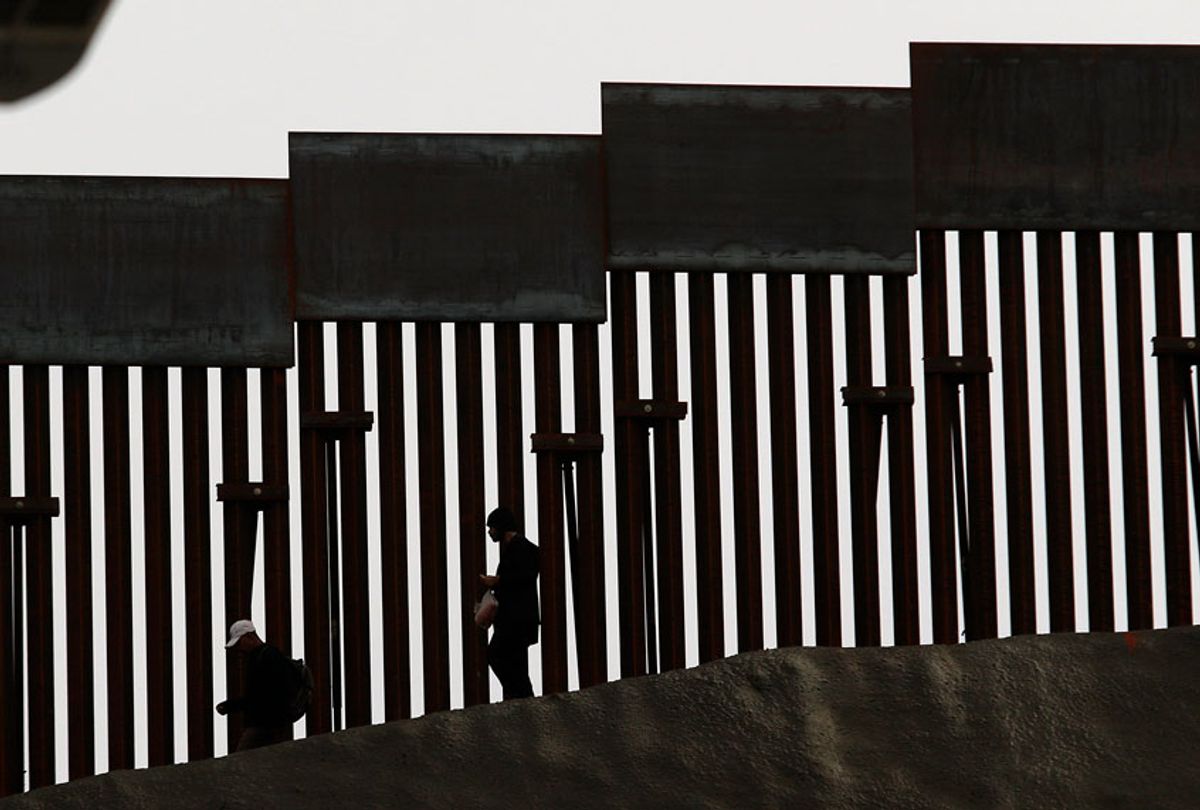 House Speaker Nancy Pelosi has been roundly criticized on the right for saying that Trump's wall is immoral as a reason for refusing to capitulate to his demands. She's been saying that for some time, but was taken to task most recently when she said, "A wall is an immorality. It’s not who we are as a nation."

Setting aside the nonsense about tearing down the existing fencing, the last part of his comment about "strangers" flowing into the country is actually important. These two comments from the leaders of the Democratic and Republican parties provide an excellent illustration of the underlying dynamics of this border wall fight. When Sen. Lindsey Graham, R-S.C., said the other day that the wall had become a metaphor for border security, he was half right. It's become a metaphor for the political divide.

Recent polling from the Public Religion Research Institute (PRRI) reveals that the wall represents something very different to those who support it and those who don't. What it means goes right to the heart of how these different Americans see themselves, their future and their country.

According to the survey results, among all Americans, 58 percent oppose building a wall between the U.S. and Mexico, compared to 41 percent who favor the policy. White Americans without a four-year college degree favor this policy 55 percent versus 35 percent.  And 55 percent of white men favor the wall, compared to 42 percent of white women. (These numbers closely align with other polls from CNN, the Pew Research Center, Quinnipiac and ABC/Washington Post.) That breaks down to 80 percent of Republicans in favor of building a wall along the border, while 80 percent of Democrats and 62 percent of Independents oppose.

But the wall is a symbol for something much more fundamental. CNN's Ron Brownstein wrote a comprehensive analysis of these findings which back up his central thesis of a nation divided between what he calls the Republican "coalition of restoration" versus the Democratic "coalition of transformation." He writes:

In this sharply divided political alignment, the wall looms as a concrete (literally, in earlier versions of Trump's plan) manifestation of deeper views about whether these changes are rejuvenating the country or threatening its traditions.

You won't be surprised to learn that the PRRI poll shows that wall supporters are just as hostile to legal immigration as they are to undocumented immigrants who cross the border illegally. Or that they are upset when they are exposed to people who don't speak English and believe they are threatening our traditional values.  So all this folderol about "border security" isn't really about crime. It's just about keeping foreigners out of the country.

These folks have similar attitudes about race and gender too. Wall supporters see no problems with systemic racism or police violence,  and in fact believe that whites are more discriminated against than African-Americans. They don't believe feminism reflects what most women believe, and a majority of them think men are just as discriminated against as women.

Wall opponents believe the opposite on all those issues. Indeed, it appears that one can fairly well determine what a person's values and beliefs about what America stands for simply by asking their position on the wall.

Starting to feel the heat over the government shutdown from Republicans, President Trump gave a desultory speech over the weekend in which he pretended to offer a compromise on the government shutdown. This would allow DACA recipients as well as immigrants with Temporary Protected Status, or TPS, a three-year reprieve in exchange for a bunch of money to put even more equipment, people and other resources on the border -- as well as, of course, the $5.7 billion Trump is demanding for his wall. Considering that he's the one who withdrew the protections for the DACA and TPS immigrants in the first place, it took some nerve for him to "offer" to allow them to stay in the country temporarily. No one has ever accused Donald Trump of not having chutzpah.

When the White House finally released its full plan on Monday, of course, it turned out to be yet another bait and switch.

As Spencer Ackerman and Scott Bixby of the Daily Beast explain it, this proposal would balloon the ICE budget, with at least $1 billion more than previously allotted, along with an additional 2,000 agents. But that's not the worst of it. The proposal severely limits legal immigration while increasing detention and deportation. Worst of all, it eviscerates the asylum protections for refugees, taking particular aim at Central American children, pretty much making it impossible for them to seek safety in the United States.  According to Ackerman and Bixby:

The bill’s stipulations include the “Central American Minors Protection Act of 2019,” which would create a “new system” for seeking asylum promised by President Donald Trump in a 20-minute speech outlining the proposal. That act would legally bar minors hailing from El Salvador, Guatemala or Honduras from applying for asylum inside the United States, and instead require them to apply at “a Designated Application Processing Center in Central America.”

Remember, the young people in question are fleeing their home countries because they are in mortal danger. As Jonathan Ryan, executive director of the Refugee and Immigrant Center for Education and Legal Services (RAICES) told the Daily Beast, “The first and most critical step in not dying in a house that’s on fire is to get out of the house.”

The proposal is contradictory and logically absurd, filled with Catch-22s that would leave a bunch of kids stranded at the border for months. It also eliminates judicial review, leaving all decisions in the hands of the Director of Homeland Security, whose job under the Trump administration seems to be completely focused on punishing children who cross the Mexican border.

The Democrats have rejected this proposal for obvious reasons. The "deal" to reopen the government is getting more unacceptable to them by the day. It didn't take a genius to see that if they believe the wall is an immorality, doubling down on the cruelty toward Central American children seeking protection and refuge in was not an effective way sweeten the deal.

As we can see in those PRRI poll results, this isn't really about a wall for anybody. Since the supporters only represent 40 percent of the population, if they want to prevail they have to force their worldview on the majority against its will. Holding the government hostage to the point of pain for millions of Americans -- in order to inflict pain on vulnerable refugees and immigrants -- is an exercise of  power to prove just whose country this is. That too is an immorality.