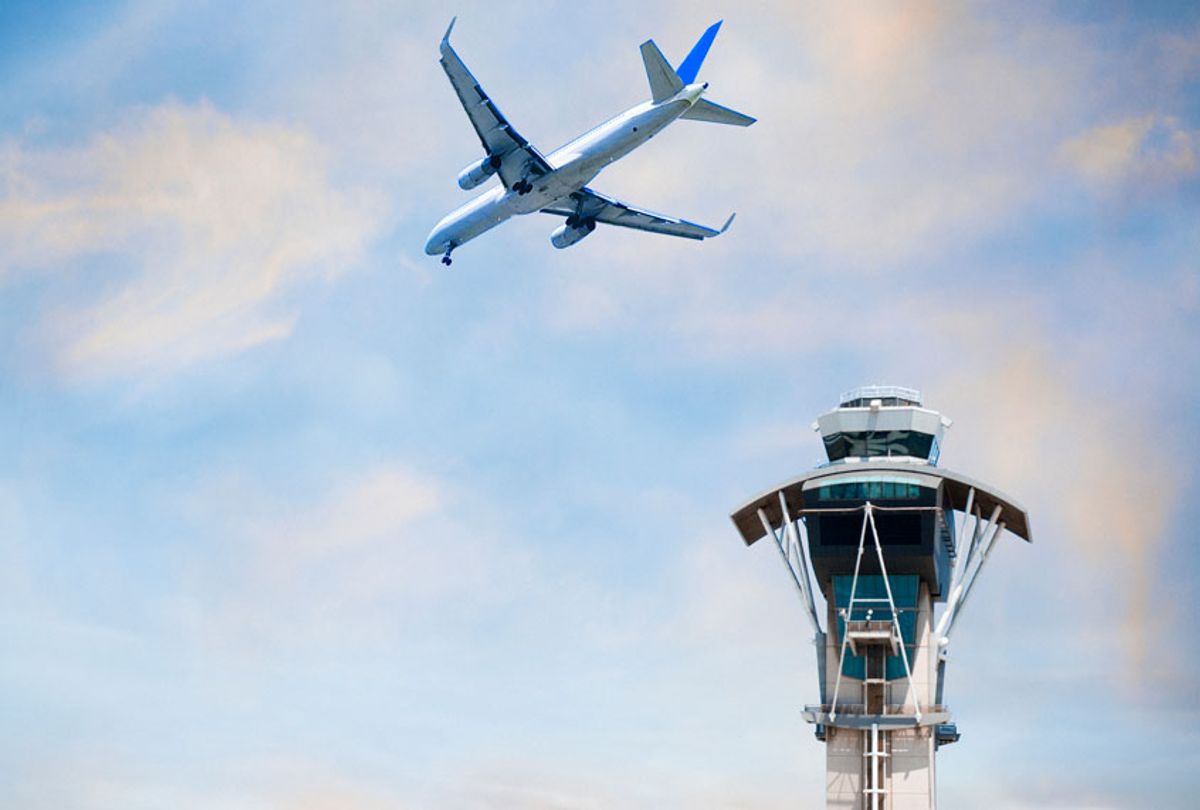 The air traffic controllers union said that many of its members have been forced to take second jobs because they have gone unpaid for weeks and warned that the government shutdown has created an “unprecedented” risk to air travel.

Paul Rinaldi, head of the National Air Traffic Controllers Association -- which is suing President Trump for freezing worker pay during the funding lapse -- told the Washington Post that air traffic controllers already working 10-hour shifts have been forced to take on second jobs as waiters and Uber drivers.

Rinaldi joined with the leaders of unions representing pilots and flight attendants to issue a dire warning that the risk posed by the shutdown is “unprecedented.”

"In our risk averse industry, we cannot even calculate the level of risk currently at play, nor predict the point at which the entire system will break," the statement said.

The union heads called it “unconscionable” that their members were being forced to work for no pay “in an air safety environment that is deteriorating by the day.”

Rinaldi said that along with going unpaid for a month, air traffic controllers have also been forced to work without critical safeguards, tactical specialists, training and support staff, and quality-assurance specialists because those workers have been deemed nonessential. He added that staffing at air traffic control facilities was already at a 30-year low before the shutdown.

“This is a stressful work environment,” Rinaldi told the Post. “What this shutdown is doing is putting the stress on steroids."

The shutdown’s effects could leave long-lasting scars on the agency. New hires are already resigning, Rinaldi said, and the 20 percent of workers who are eligible for retirement are considering leaving the profession altogether.

The Federal Aviation Administration downplayed Rinaldi’s growing concerns. The FAA told CNN in a statement that it has “not observed any appreciable difference in performance over the last several weeks compared to the same periods during the previous two years.”

But Rinaldi says stretching the workers so thin has already led to mistakes and malfunctions caused by the situation.

Rinaldi told CNN he is seeing "fatigue in my work environment right now ... routine mistakes, because they're thinking about which credit cards can I consolidate up for zero interest." He added that equipment has gone without repair and radar systems have gone down.

In all, about 800,000 workers have been put on furlough or are being forced to work without pay. TSA employees at airports have been calling out sick in protest, with 10 percent of scheduled workers missing shifts last Sunday. IRS workers are claiming hardship exemptions and staging similar protests, which could delay tax refunds for Americans who need them most. Federal prison staffing is stretched so thin that secretaries and janitors have been forced to patrol the halls. The FBI warned that the shutdown has crippled some of its investigations and says agents have been forced to rely on food banks to feed their families.

The Trump administration has largely dismissed the pain felt by hundreds of thousands of workers and their families as the president insists he won't sign any funding bill that does not include $5.7 billion for his proposed border wall.

Commerce Secretary Wilbur Ross on Thursday told CNBC he doesn’t “quite understand why” federal workers would have to rely on food banks.

"Borrowing from a bank or federal credit union" is "federally guaranteed," Ross said, so "there's no real reason why they shouldn't be able to get a loan against" the month’s worth of pay they are missing. Ross did not mention the interest rates on those loans.

Trump’s daughter-in-law Lara Trump dismissed the struggles families are going through as just “a little bit of pain,” adding, “this is so much bigger than any one person.”