Special counsel Robert Mueller is looking into the NRA 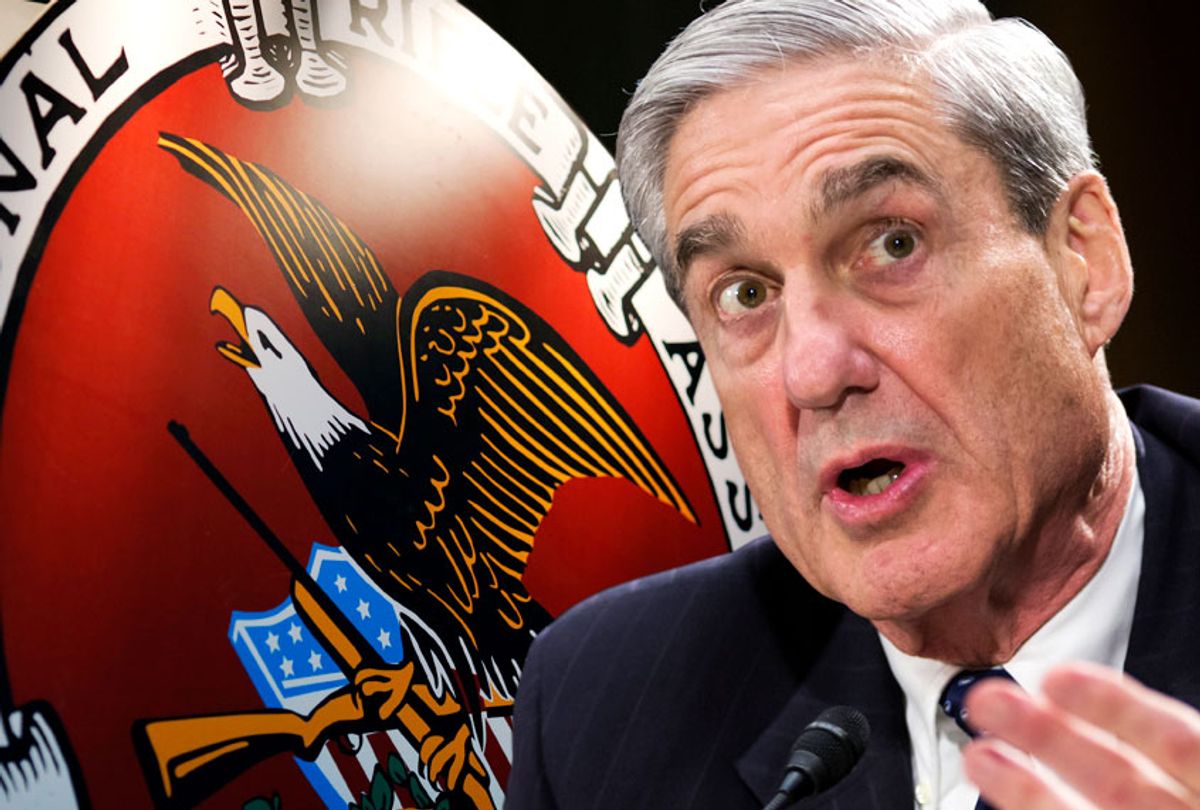 Special counsel Robert Mueller is looking into the relationship between Donald Trump's 2016 presidential campaign and one of the most powerful lobbying groups in America, the National Rifle Association.

Sam Nunberg, a former aide to Trump's campaign, told CNN that "when I was interviewed by the special counsel's office, I was asked about the Trump campaign and our dealings with the NRA."  As the news network reported, Nunberg was asked by Mueller's team of investigators about the nature of the Trump campaign's relationship with the NRA, from how he and his associates first made contact with them and arranged for Trump to speak at their national meeting in 2015 to relevant subsequent events.

There is no indication that Trump was asked about his connections to the NRA in the written questions he received from Mueller's team.

When Salon reached out to Nunberg about this story, he responded that "it's being over reported." After he was asked to elaborate, Nunberg claimed that he "was asked one short question in voluntary." Pressed for further details, Nunberg refused to offer further comment.

The NRA's relationship to Trump has come under scrutiny due to the organization spending $30 million on his campaign in 2016, more than the combined amount it spent on all of the presidential, House and Senate from the 2008 and 2012 election cycles.

This story puts more egg on the NRA's face in the aftermath of the Maria Butina scandal. Butina is a Russian national who pleaded guilty in December to engaging in a conspiracy against the United States. Butina admitted that she built ties with powerful members of the NRA in order to infiltrate Republican political circles, a feat that would in turn help her manipulate American foreign policy to be more favorable to Russia.

Despite the Butina scandal, the NRA has not been officially accused of any illegality by law enforcement. At the same time, the Butina scandal provided authorities with one of their most prominent convictions involving the Trump-Russia scandal and even ensnared Alexander Torshin, a former banker who was slapped with sanctions by the US Treasury Department last year.

In a letter from April to Sen. Ron Wyden, D-Ore., the NRA argued that "any NRA funding received from foreign persons is minimal, is received only for lawful purposes, and has no influence on the content or targeting of our legislative or political communications or any other NRA material." They also claimed that between 2015 and 2018 they had only received $2512.85 from people associated with Russian addresses, a category that they noted could include American citizens living in that country.