The annual confab of the captains of global industry, finance, and wealth is underway in Davos, Switzerland 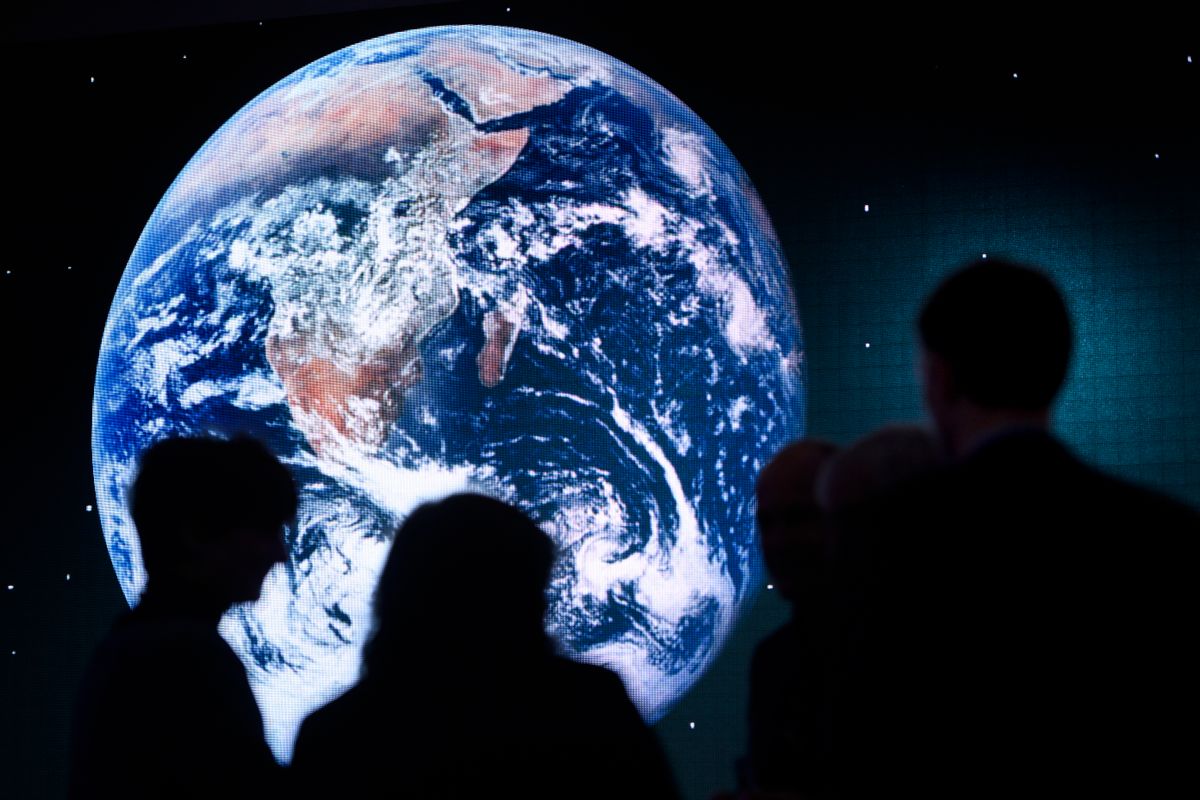 Participants are silhouetted against a picture of the planet Earth on a giant screen during a panel session on the closing day of the 47th annual meeting of the World Economic Forum, WEF, in Davos, Switzerland, Friday, Jan. 20, 2017. (Laurent Gillieron/dpa via AP) (AP)
--

The annual confab of the captains of global industry, finance, and wealth is underway in Davos, Switzerland at the World Economic Forum.

Meanwhile, Oxfam reports that the wealth of the 2,200 billionaires across the globe increased by $900 billion last year — or $2.5 billion a day. Their 12 percent increase in wealth contrasts with a drop of 11 percent in the wealth of the bottom half of the people of the world. In fact, the world’s 26 richest billionaires now own as much as the 3.8 billion who comprise the bottom half of the planet’s population.

If Davos’s attendees ignore all this, and blame the rise of right-wing populism around the globe on racism fueled by immigrants from the Middle East and from Central America, they’re deluding themselves.

The real source of the rise of repressive authoritarianism, nativism, and xenophobia in the United States as well as Italy, Spain, Austria, Poland, Hungary, Denmark, Bulgaria, Greece, France, and Britain is a pervasive sense that elites are rigging the world economy for themselves. And, guess what? They are.

Message to Davos Man (and Women): Either commit to pushing for broader prosperity and democracy, or watch as trade wars, capital controls, and isolationism erode global prosperity (including yours) and global peace.