However, a recent poll revealed that 59% of voters support the idea — and even 45 percent of Republicans back it 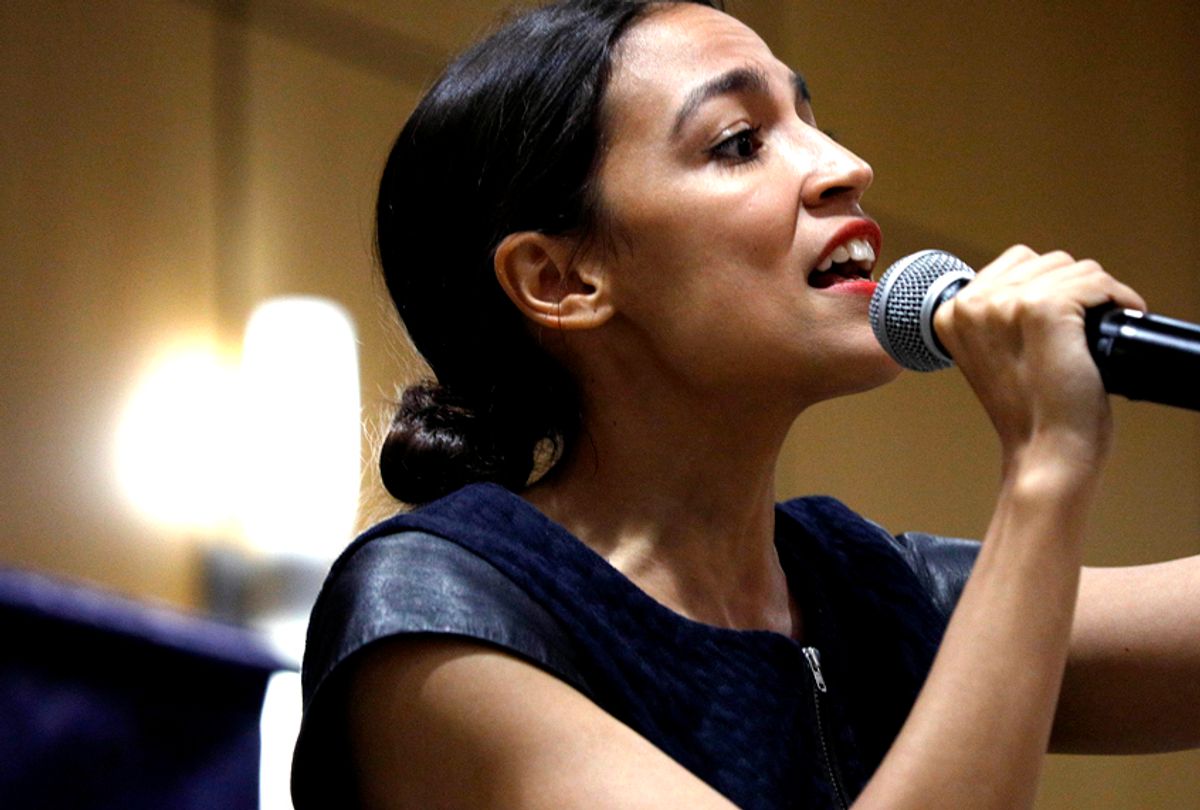 The billionaire and millionaire financiers attending the World Economic Forum in Davos, Switzerland, appear scared of Rep. Alexandria Ocasio-Cortez's (D-N.Y.) proposal of tax-rates as high as 70 percent on the super-rich.

"It's scary," Scott Minerd, global chief investment officer for Guggenheim Partners, told CNBC. "By the time we get to the presidential election, this is going to gain more momentum. And I think the likelihood that a 70 percent tax rate, or something like that, becomes policy is actually very real."

Stephen Schwarzman, the billionaire CEO of private equity giant Blackstone, said sarcastically that he was "wildly enthusiastic" about the New York Democrat's proposed tax hike. He added that "the U.S. is the second most progressive tax regime in the world," suggesting that tax rates rise with higher incomes.

In an interview with CBS' Anderson Cooper, the freshman congresswoman claimed that a 70 percent tax rates on the  super-rich would help fund the ambitious plan to combat the threat of climate change known as "the Green New Deal." The 29-year-old Democrat said the Green New Deal, which aims to eliminate carbon emissions within 12 years, is "going to require a lot of rapid change that we don't even conceive as possible right now." She compared her plan with the progressive tax rate system in the 1960s.

While the elite financiers at Davos and Republican on Capitol Hill have called Ocasio-Cortez's proposal "radical," a recent poll revealed that 59 percent of voters support the idea – and even 45 percent of Republicans back it. The freshman Congresswoman has emerged as a national progressive firebrand and has captured the attention of Americans of all political stripes, despite only being sworn into office earlier this month. She identifies as a Democratic socialist.

Most recently, the 29-year-old congresswoman said she agrees that "a system that allows billionaires to exist when there are parts of Alabama where people are still getting ringworm, because they don't have access to public health is wrong."

Ocasio-Cortez responded to the super-rich's remarks at Davos in a tweet.

"It's wild that some people are more scared of a marginal tax rate than the fact that 40% of Americans struggle to pay for at least one basic need, like food or rent," she wrote. "Imagine if we focused positively, away from fear of the former toward solving the latter."