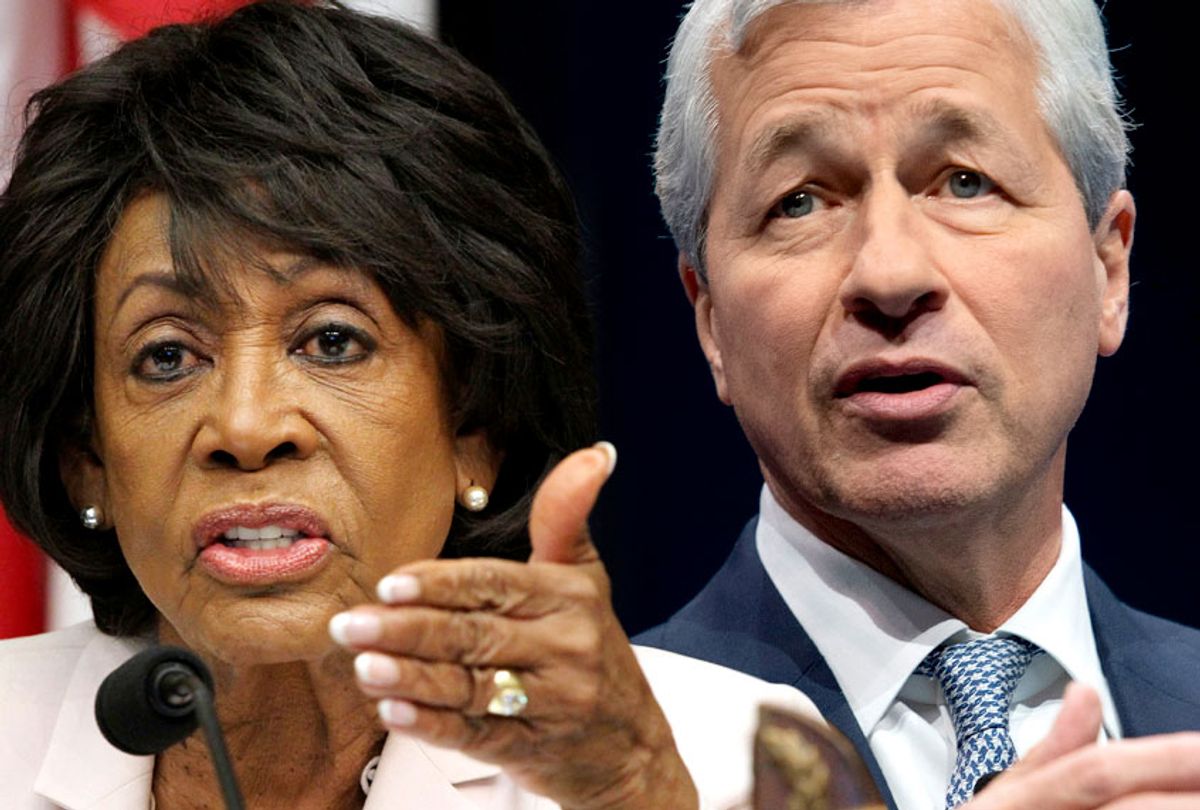 The two banking tycoons met with Waters to offer their views on various economic topics as she prepared to take over the committee that oversees their firms after the Democrats won back the House majority in November.

Waters did not mention the banking executives by name but told CNBC that she has an “open-door policy.”

“I frequently meet with advocates for consumers, investors and vulnerable families, representatives of large banks, regional banks, community banks, and credit unions, and other stakeholders. They are all welcome in my office to share their concerns,” she said.

Ocasio-Cortez said at an event on Martin Luther King Jr. Day that “a system that allows billionaires to exist when there are parts of Alabama where people are still getting ringworm because they don't have access to public health is wrong.”

The self-declared Democratic socialist has proposed rectifying some of that inequality by taxing income above $10 million at a 70 percent marginal rate. CNBC reported that billionaires attending the World Economic Forum in Davos, Switzerland, were “scared” by the proposal and even more concerned by the “momentum” the proposal may have by next year’s presidential election.

“It’s wild that some people are more scared of a marginal tax rate than the fact that 40% of Americans struggle to pay for at least one basic need, like food or rent,” Ocasio-Cortez quipped on Twitter in response to the report.

Pressley has vowed to combat “entrenched disparities” caused by banking and housing laws. Tlaib has embraced Sen. Bernie Sanders’ calls for corporations to pay their “fair share.” Porter, a former law professor who represented California families in foreclosure cases during the Great Recession, has been compared to Sen. Elizabeth Warren, D-Mass., a longtime consumer rights advocate and now a 2020 presidential candidate.

Waters herself vowed to fight Wall Street lobbying efforts to weaken financial regulations like the post-recession Dodd-Frank bill in her first policy speech as the committee’s head.

“All of these reforms were designed to help prevent a future financial crisis,” she said. “The committee will be paying close attention to whether financial regulators try to weaken these important reforms, and keeping an eye on the big banks and their activities, including by holding many hearings.”

Waters has had run-ins with Dimon in the past over JPMorgan’s millions in lobbying efforts to derail parts of Dodd-Frank in 2012. Waters grilled Dimon on why he lobbied for reduced regulations overseas even though he admitted that might harm shareholders at home.

"Well, I'm not questioning your right to lobby. I'm questioning what's in the best interest of the American public,” Waters shot back.