Rubio says no one wants US intervention in Venezuela, but Maduro says coup against him was US-backed 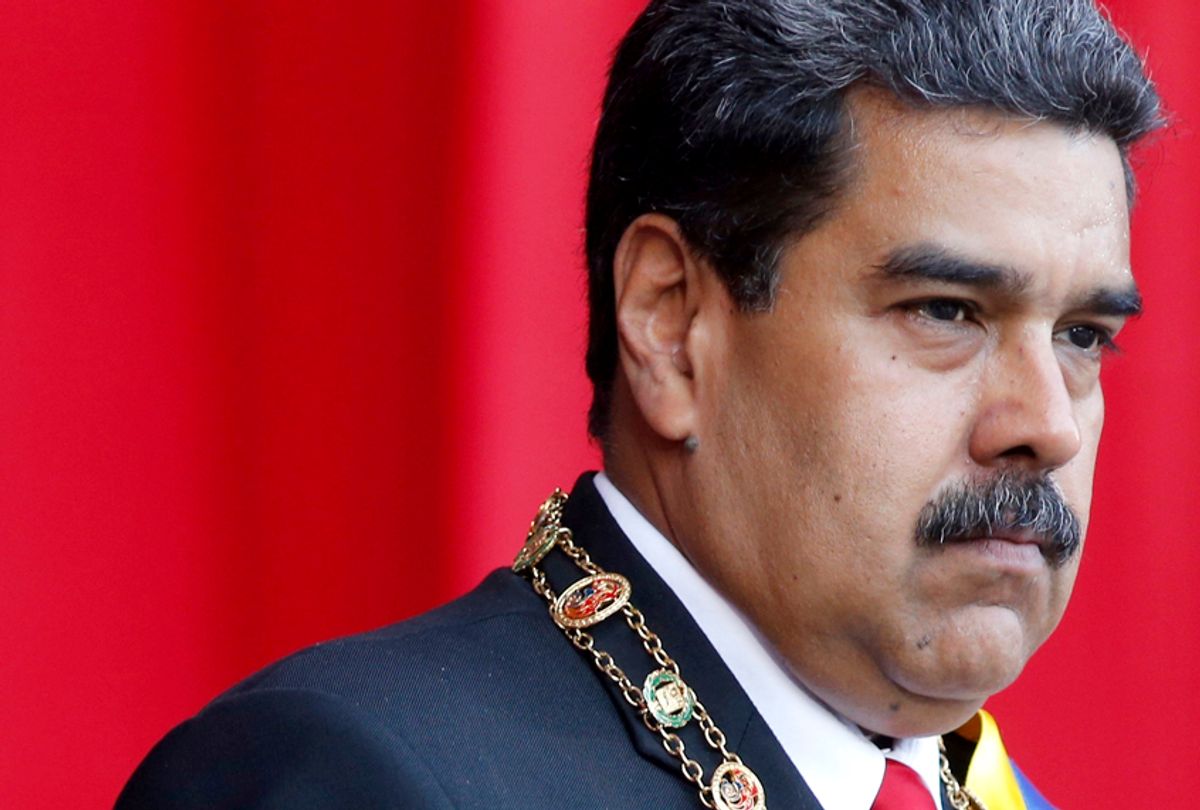 Sen. Marco Rubio, R-Fla., told CNN's Jake Tapper on Sunday that he would oppose American military intervention in Venezuela... even as Venezuelan President Nicolás Maduro insists that a coup effort by opposition leader Juan Guaidó was orchestrated by the United States.

"I don't know of anyone who is calling for a military intervention," Rubio told the host of "State of the Union" during his Sunday appearance on the show, according to CNN. After adding that the United States has the right to defend "our national security in cases where it's threatened," he reiterated that "the United States always retains the right, always, anywhere in the world, in any instance, to protect its national security, so I'm not going to justify military intervention because I don't know who is calling for that."

Rubio has expressed support for Guaidó, who declared himself as Venezuela's interim president last week and has been recognized as such by a number of nations that oppose the Maduro regime. One of those nations is the United States, with President Donald Trump recognizing Guaidó as Venezuela's new leader.

Yet Maduro recently argued that America's involvement in the rebellion against him entails more than after-the-fact support. In an interview on Sunday with CNN Turk, Maduro claimed that he was the "the victim of a US conspiracy" that had resulted in the threat to his power. Maduro's assertion was based on reports that Vice President Mike Pence had promised to support Guaidó only days before the opposition leader declared himself to be in charge of the country. Whether or not this is true, Pence did deliver a video statement last week in which he declared "unwavering support" for the anti-Maduro protesters in Venezuela and told them that "we stand with you, and we will stay with you until democracy is restored."

Maduro also described a demand by officials from France, Germany, Spain and the United Kingdom that he call an election within eight days or else lose their support as an "ultimatum," adding that "all of Europe is bowing down to Donald Trump. It's that simple, especially when it comes to Venezuela."

On the same episode of "State of the Union," former Secretary of Housing and Urban Development Julian Castro discussed a very different topic — namely, the potential third-party presidential campaign of former Starbucks CEO Howard Schultz, according to CNN. In his interview, Castro warned that a Schultz candidacy would most likely benefit Trump at the expense of his eventual Democratic opponent.

"Just the other day, there was a fairly comprehensive poll taken that showed, essentially, right now, that the President has a ceiling of about 41% or 42% in terms of support for him no matter which Democratic candidate they polled against him. So his only hope — if things stayed the same, and that's a big if — is essentially to get somebody else, a third party, to siphon off those votes. And I don't think that that would be in the best interest of our county," Castro told Tapper.

He added, "I would suggest to Mr. Schultz to truly think about the negative impact that that might make."

The "State of the Union" episode also featured author Jerome Corsi, who said that information about him in last week's indictment of Roger Stone was "accurate" and said that he would "affirm that if asked to in court."