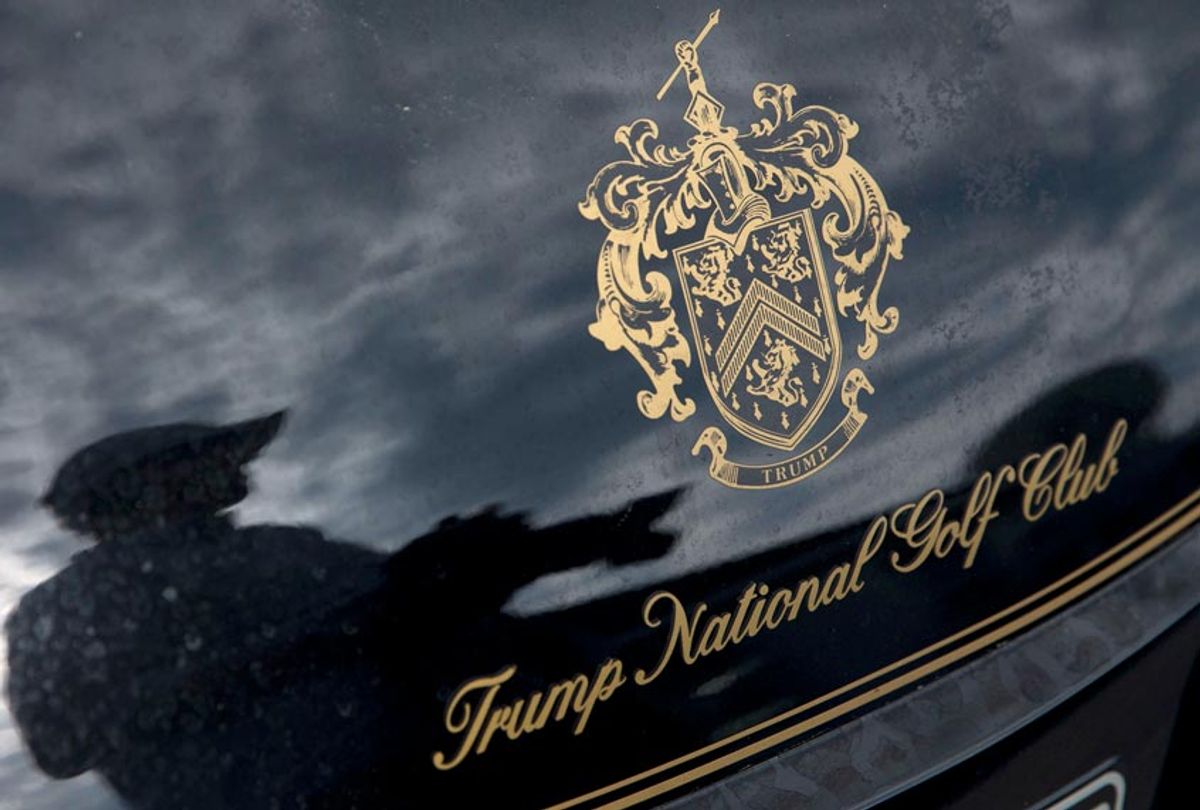 Fresh questions are being raised about President Trump's relationship with his business empire after roughly a dozen employees were fired from one of his golf clubs due to their immigration status.

Each employee was personally terminated by a human resources executive at the Trump National Golf Club in Briarcliff Manor, New York, according to the Washington Post. These employees were all from from Latin America and their abrupt firings followed multiple news accounts that undocumented immigrants had been employed at another Trump club in Bedminster, New Jersey -- where the president has often spent his weekends.

These reports led many of Trump's critics to accuse him of hypocrisy, given that opposition to undocumented immigration was the cornerstone of his 2016 presidential campaign and has been a major policy priority of his administration.

The Post's report included a heartbreaking anecdote from one of the terminated employees:

“I started to cry,” said Gabriel Sedano, a former maintenance worker from Mexico who was among those fired. He had worked at the club since 2005. “I told them they needed to consider us. I had worked almost 15 years for them in this club, and I’d given the best of myself to this job.”

“I’d never done anything wrong, only work and work,” he added. “They said they didn't have any comments to make.”

Another former employee suggested to the Post that the club, which had kept her on staff for eight years, either had been negligent in researching her background or simply didn't care about the issue until the media started paying attention.

"They said absolutely nothing. They never said, ‘Your Social Security number is bad’ or ‘Something is wrong.' Nothing. Nothing. Until right now," Margarita Cruz, a housekeeping employee from Mexico, explained to The Post.

Sedano reinforced this idea during an interview with NBC News. After describing a meeting with other workers in the club's laundry room after his termination and saying that "everybody got kind of afraid and upset, some of them [were] crying," Sedano insisted that the president "must've known" that his club had hired undocumented workers.

"We knew this was coming," Sedano told NBC News.

Eric Trump, who along with his brother, Donald Trump Jr., has day-to-day control over the Trump business empire, emailed a statement to the Post that ignored the human toll of the Trump Organization's actions.

"We are making a broad effort to identify any employee who has given false and fraudulent documents to unlawfully gain employment. Where identified, any individual will be terminated immediately," Eric Trump argued. He also added that cases like that of the Trump National club serve to illustrate why "my father is fighting so hard for immigration reform. The system is broken."