Trump ran against military intervention, but his trio of old-school neocons have dangerous plans for Venezuela 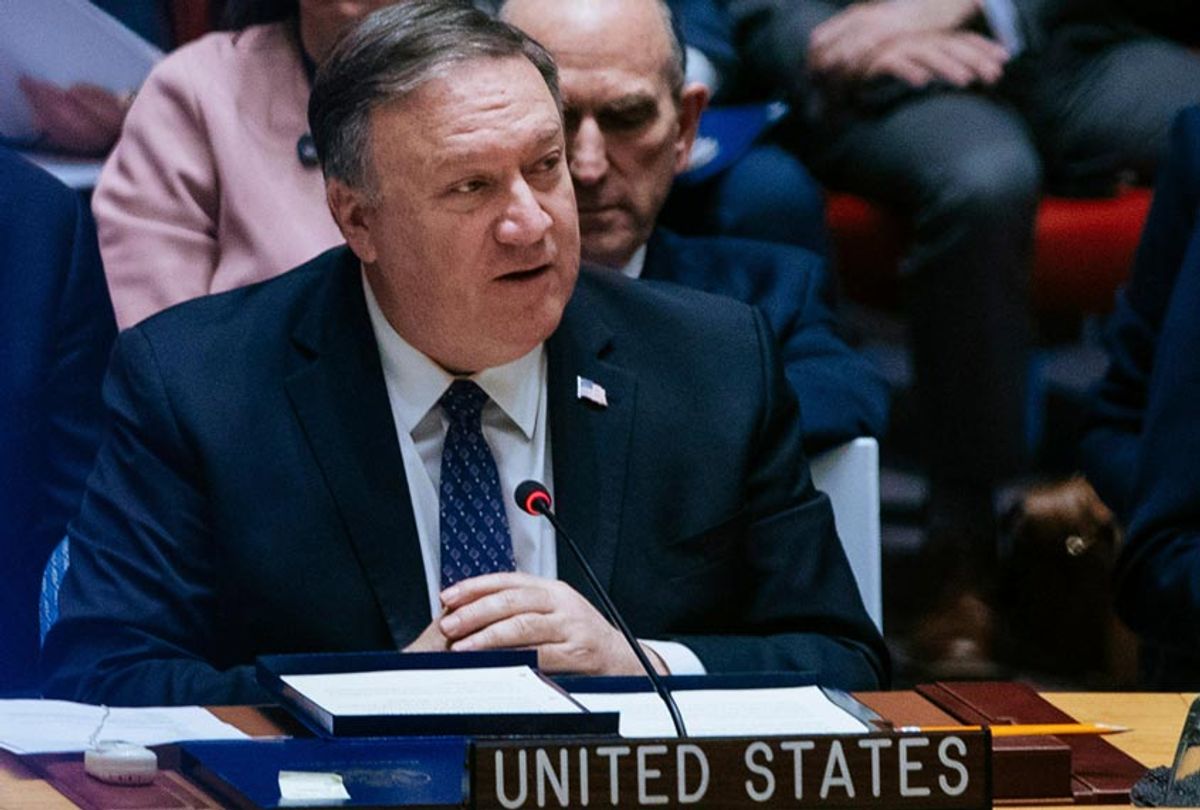 Secretary of State Mike Pompeo called on countries to "pick a side" on Venezuela, urging them to back opposition leader Juan Guaidó in a Saturday speech at the UN Security Council in New York.

"Now, it is time for every other nation to pick a side. No more delays, no more games. Either you stand with the forces of freedom, or you're in league with [President Nicolás Maduro] and his mayhem," Pompeo told the Security Council.

Russia accused Washington of plotting a coup attempt in Venezuela, after trying to stop the meeting requested by the United States. "Venezuela does not represent a threat to peace and security. If anything does represent a threat to peace, it is the shameless and aggressive action of the United States and their allies aimed at the ouster of the legitimately elected president of Venezuela," Russia's UN ambassador, Vassily Nebenzia, told the Security Council.

“Elliott will be a true asset to our mission to help the Venezuelan people fully restore democracy and prosperity to their country,” Pompeo said, according to Reuters.

“It’s very nice to be back. This crisis in Venezuela is deep and difficult and dangerous,” Abrams said Friday. “And I can’t wait to get to work on it.”

Abrams has been called the "assistant secretary of dirty wars," a title he earned during his stints with the Reagan and George W. Bush administrations:

Also on Friday, a Wall Street Journal report confirmed suspicions that opposition leader Juan Guaidó's move to declare himself "interim president" of Venezuela this week had been coordinated with the Trump White House and Republican lawmakers.

Guaidó's move and President Trump's rapid endorsement were quickly decried as a dangerous intervention — or the beginnings of a coup d'état — which progressives have argued would dramatically worsen Venezuela's economic and political crisis. As Common Dreams previously reported, more than 70 academics and experts signed an open letter demanding that the U.S. "cease encouraging violence by pushing for violent, extralegal regime change."