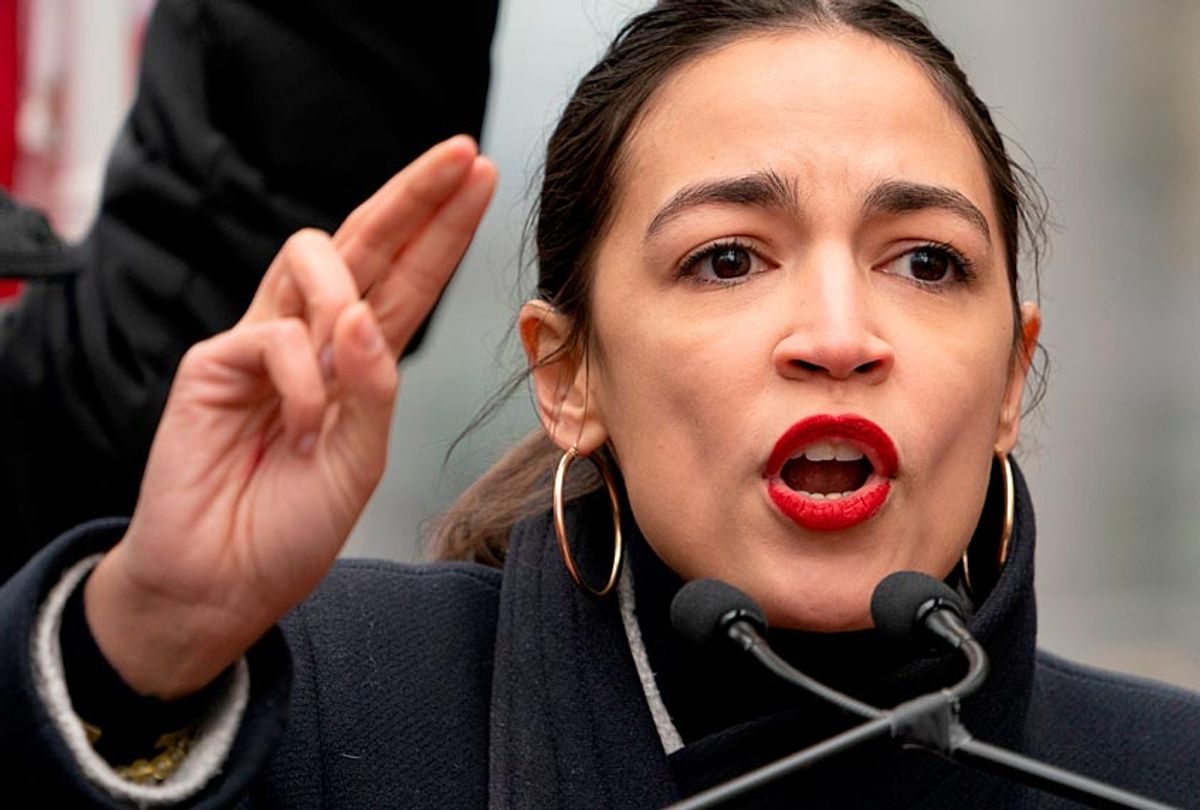 Asked earlier in January by “60 Minutes,” how she might pay for a Green New Deal, Rep. Alexandria Ocasio-Cortez noted that top marginal tax rates in the mid-20th century were “as high as 60 percent or 70 percent.” A slew of articles have since debated whether higher tax rates would actually raise much revenue. But these articles miss the point. Taxes on the very wealthy are corrective taxes, like tobacco taxes, that should be judged by their societal impact, not simply their revenues. The purpose of high tax rates on the rich is the reduction of vast fortunes that give a handful of people a level of power incompatible with democracy.

Among progressive economists, Ocasio-Cortez’s comments have mostly been received with something akin to relief. Though top marginal income tax rates were, for decades, substantially higher than 70 percent, even Sen. Bernie Sanders’ 2016 plan to fund “Medicare for All” tapped out at a top rate of 52 percent. For liberals, high tax proposals have long remained taboo. Now, it seems, that barrier has finally been broken.

At the same time, Ocasio-Cortez’s suggestion is not that novel when compared to plans floated by Democratic presidential hopefuls. Sen. Elizabeth Warren, for instance, has just announced a new “wealth tax” and had previously put forward a plan to create three million new housing units, paid for with a lower exemption and new progressive rates for the estate tax. Sanders has suggested offsetting some of the cost of universal Medicare with more progressive income and estate taxes, plus a wealth tax on the richest 0.1 percent of households. Sen. Cory Booker has argued that “re-adjusting the estate tax to what it was in ’09” would cover the cost of “baby bonds,” nest eggs designed to help low-income kids cover the cost of college or a house down-payment. After decades of taxphobia, Democrats are increasingly willing to link costly public investments with tax increases for the rich.

Intuitive as it is to link progressive taxation to progressive spending, the tactic invites debate about how much revenue top marginal tax rates can raise.

My colleagues at the Tax Policy Center helped the Washington Post calculate how much money could be obtained from tax increases on the very wealthiest Americans; some plans would raise up to three trillion dollars over a decade. Others have asserted that Ocasio-Cortez’s plan could not raise much money at all.

Again, the revenue question is the wrong question. Not because talking about revenue plays into a Republican strategy of deeply hypocritical deficit fear mongering­­­­ — though it does. Not because extracting money from rich people is easy; there are serious technical questions about how to implement taxes on the very wealthy. The problem with using revenue to justify progressive taxation is that over time, an effective progressive tax system should actually raise less and less money.

Progressive taxation should work as a corrective tax, like tobacco taxes or a carbon tax. Sure, tobacco taxes raise some revenue for the states. But their primary purpose is to curb smoking. While a carbon tax could produce a lot of government revenue, the real point is to limit global warming pollution. In essence, corrective taxes try to put themselves out of business; if tobacco tax revenues decline because people quit smoking, or if carbon taxes stop rolling in because the economy becomes fossil-free, that is victory, not defeat.

Taxes on the wealthy discourage a different societal ill: exploitative capitalism. Progressive tax policy is a powerful corrective to economic inequality and wealth concentration. As economists Thomas Piketty and Emmanuel Saez concluded in their seminal paper on U.S. income inequality, “steep progressive income and estate taxation” helped prevent the accumulation of immense fortunes in the middle of the 20th century. In cross-national data, moreover, there is a “strong negative correlation between top tax rates and top 1% income share.” In other words, where top tax rates are higher, the income distribution is more egalitarian – not just post-tax, but even before taxes are taken out.

That’s because progressive taxes blunt the incentives for wealthy people to overpay one another and exploit the less privileged. For instance, contemporary CEOs are often financially rewarded for what is in essence good luck: changes in market conditions that have nothing to do with their individual performance. High tax rates discourage these CEO windfalls, leaving more money available for companies to invest productively. That means higher marginal tax rates make the economy fairer and more productive — and have no negative effect on growth, no matter what billionaires at the World Economic Forum prefer to believe.

A hypothetical example explains the mechanism. Imagine if you are a CEO, already making enough to be in the top income tax bracket. If the marginal tax rate in that bracket is 70 percent, any increase you get in pay is going to cost your company a little over three times what you’ll actually take home. The rest will go to Uncle Sam. No wonder company boards become more discerning in approving executive pay increases. High tax rates make it a lot more costly for wealthy people to fling money at one another for no reason.

This has an implication for public budgets; to the extent that individuals’ fortunes are reduced from the obscene to the merely very large, top marginal tax rates collect less revenue.

It would be an error, then, to use revenue as the sole justification for progressive taxation. This is not to say that Democrats are making a strategic mistake in pairing, rhetorically or even legislatively, big spending programs with progressive taxes. Both proposals are popular, after all.

Most Americans believe taxes should be progressive. Asked what bothers them about taxes, the top two answers are that corporations and the wealthy are not paying their fair share. Even as the Republican Congress was passing the Tax Cuts and Jobs Act that slashed corporate tax rates, barely over a third of Republican voters thought rich people’s taxes should go down.

Americans are also remarkably open to big social programs. For generations, scholars of public opinion have described Americans as “philosophical conservatives,” who like small government in principle, but “operational liberals,” who want their government to invest more in health care, education, infrastructure and support for the poor.

It would be absurd, then, to decry politicians for making proposals that provide two things Americans want: a stronger social safety net and higher taxes on the rich. But proponents of high taxes on the rich should recall how the case for these policies was made in the first place.

The democratic argument was once central to the case for progressive taxation. In 1910, Theodore Roosevelt called for progressive income and estate taxes because, “unfair money-getting has tended to create a small class of enormously wealthy and economically powerful men, whose chief object is to hold and increase their power.” The goal of progressive taxation, for Roosevelt, was “to change the conditions which enable these men to accumulate power which it is not for the general welfare that they should hold or exercise.”

Early proponents of progressive tax policy knew that it was not just a revenue source. In our contemporary Gilded Age, and as our political institutions feel pushed to the breaking point, we would do well to remember that progressive taxation is a democratic reform.

Vanessa Williamson is a senior fellow in governance studies at the Brookings Institution. She studies the politics of redistribution, with a focus on attitudes about taxation and is the author of “Read My Lips: Why Americans Are Proud to Pay Taxes.”