A January spree of gun violence gets 2019 off to an ominous start. Media, politicians and the public barely notice 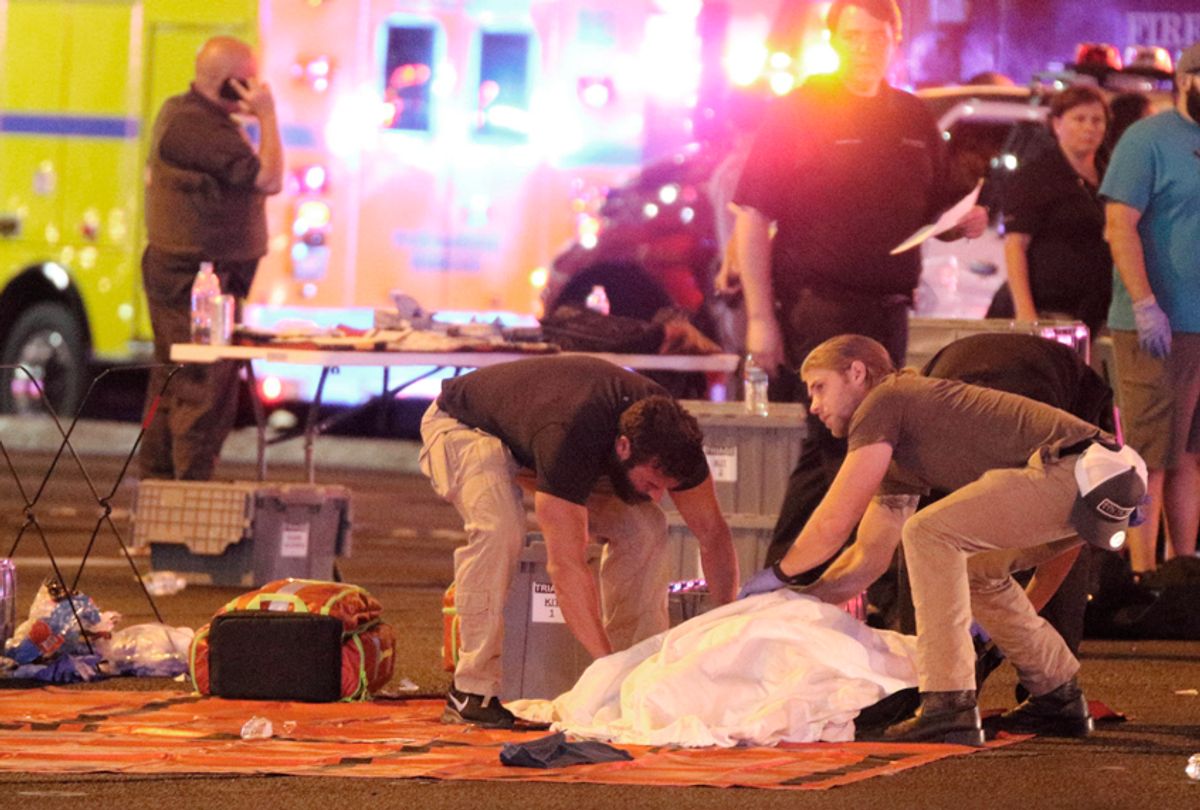 Americans are easily distracted. It’s really no fault of our own. With so many of us juggling family obligations with multiple jobs and the looming threat of crippling debt or unexpected illness hanging over us, it’s hard enough to keep with the daily tweets from the president and the bevy of scandal from his administration. But there used to be a time in the not-so-distant past where mass casualty shooting events gave us pause. Not anymore.

There have been at least five mass shootings in America in the past five days, and the best this beleaguered nation could offer is a collective shrug.

On Wednesday, a suspect shot and killed five women in a SunTrust bank in Sebring, Florida. On Thursday, a man yelling at a former girlfriend in a Pennsylvania bar shot and killed two people who tried to intervene before shooting his former partner, another stranger and then himself. On Jan. 27, a 15-year-old girl was killed by her 17-year-old boyfriend in Spring, Texas. That same day, a manhunt concluded in Virginia for a suspect who had apparently killed his ex-girlfriend along with her brother and father in Louisiana. After shooting them, he went to his parents’ home, where he shot both his father and mother. Also on Sunday, four teenage girls were shot at a prayer vigil in Newark, New Jersey.

There has been a striking pattern in several of these shootings; a specific similarity shared by the perpetrators. Three out of the last five shooters (Monday’s alleged shooter in Houston and Sunday’s shooter in Newark have not yet been identified) were reportedly young men. All these known suspects were 21 years old and already had some history of violence or threatened violence toward women. Two of the three men had served in the armed forces.

When the ex-girlfriend of the man who allegedly killed five women in a Florida bank last week tried to warn authorities about his suspicious behavior, she says no one took her warnings about him seriously. “He got kicked out of school for having a dream that he killed everybody in his class, and he’s been threatening this for so long, and he’s been having dreams about it and everything,” Alex Gerlach told WSBT-TV. She described her ex-boyfriend as being "fascinated with death and guns."

“Every single person I’ve told has not taken it seriously, and it’s very unfortunate that it had to come to this.”

Fortunately, authorities in Colorado take the public threats of another young man more seriously last week after he complained about being a virgin and wrote on social media, “I'm planning on shooting up a public place soon and being the next mass shooter cause I'm ready to die and all the girls [who] turned me down is going to make it right by killing as many girls as I see.”

Of the 156 mass shootings that occurred between 2009 and 2016, 54 percent were related to domestic or family violence, according to analysis from Everytown for Gun Safety. John J. Donohue III, a lead researcher on mass shootings at Stanford University, notes that there is a "gun culture that steeps troubled and ineffectual men in this notion of redemption through violence and then makes the most deadly weaponry available to them."

"We see from diaries of the mass shooters that they see the AR-15 or some such as the vindication of their manhood and power and a vehicle for addressing their perceived grievances," Donohue continued.

We’ve been warned about desensitization to his particular form of violence before, and for good reason. The story of a young man with possible mental problems easily getting his hands on a firearm and going on a killing spree is  the banal evil we’ve become accustomed to ignoring. The United States has less than 5 percent of the world's population -- but about 31 percent of the world's mass shootings. There have already been 32 mass shootings, defined as the shooting of four or more people, in the first month of 2019.

As the list of ordinary places stained by the blood of gun violence victims grows, the media grows less interested and the outrage is more muted. Only the supposed sanctity of a shooting site — a school, church or synagogue, for example — or the sheer quantity of people killed (as in Las Vegas or Parkland) can garner significant attention these days. We’ve long passed the point where daily shootings are treated as mundane. Mass shootings are now treated the same. Over one deadly weekend in Chicago last August, there were six mass shootings in just three days.

We’ve long had the remedies for the problem at our disposal, even if the political will has been lacking in Washington. The root of the problem is the access troubled young men have to these weapons that have no legitimate purpose beyond destruction and can kill dozens of people within seconds. About 3 percent of gun owners in the U.S. represent ownership of half the firearms in the entire country. But even with the NRA and its allies on the defensive in the post-Parkland era, politicians only pay attention when there are significant numbers of dead and wounded.

At the start of the week, as the nation marked the birthday of civil rights icon Martin Luther King Jr., survivors of some of the last mass murders America cared about gathered in prayer. Members of the Tree of Life synagogue in Pittsburgh traveled to South Carolina to worship with members of the Emanuel AME Church.

"I'm sad in 2019 that Jews and African Americans are united by having been slaughtered in their houses of worship in the United States of America," Tree of Life member Beth Kissileff Perlman told the AP. "We share many bonds and, unfortunately, this is one of them." Mass shootings certainly feel like our new normal, and January has been an ominous start to what is shaping up to be another deadly year in America. But as with the women who tried to warn us about the potential killers they knew, we'll probably ignore this warning sign, too.