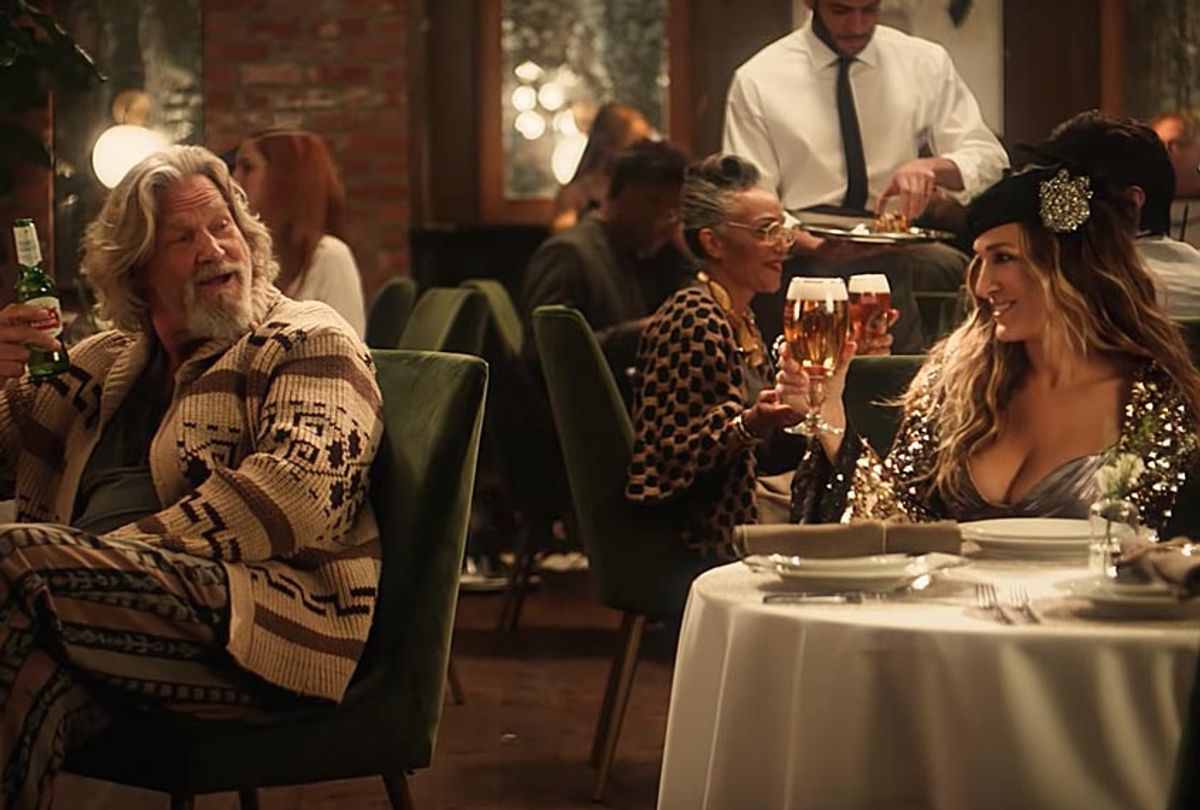 Although taking corporate money might seem extremely un-Dude, Jeff Bridgesapparently has other ideas. Proving that the Dude is timeless (or that Bridges has aged better than should be allowed), Bridges’ iconic character from Joel and Ethan Coen’s 1998 film “The Big Lebowski” appears in a new commercial for beer company Stella Artois. In the recently released Super Bowl ad, Bridges is joined by another beloved lush: Sarah Jessica Parker’s “Sex and the City” character Carrie Bradshaw, who has made two movies since her TV exit but is no less beloved.

Read More IndieWire: Jeff Bridges Steers Golden Globes Audience Towards ‘Creating a Healthy Planet For All of Us’

Titled “Change Up the Usual,” the ad begins with Bradshaw walking into a bar to the tune of the “Sex and the City” theme song played by a jaunty string orchestra. The waiter offers her her usual, a Cosmpolitan, before Bradshaw stuns the entire bar by ordering a Stella Artois. (Cue shattering glass, clattering trays, and kitchen grease fires.)

The music shifts to Bob Dylan’s “The Man in Me” when Bridges enters, wearing sunglasses and the Dude’s signature wool goose cardigan. “White Russian?” the bartender asks, but the Dude orders — yep, you guessed it — a Stella Artois (mispronouncing it to boot). He sits down at the table adjacent to Bradshaw’s, at which point she taps him on the shoulder to say “good choice” with a wink. “Well, changing can do a little good,” he replies, wagging the bottle. “Dude abides.”

Bridges was recently awarded the Cecil B. DeMille Award at the 2019 Golden Globes. Parker is currently starring in and executive producing the HBO series “Divorce,” which was recently renewed for a third season.

Check out the Stella Artois Super Bowl commercial (including Parker in a bold silk hat) below. It may not be the classiest way to revisit these beloved characters, but at this point it’s all we have.