U.S. near peace deal with the Taliban: Is the war in Afghanistan almost over? 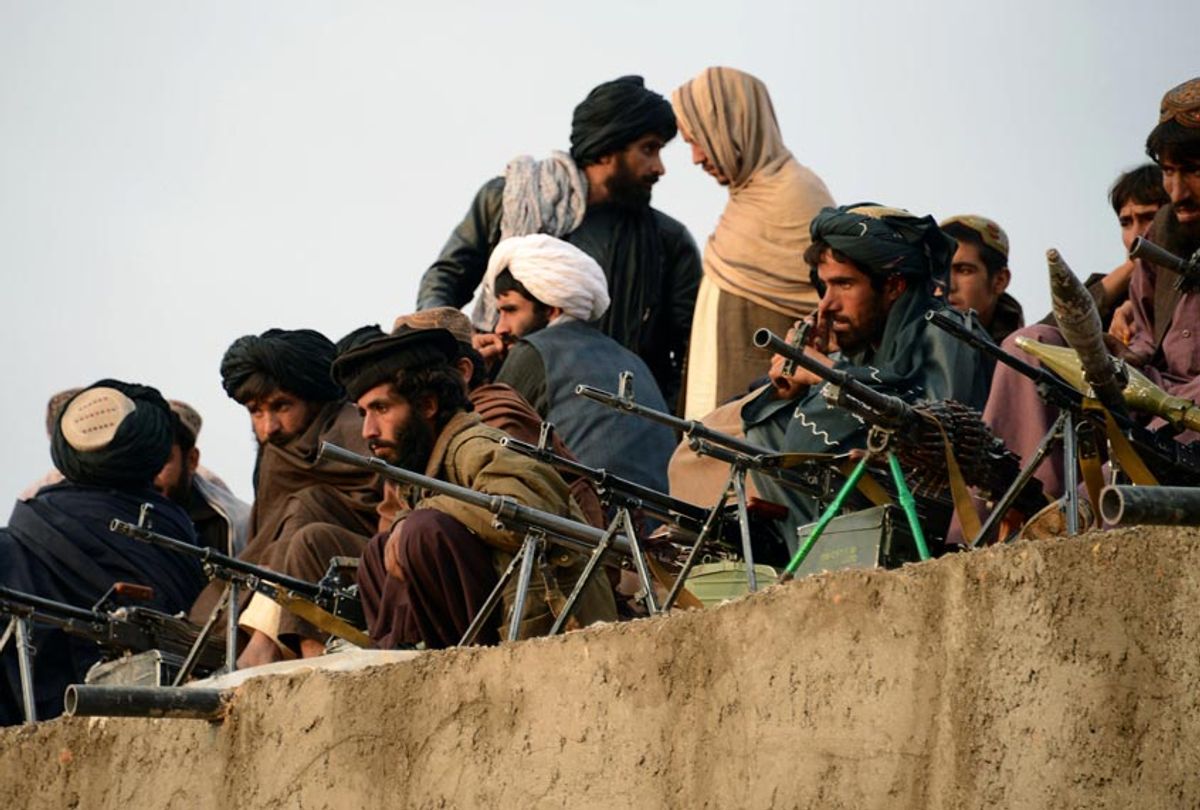 The United States is reportedly close to a peace deal with the Taliban that could allow American troops to be fully withdrawn from Afghanistan. During 17 years of war, 2,419 U.S. troops have died in Afghanistan, along with much larger numbers of Afghan government forces, Taliban fighters and Afghan civilians. By most estimates, at least 170,000 people have been killed in Afghanistan since the U.S. invasion of October 2001.

Zalmay Khalilzad, the U.S. envoy, has said that American officials have agreed on a framework for peace with Taliban officials, according to reports in the New York Times and other media outlets. This deal reportedly included a guarantee that Afghan territory cannot be used by terrorists, that the Taliban agrees to a ceasefire and will engage in direct talks with the Afghan government and that as a precondition to a U.S. troop pullout, the Taliban will make larger concessions in the future. All these positions had initially been opposed by the Taliban, and at one time it would have seemed inconceivable that the U.S. would negotiate with the group directly.

"We have a draft of the framework that has to be fleshed out before it becomes an agreement. The Taliban have committed, to our satisfaction, to do what is necessary that would prevent Afghanistan from ever becoming a platform for international terrorist groups or individuals," Khalilzad told the Times.

He added, "We felt enough confidence that we said we need to get this fleshed out, and details need to be worked out."

The Times elaborated on the nature of the potential agreement by speaking to anonymous American and Taliban officials about its details:

A senior American official, speaking on condition of anonymity to discuss ongoing negotiations, said the Taliban delegation had asked for time to confer with their leadership about the American requirement for the insurgents’ agreement to direct Afghan talks and a cease-fire. The official described all those issues as “interconnected” as part of a “package deal” that was likened to a Russian nesting doll. The official’s account was supported by details that have been leaked by some Taliban and Western officials in recent days.

A senior Taliban official with direct knowledge of the talks on Monday confirmed the draft agreement on the issue of foreign troop withdrawal and that the Taliban pledge that Afghan soil would not be used against others. He said “working groups” would iron out details on the timeline of the withdrawal.

Although the Afghanistan war is the second longest war in American history (after the Vietnam War), it has received little public attention for most of that time. The conflict began after the 9/11 attacks in 2001, when the Taliban ruled Afghanistan with a repressive Islamist regime. Although the Taliban was not directly involved in the hijacking plot that resulted in attacks on the World Trade Center and the Pentagon, its leaders had provided aid and shelter to al-Qaida, including Osama bin Laden.

Although bin Laden was killed in a U.S. raid on his compound in Pakistan in 2010, sporadic conflict between Taliban fighters, the Afghan government and U.S troops has continued. In August of last year, 200 to 300 Afghan security forces were killed by Taliban insurgents, while in the following month civilian casualties in the country grew so high that the United Nations expressed concern. By December, however, it was been reported that direct talks were occurring between the U.S. and Taliban envoys in the United Arab Emirates. It now appears that America's second-longest overseas military adventure is finally drawing to a close.