Jussie Smollett's assault, "this is MAGA country" and hate-crime denial

The attack the "Empire" star describes sounds like it was motivated by racism and homophobia. Can we say so? 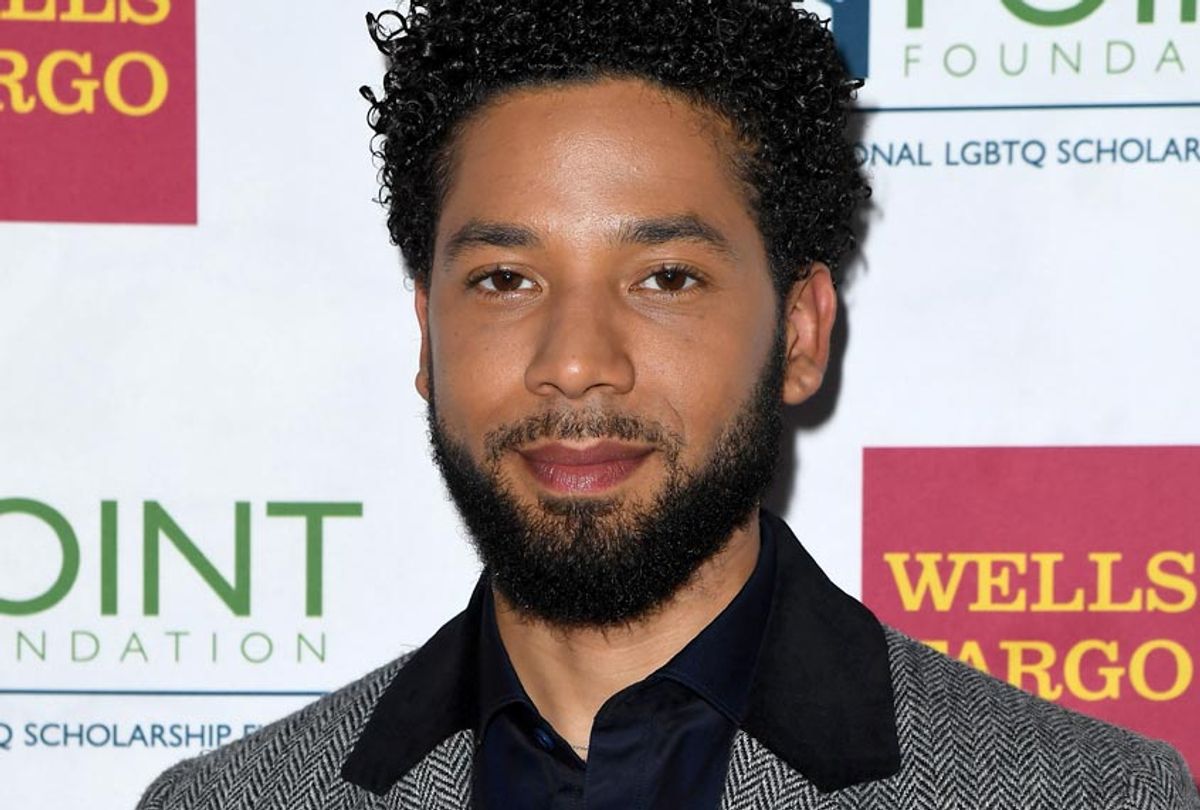 Over the weekend, I watched Ann Coulter sit on Bill Maher’s couch and  say, “You are being played, to have everybody think this is some kind of racist thing,” in a heated conversation about Trump’s imaginary Mexican border wall. This isn’t a new play. Far right types like Coulter frequently attempt to act as if racism doesn’t exist now, or never even really existed at all, as if people of color are all lying about their experiences. Those experiences could be subtle or extremely obvious, and it wouldn't matter  — racism deniers always deny.

It’s easy for Coulter to parade around in all her privileged-drenched denial because she’s white in America, which makes her exempt from racism-based suffering. Meanwhile, people are being attacked for the color of their skin, and for their sexuality — just like the attack Jussie Smollett describes suffering early Tuesday morning in Chicago.

Most know Smollett from the hit Fox show "Empire," where he plays Jamal Lyons, one of the most talented singers in a family full of musicians. Smollett’s character is also gay, and often has to deal with the homophobia that exists in African American culture and the hyper-masculine hip hop industry. Fans love Jamal because his is a true hero's tale. He handles the bigotry like a champ, always shutting down haters, destroying destructive societal norms and giving voice to a marginalized group that doesn’t get as much screen time as it should. Smollett himself is also a gay musician. As he explained to  Ellen DeGeneres back in 2015, "There's never been a closet that I've been in.” The pride he rightly takes in his identity is inspiring and deserves celebration. But as oppressed people know, that is not always how the world reacts.

As Smollett reported to the Chicago police this week, he found himself the target of the same ignorant homophobia that his character bravely confronts on the show, along with racism — you know, the same type of bigotry that far-right folks say doesn’t really exist — when he was attacked in public.

According to the Chicago Police Department, Smollett said he was leaving a restaurant around 2 a.m. Tuesday when he heard racial and homophobic slurs from two people who then punched him, poured a chemical substance on him, wrapped a noose around his neck, and yelled, “This is MAGA country!” before fleeing the scene. Smollett was able to take himself to the hospital, and a representative for the actor says he is "recovering well." Police are currently investigating.

News about the attack spread quickly online Tuesday afternoon and evening, with media outlets including Salon quoting the police's statement that they are investigating the incident as a “possible hate crime" — because you can’t just say “hate crime,” even if the victim is black and gay, and reports assailants spitting racial and homophobic slurs at him as they physically attacked him and placed a noose around his neck. There are strict rules that we in the media must follow before using hate-crime language. However, observing those rules in the interest of legal objectivity also inadvertently creates space in the conversation for racism deniers to question what might seem obvious about the motivation behind such an attack, or otherwise make excuses for bigoted acts in general.

Many Americans feel more comfortable with the idea that hate crimes are rare, far and few between. Oppressed people know that is not true. Smollett likely knows that isn’t true, too, and he remains an outspoken advocate for Black lives and LBGQTAI rights.

What happened to Freddie Gray, Walter Scott, Travon Martin, Sandra Bland, Eric Garner, and hundreds of other innocent African Americans who have died because of nothing but the color of their skin — we in the media aren’t allowed to say these are hate crimes, especially when the perpetrators have been exonerated by the legal system. What else should we call them?

The power of platform is currently paying dividends for the fight against racism and homophobia as celebrities from Ava DuVernay to Ariana Grande are sharing their support for Smollett and making known their disgust for hate crimes — and calling them what they are is the first step to making our country better for everyone.

I’m sure that every conservative who has embraced the "Make America Great Again" slogan isn’t a bigot. Many in their right minds wouldn’t want to be affiliated, even by association, with Smollett’s attackers in any way. Enlightening them to what is reportedly being done in the name of MAGA, though, may make them more aware of how stupidly destructive this strain of culture has become. Perhaps some will now consider abandoning a movement that has been tied to a rise in hate-based attacks on one hand, and denies the existence of even the systems of belief that perpetuate them on the other.