Ben says that schoolchildren have gone "soft" from taking snow days. His children were homeschooled 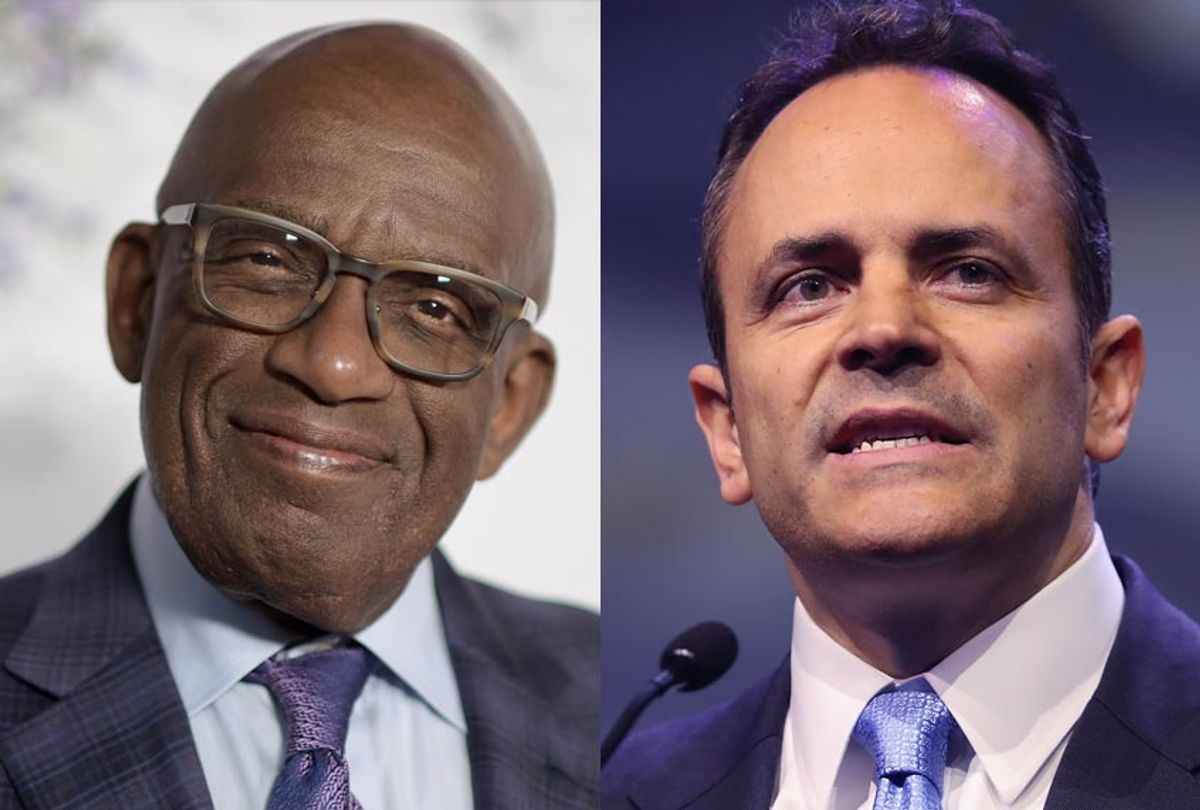 Iconic weatherman Al Roker referred to Kentucky Gov. Matt Bevin as a "nitwit" after the Republican claimed it was "soft" to keep children home on heavy snow days.

"Now we cancel school for cold... I mean there’s no ice going with it, or any snow. What happens to America? We’re getting soft Terry, we’re getting soft," Bevin, whose own children were homeschooled,  told radio host Terry Meiners during an interview with 840 WHAS Radio, according to a local NBC affiliate.

He added, "It’s better to err on the side of being safe, and I’m being only slightly facetious — but it does concern me a little bit that in America, on this and any number of other fronts, we’re sending messages to our young people that if life is hard, you can curl up in the fetal position somewhere in a warm place and just wait 'til it stops being hard. And that just isn’t reality."

Roker apparently wasn't thrilled with Bevin's observation, a fact that he made clear during an appearance on MSNBC.

"This nitwit governor in Kentucky saying these kids who are going to be in sub-zero wind chills ... no! Cancel school. Adults, if they want to be out there, that’s great. These are our children, you know. I’m glad (Bevin is) not a teacher," Roker exclaimed, according to the same local NBC affiliate.

This isn't the first time that Gov. Bevin has revealed himself to be less than knowledgeable about meteorological matters. Last year, he refused to acknowledge the validity of mainstream climate science which has proved that the planet is warming up due to the excessive release of carbon dioxide and other man-made emissions into the atmosphere. After admitting to talk show host Brian Thomas of Cincinnati radio station 55KRC that "weather has been changing, no question about it," Bevin went on to offer this gem of an observation:

"But this idea that we all need to be held hostage to a handful of people who contribute nothing to the wealth of this nation, who then will, in turn, shut us down, led by puppeteers like Al Gore, for the lining of their own pockets, in order to make us jump through various regulatory hoops, as if somehow, we, mankind is solely responsible and is solely going to be the solution, is ludicrous."

Bevin offered that observation after catching flak for a tweet in which he cited a meme saying, "Trump has been in office 1 year & has already fixed global warming."

During his subsequent radio interview, Bevin reacted to the "hubbub" about his tweet by saying, "I don’t know whether I am just amused or just sad by the reaction of so many people to what is ... I mean, the idea that any one political election affects weather is so ridiculously preposterous. Anyone who sees this anything other than a joke, I can’t even begin to fathom."