Trump boasts of the Dow breaking 25,000, even though this is the third time that's happened in a year 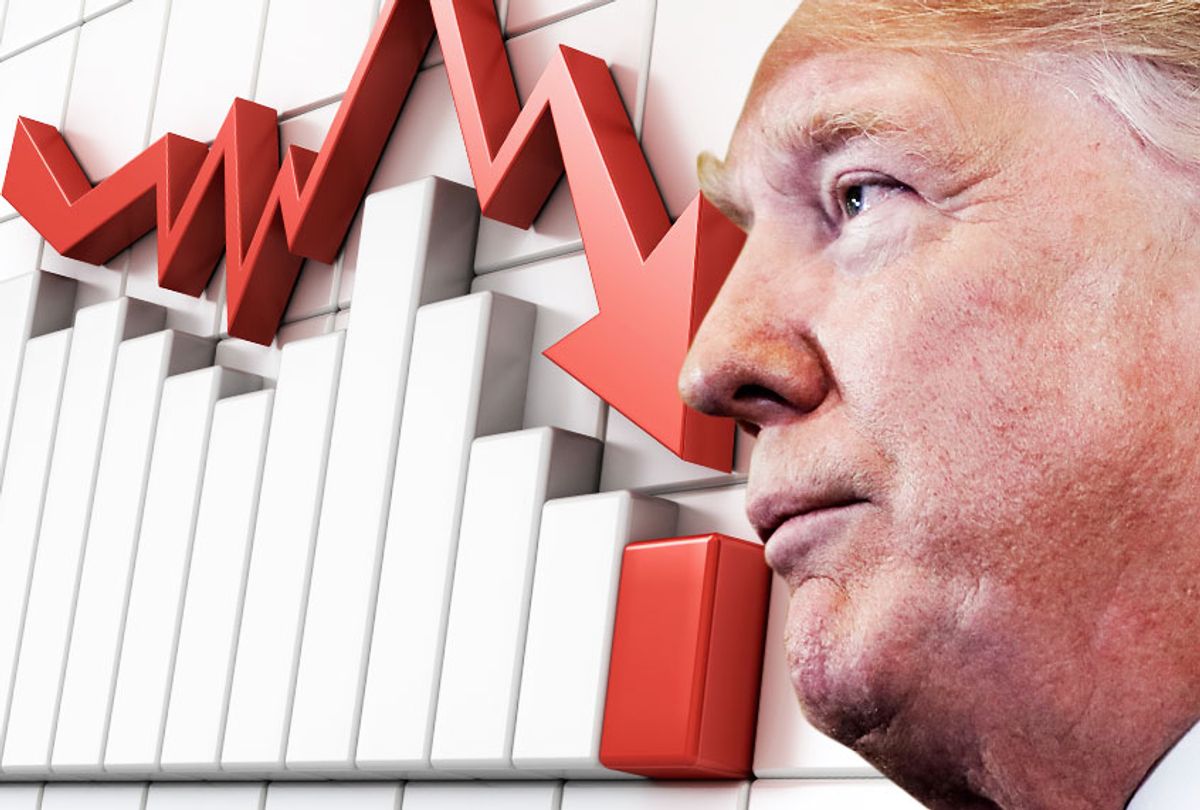 President Donald Trump is bragging about the Dow breaking 25,000 — even though this is the third time that has happened in just over a year.

While the Dow breaking 25,000 was historic news when it first happened in January 2018, it is significantly less impressive on the third occasion, especially since that indicates a lack of growth. On the first occasion when the Dow hit that milestone, Trump tweeted that "Dow just crashes through 25,000. Congrats! Big cuts in unnecessary regulations continuing," according to CNN. On the second occasion in July, Trump tweeted that "the Stock Market hit 25,000 yesterday. It is all happening!"

Yet there are other metrics for measuring economic success besides the stock market, and in many of those areas Trump's performance has been troubling. In the past Trump has been outspoken in criticizing Federal Reserve interest-rate increases, a move that many Republicans have worried will exacerbate economic anxiety.

In addition, Trump's pursuit of a trade war has been problematic for the economy. As Ed Gerwin, a senior fellow for trade and global opportunity at the Progressive Policy Institute, told Salon by email in July, "The Administration’s new trade taxes on items like auto parts, electrical components, and machinery will raise costs for American businesses, make it harder for them to compete, and destroy many more American jobs than they protect and, even if American consumers don’t pay the tariffs directly, they’ll ultimately pay higher prices."

Finally Trump's panicking over a brief plunge in the stock market last month prompted Treasury Secretary Steven Mnuchin to contact the CEOs of America's six largest banks. After that, he wrote a public letter in which he stated that "the CEOs confirmed that they have ample liquidity available for lending to consumer, business markets, and all other market operations. He also confirmed that they have not experienced any clearance or margin issues and that the markets will continue to function properly."

While this may have been done to offer reassurance that the economy remained healthy, critics noted that comments of that nature could also trigger panics. Usually high-ranking economic officials do not offer those kinds of public statements unless there is a real potential problem that needs to be preemptively alleviated. If that was not the case last month, and Mnuchin was acting in order to placate Trump, then his doing so was a risky gambit that could have created a crisis even as it attempted to solve one.