Jordan Peele reveals the "Twilight Zone" episode that inspired "Us" 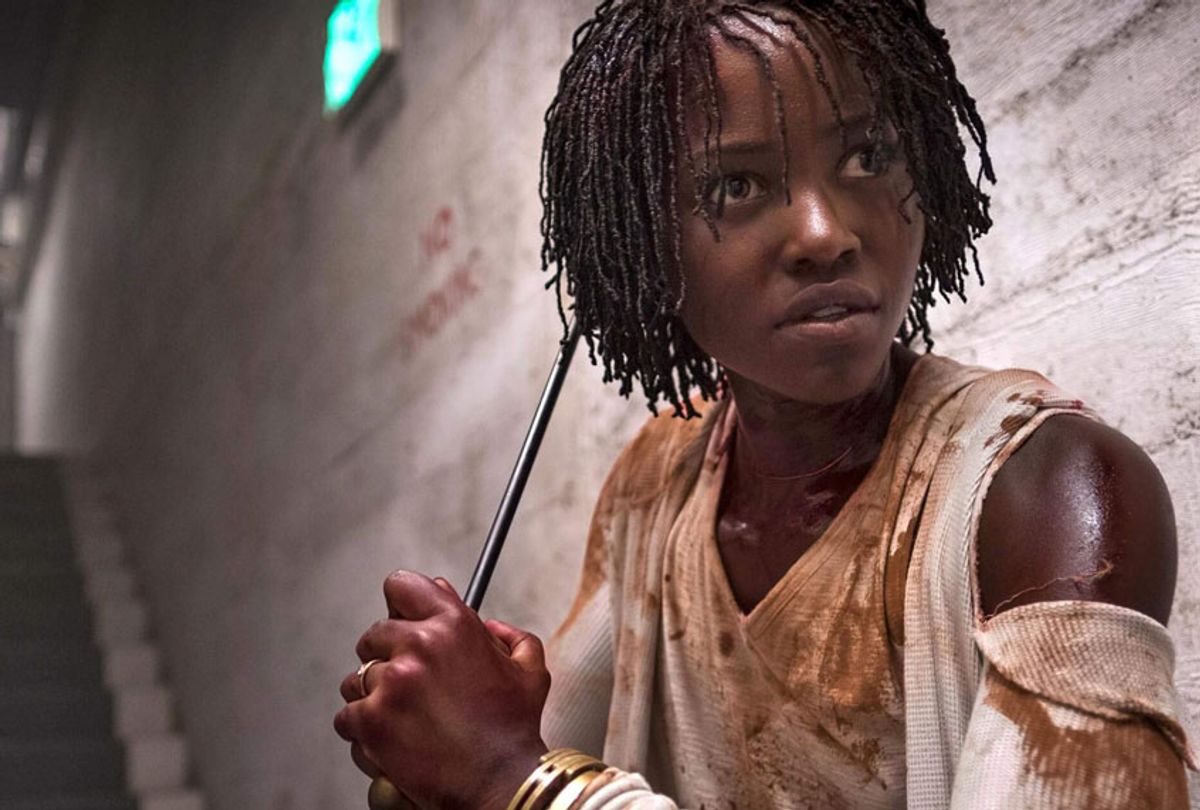 Lupita Nyong'o in "Us" (Universal Pictures)
--

Jordan Peele plotted his “Get Out” follow-up carefully, turning down offers to direct major Hollywood franchises in favor of staying true to his vision. For his next film, the actor-turned-director wanted to honor his favorite genre with a more traditional horror film, complete with jump scares and monsters. Titled “Us,” the film follows a family who become haunted by their own demonic shadow selves, which Peele has dubbed the Tethered.

In a recent interview with Rolling Stone, Peele revealed that the idea for “Us” came from one of his favorite “Twilight Zone” episodes, “Mirror Image,” which made an impression on him as a kid. The episode, written by series creator and narrator Rod Serling, follows a woman who, after encountering her doppelganger at a bus stop, becomes convinced it came from a parallel universe in order to replace her.

“It’s terrifying, beautiful, really elegant storytelling,” Peele said. “And it opens up a world. It opens up your imagination.”

Peele is executive producing a reboot of the classic science fiction series for CBS All Access. Starring Steven Yeun, John Cho, Taissa Farmiga, and Ike Barinholtz, the series will premiere this April. Peele said he is able to write more quickly now with the “momentum” of “Get Out” behind him.

“I gotta wait until I can see the movie in my head till I write it,” he said. “The big question here for me, in my second feature, is: What do you hang onto as a signature style and what do you differently?”

The cast of “Us” is brimming with top-tier talent, including Lupita Nyong’o, Winston Duke, and Elisabeth Moss. Peele is particularly excited about Nyong’o’s performance.

“She carried this anticipatory gravity in that scene where you just know,” he said. “I feel like her performance is on par with Hannibal Lecter gravitas in this movie.”

In addition to delivering scares to satisfy the biggest horror devotees, Peele is also offering something new to the genre.

“It’s important to me that we can tell black stories without it being about race,” said Peele. “I realized I had never seen a horror movie of this kind, where there’s an African-American family at the center that just is.”