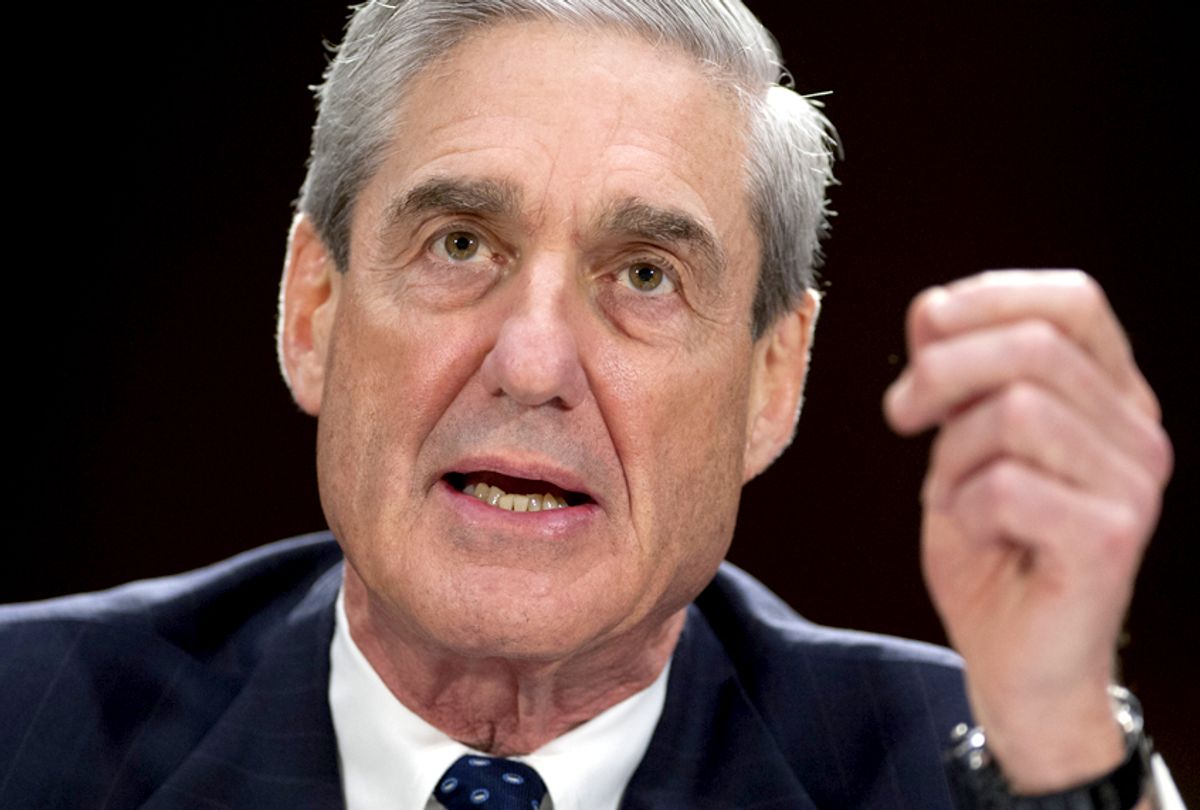 Special counsel Robert Mueller’s team has accused Russian operatives of stealing materials obtained from his prosecutors, altering the documents, and posting them online in a disinformation effort to discredit the Russia investigation, according to court documents filed on Wednesday.

Mueller’s team made the filing in its case against Concord Management and Consulting LLC, a sanctioned Russian company indicted in the probe for allegedly funding a Russian troll farm that waged a disinformation campaign during the 2016 U.S. presidential election.

According to prosecutors, a Twitter account with the handle @HackingRedstone was created last October. The user bragged that he had hacked evidence in the Mueller probe.

“We’ve got access to the Special Counsel Mueller’s probe database as we hacked Russian server with info from the Russian troll case Concord LLC v. Mueller,” the account tweeted, according to the court filing. “Enjoy the reading!”

The court filing said that investigators determined that the special counsel’s office had not been hacked . According to Mueller’s prosecutors, the special counsel provided discovery evidence to Concord’s lawyers and the Twitter account published the documents after they had been “altered.”

The “altered” evidence was “disseminated as part of a disinformation campaign,” the filing said.

"The use of the file names and file structure of the discovery to create a webpage intended to discredit the investigation in this case described above shows that the discovery was reproduced for a purpose other than the defense of this case," prosecutors said.

The filing was made as Mueller’s prosecutors asked a judge to deny Concord’s request to see some of the evidence that the special counsel has gathered against the firm. The prosecutors warned that handing over the sensitive documents "to the Russian Federation unreasonably risks national security interests of the United States."

The case began in February 2018, when a grand jury indicted 13 Russian nationals and three Russian entities, including Concord and the Internet Research Agency, which prosecutors described as a troll farm that used fake social media accounts to spread disinformation during the 2016 campaign.

Concord’s legal team was previously criticized by U.S. District Court Judge Dabney Friedrich when the company's lawyers attempted to have the charges dropped by arguing that there is “no such crime” as “interfer[ing] in a U.S. election.”

In a 32-page ruling, Friedrich rejected all of Concord’s arguments.

“Count I of the indictment — the sole count against Concord — charges that Concord and others ‘knowingly and intentionally conspired to defraud the United States by impairing, obstructing, and defeating the lawful functions of the Federal Election Commission, the U.S. Department of Justice, and the U.S. Department of State in administering federal requirements for disclosure of foreign involvement in certain domestic activities,'” the judge wrote.

“These cases establish only that the government will have to show — through direct or circumstantial evidence — that Concord had the intent to impair one of the three specific lawful functions alleged in the indictment,” she added. “Whether it can do so successfully or not, the indictment has alleged that intent, and no more is required at this stage."

Friedrich called out the lawyers again when they submitted a snarky filing quoting the movie “Animal House” and revealing that Mueller had collected a nude selfie as part of the investigation into Concord.

“Could the manner in which he [Mueller] collected a nude selfie really threaten the national security of the United States?” the attorneys asked.

Friedrich, a Trump appointee, told the lawyers she was not amused by their “clever quotes.”

“I found your recent filings, in particular your reply brief filed Friday, unprofessional, inappropriate and ineffective,” she said.