Trump is thinking of appointing Herman Cain to the Federal Reserve board, according to a new report 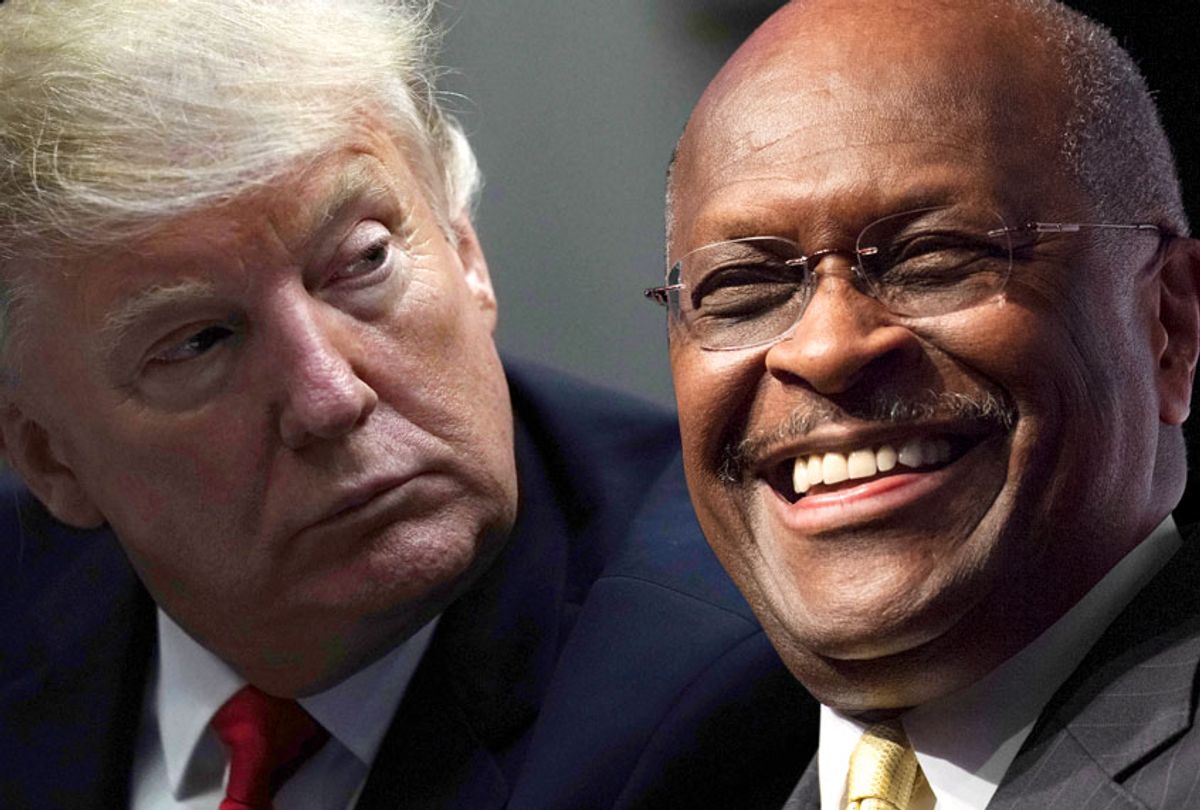 President Donald Trump is thinking of appointing Herman Cain, the former Godfather's Pizza CEO and disgraced presidential candidate, to a position on the Federal Reserve board.

The 73-year-old former business executive met with Trump in the White House on Wednesday, according to Bloomberg. Because two seats on the board are currently vacant, Cain is widely believed to have appeared at the White House in order to discuss being appointed to one of those two positions. That said, the sources told Bloomberg that Cain was also being considered for other economic positions as well.

If Cain was appointed to the Federal Reserve board, his confirmation would almost certainly be contentious. During his campaign for the presidency in 2012, it was revealed that multiple women had accused Cain of sexual harassment from when he ran the National Restaurant Association in the 1990s. A woman in Atlanta has also said that she had a long-term extramarital affair with Cain, although that was not believed to have been non-consensual. Unlike Brett Kavanaugh, where the sexual misconduct accusations against him didn't become public until after he was nominated to the Supreme Court, there has been ample time for the political world to process the accusations against Cain.

Yet if Cain is telling Trump what he wants to hear about monetary policy, the president may decide that it's worth the risk. He has harshly criticized Federal Reserve Chairman Jerome Powell for raising interest rates and, according to his top economic adviser Larry Kudlow, wants Federal Reserve governors "who understand that you can have strong economic growth without higher inflation." If he appoints Cain, it could be Trump's way of sending a message that he will reshape the Federal Reserve to his liking in order to stave off policies he fears could harm the economy.

Cain hasn't been politically inactive since his presidential campaign unravelled. Last April, Media Matters for America revealed that he and a number of other conservative media figures had been promoting Islamophobic fake news and conspiracy theories.

A Media Matters study found that Facebook pages of some mainstream conservative media outlets, Republican media figures, and even apolitical clickbait sites are part of promotional campaigns involving websites with a history of promoting anti-Islam fake news and conspiracy theories.