"We have people getting more and more ratings by tearing down other people,” Booker responded to McCain 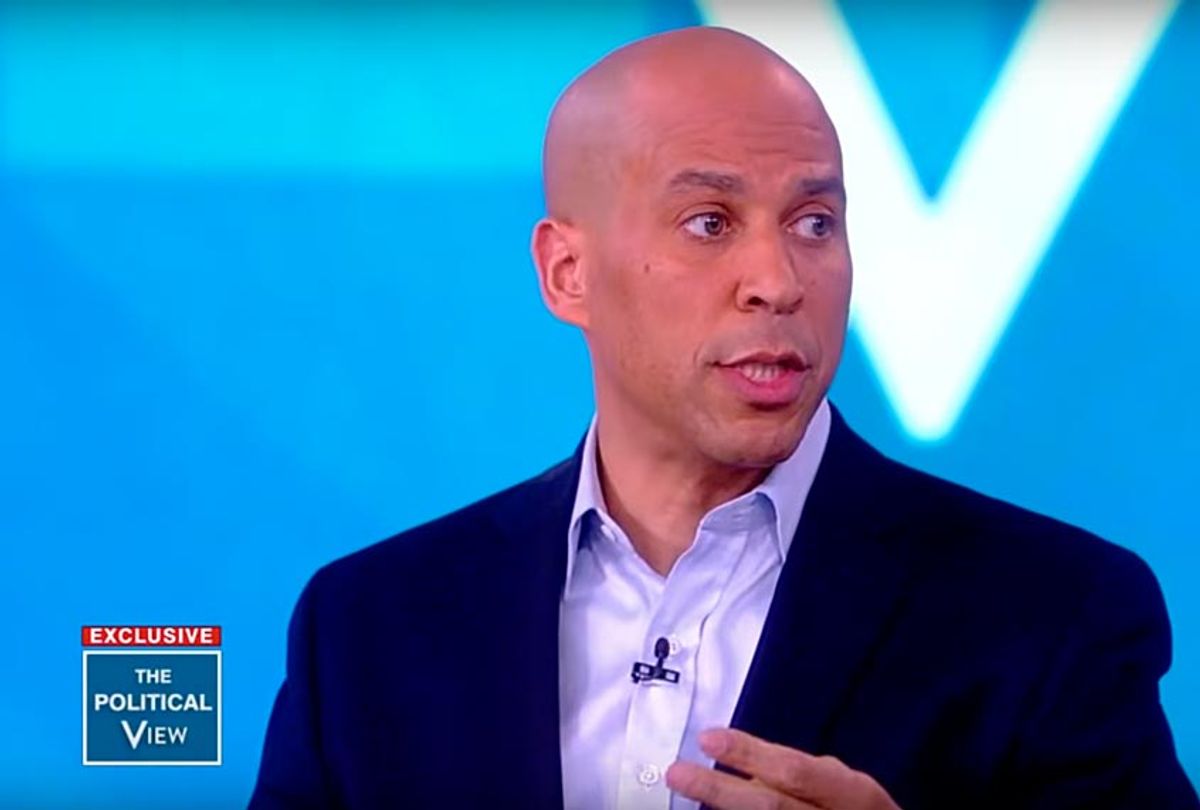 Sen. Cory Booker (D-NJ) gently shamed Meghan McCain after “The View” co-host tried to belittle him with the “Spartacus” nickname that remains popular in conservative media.

The New Jersey Democrat sat down for an interview Friday, hours after announcing his candidacy for U.S. president, and McCain said his congressional record and policy proposals were overshadowed in her mind by a moment during the confirmation hearings for Brett Kavanaugh.

“I hear what you’re saying, and it sounds great,” McCain said. “I understand what you’re saying about your record, but I do think there’s something to be said, when I think of you now, I think of, ‘I am Spartacus,’ and that I don’t know is the best reflection of you.”

Booker announced he was releasing “committee confidential” records on Kavanaugh during the hearing in September, saying that would be the closest he would get to an “I am Spartacus” moment.

The records, however, had already been approved for release that morning, and Republicans have criticized and mocked Booker for “grandstanding” — and the senator told McCain he had no regrets for his actions that day.

“I was threatened to be thrown out of the Senate, I told the senator that did that, ‘Bring it,’ and another senator stood up and said, ‘If you’re going to throw Cory Booker out, throw me into the pit, as well.’ That senator, I looked at them and said, ‘Wow, that’s like an I am Spartacus moment — he stepped forward to (say) if anything happens to Cory (it) happens to me.'”

Booker then shamed McCain for engaging in cheap shots.

“The problem with our culture, these snippets, we have people getting more and more ratings by tearing down other people,” he said. “If you’re tired of that bitterness, that trash talking, that trolling, that politics that is a race to the bottom in our country, then don’t support me, because I’m not in this race to tear people down. I’m in this race try to build our nation up.”