Apple is planning a Netflix-like subscription service for games: report

Apple is far from alone in being interested in this kind of subscription offering. 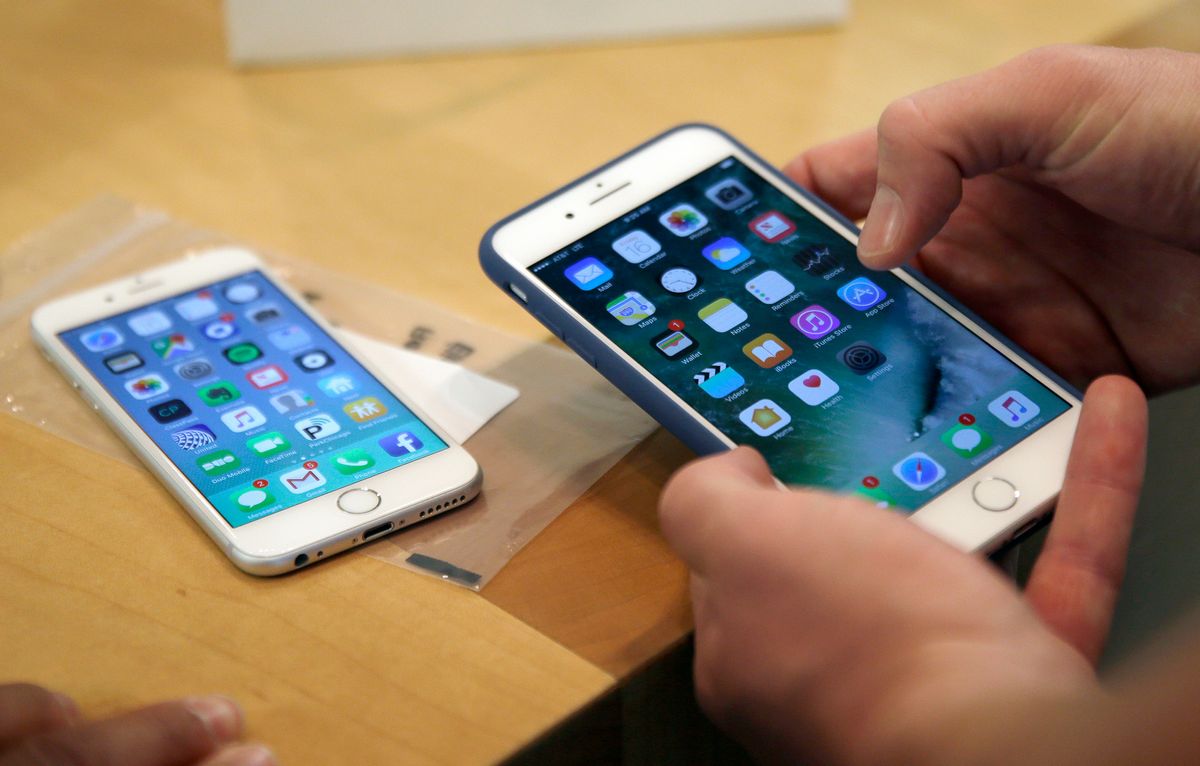 FILE - In this Friday, Sept. 16, 2016, file photo, a customer sets up his new iPhone 7 Plus, right, as he switches from the iPhone 6 at the Apple Store on Michigan Avenue during the release of the Apple iPhone 7 and the latest Apple Watches, in Chicago. (AP Photo/Kiichiro Sato, File) (AP)
--

It’s indicative of the new world we live in that Apple is reportedly planning to package some of its content into yet another subscription offering that consumers will need to consider and find room in their budgets for, alongside Netflix, cable and countless other subscriptions they’re already paying for each month.

A new report from Cheddar, citing five unnamed sources, says that Apple is preparing to launch a Netflix-like subscription service for games. Which, at least from Apple’s perspective, makes sense, given that most of its App Store revenue at this point is attributable to games and could presumably serve as a strong basis for recurring revenue.

Read more BGR: Will the Pixel 4 copy the iPhone XS’s most advanced feature?

The usual caveats are worth mentioning at this point, however, such as the fact that Apple hasn’t confirmed the existence of this plan officially, we don’t know how much the offering would cost, nothing has been set in stone and it might not even come to fruition at all. Apple, remember, is also working on packaging some of its other content into a subscription offering, such as the long-rumored Apple News subscription. The framework for it was found in the iOS 12.2 beta, as a variety of news sites like The Verge reported in recent days.

About games, specifically, Cheddar’s sources say Apple started quietly talking about its plan with developers in the second half of 2018. The talks included Apple discussing the possibility of teaming up with developers as a publisher, which could mean Apple would shoulder things like marketing and other costs associated with game distribution.

Per Cheddar: “The move to create a gaming subscription service comes as Apple faces pressure to grow its services business while hardware sales plateau. The iPhone-maker is developing a slew of original shows for a video streaming service to rival Netflix, partnering with carriers to boost the subscriber base for Apple Music, and is also planning to release a news subscription service this year.

“While it’s unclear what kinds of games would be included, a subscription service for App Store games could provide a boost to Apple’s recurring revenue at a time when iPhone sales are slowing and gaming and esports are booming. Mobile gaming is expected to become a $100 billion industry by 2021, according to the gaming and esports intelligence firm Newzoo.”

Which is why it’s also important to point out that Apple is far from alone in being interested in this kind of subscription offering. Companies ranging from Amazon to Verizon, Microsoft, Google and Sony have all either signaled an interest in trying this same thing or already have such services of their own. Cheddar’s report today notes that Apple might have a leg up with its offering, however.

If Apple acted like a publisher for games sold through a subscription, the site notes, “it could entice developers to create exclusive games for the service by undercutting the fees they would normally pay to an outside firm for user acquisition, marketing, and other distribution-related costs. Apple currently takes a 30-percent cut of App Store purchases but lowers that fee to 15 percent after the first year of a subscription.”