I left my heart in Jersey City: Lessons from a family funeral

I stayed away for years, but a death in the family pulled me back home 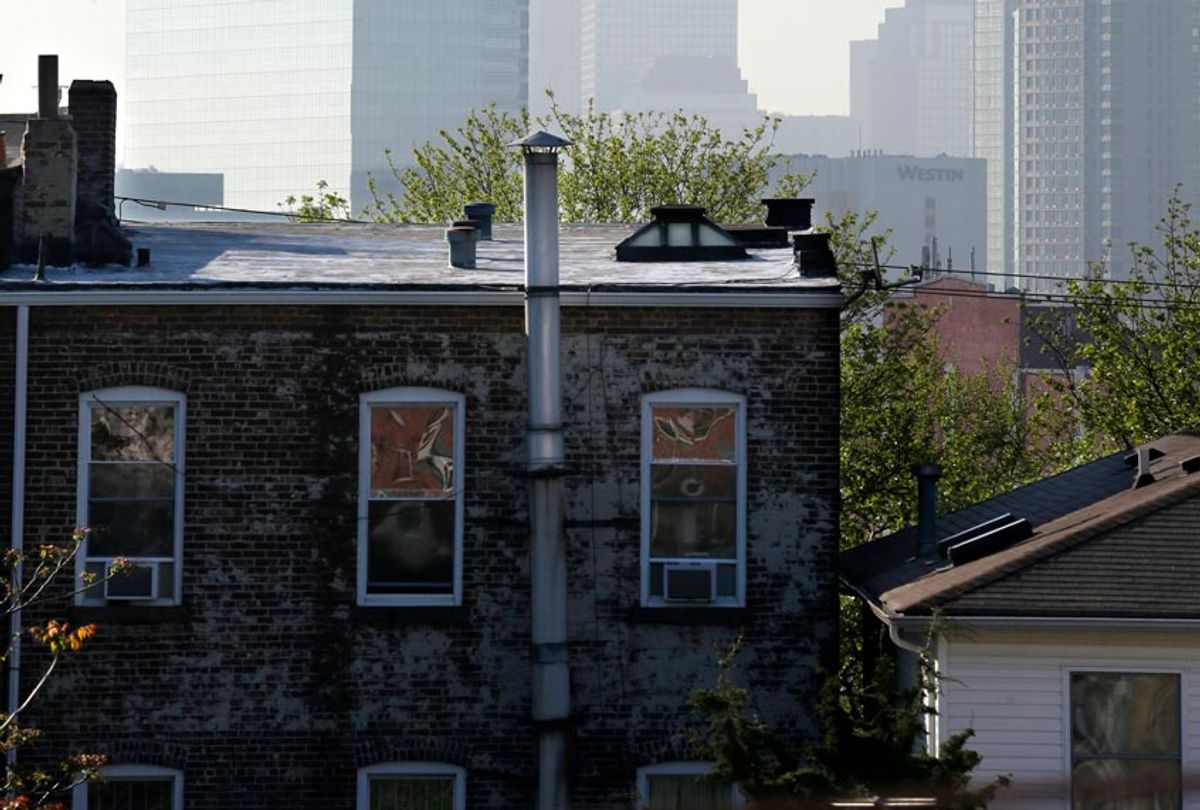 "If you want to feel like you're with us," I told my older daughter, "just watch the opening credits of 'The Sopranos.' It'll be exactly like that."

My aunt died last week. My godmother. She had moved to Florida when she retired and I hadn't seen her in years, but we'd kept in touch via email until the Alzheimer's took hold. When her daughter-in-law emailed me a few days ago to break the news, I was saddened but not surprised. I was also suddenly confronted with a challenge I hadn't faced in a very long time: how to come back to New Jersey.

My father left before I was born. I can count on one hand the number of times in my life I've seen him and still have fingers to spare. In contrast, my estrangement from my mother has been a slower, subtler affair. A classic Irish fade. It came in stages. First she stopped visiting. Then she stopped calling and answering the phone. Finally she stopped sending Christmas and birthday cards. The last time I heard her voice was 2016. The last time my younger daughter, who's 15, saw her was eight years ago.

I've spent a good portion of my adult existence coming to terms with concepts like "family of choice." I have a good life, and all the love and support anyone could hope for. But with no siblings and essentially no parents, it hasn't been easy to stay close with the extended family. None of us live in our hometown any more, and while we may text and send occasional cards, the incentive to return to the mothership and see each other face to face hasn't been strong since the last wave of weddings. Well, until the latest death.

My firstborn is away at college, but the rest of the immediate family remains a PATH train ride away from the working class neighborhood in Jersey City where I grew up. (It's not too far from the birthplace of Richard "The Iceman" Kulinski.) So late last week, I asked my younger daughter if she wanted to go to the funeral, to see her mom's town for the first time and meet a bunch of strangers she's related to. It wouldn't necessarily be a teenage girl's first choice for how to spend a Saturday, but she was game.

The waterfront of Jersey City has in recent years become a boom spot for real estate, with luxury towers soaring into the skyline. But the Heights doesn't much change. Two grand old movie palaces still greet you when you get out of the train at Journal Square (one is now an assembly hall) and the dilapidated White Castle is still standing. The corner stores where I used to buy cigarettes for my uncles, the little dark taverns with Budweiser signs in their narrow windows, the surreal views of the refineries remain. And though I didn't see him this time, my understanding is that the iconic Wilson's Carpet guy continues to stand guard under the Pulaski Skyway. It didn't take long to realize that the only real marker of how much time has passed is how much older everything looks. Including us.

I recognized no one as I gingerly entered the funeral home. Not the cops in flak jackets quietly chatting. Not the big guys in suits casually passing a flask. These, I thought, are not my people any more. But then my cousin Cath greeted me with a huge hug, like it was just another childhood Thanksgiving. Her baby brother Andy (whose daughters are in their twenties) waved shyly, and then their sister Mo swooped in, full of stories about their late mother. They introduced my daughter to their own kids, and me to a sprinkling of grandkids.

Soon, the South Jersey delegation arrived — my youngest cousins Michelle and Marie. They are the only humans in the world who have ever described me as a cool teenager, solely because I have a decade on them and it was never hard to fool preschoolers. I used to take them for Baskin-Robbins when they'd come to visit. The showed up wearing matching nail polish, just like when they were little. After a while, all the cousins posed for a photo together, my daughter in the middle. I looked at it and caught my breath. The resemblances were unmistakable. These are not just truly my people, they are my children's.

After mass, we bummed a ride with Michelle and Marie and took the long drive to the cemetery. We wound our way past where the World's Largest Cat used to wink out from a rooftop, through the alien terrain of the Meadowlands. When my spouse's uncle died a few years ago, his family gathered to plant a tree and read poetry. This was not that. At one point, he asked if we were going to the cemetery, or to going dump a body.

Later in the day, everyone gathered for a last repast at a bar and grille in Secaucus. We drank beer and ate breaded things. Some people idly watched the game. The group at my table, meanwhile, shared memories of dead pets and old loves. We also talked about domestic abuse, alcoholism, and an absent cousin's last arrest — topics that would have been entirely taboo for the generation that preceded us. I think that determined silence and secrecy is a big part of why some relatives, like my mother, found it preferable to fade away than to just talk to each other. I, on the other hand, carved into my chicken francese and relished a feeling I had almost forgotten — the easy shorthand of people you have a history with.

I was in the company of people who are goodhearted and generous — you know, the kind who show up when there's a death in the family. That's the other thing, though. I was with family. I had spent a day walking streets my feet have known since they took their first steps, and surrounded by people whose voices sound like mine. I was home — the good part of home. Not my dysfunctional mother and father, not my chilly old church. Home, like the Wilson Carpet guy. The old Loew's. The cousins who can still make me laugh. Home, the way a different generation of our clan chooses to frame it. By the time the tortoni came around, I felt intoxicated from the heady pull of blood.

I don't have a lot of photos from the time before I left home. I don't get a lot of fact checking when I regale anyone with a story I think I recall from my childhood. I never have any reason to stop by the old neighborhood. Most of the time, that's fine. Most of the time, I am secure in the knowledge that common DNA is a wildly overrated reason to put up with someone else's pointed indifference. But I also understand more fully now how lonely I had been for the deep familiarity I'd lost for so long. I know that however much time has passed apart, there's still so much more than can shared, starting now. And that even if your parents give up on you, New Jersey never will.