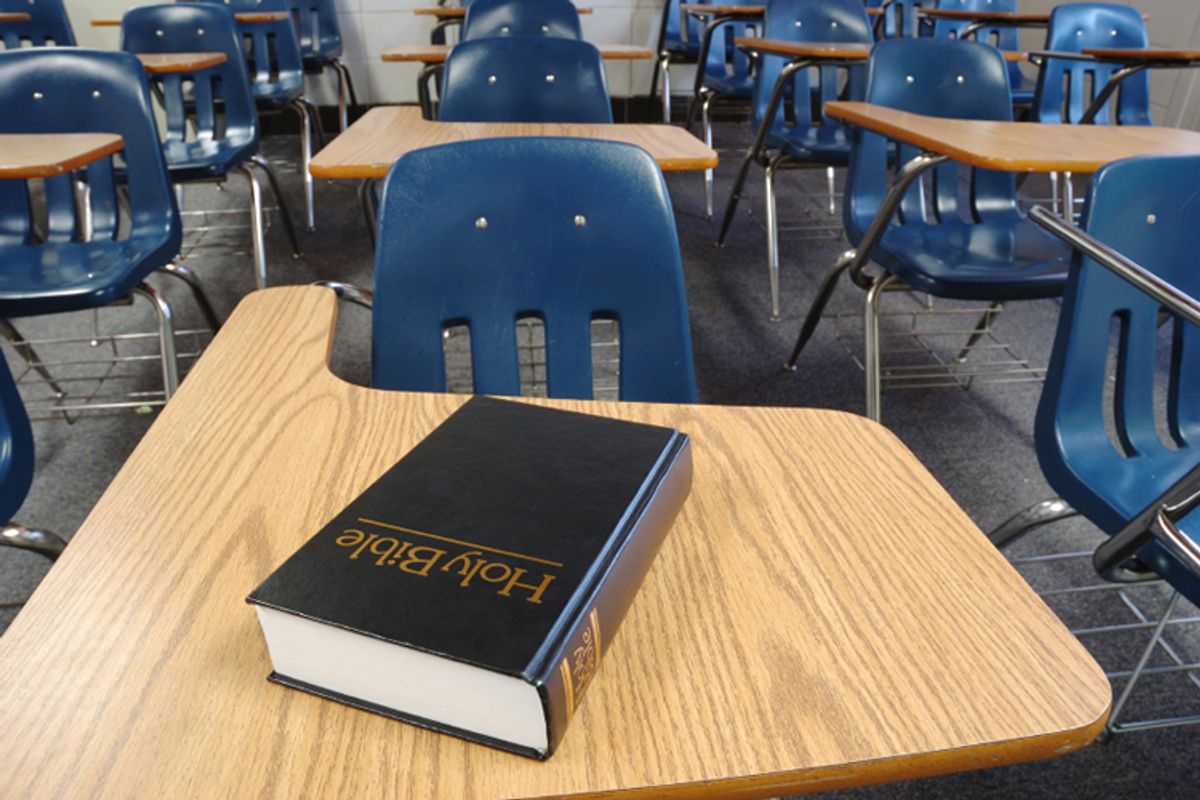 However, Christian author Jonathan Merritt writes in The Atlantic that Bible studies taught in public schools are very likely to blow up in evangelicals’ faces.

Specifically, Merritt wonders why Christians who object to their children learning about evolution or sexual education from public schools would ever tolerate a secular-minded class about the history of the Bible.

“The type of public-school Bible class that could pass constitutional muster would make heartland evangelicals squirm,” he writes. “Backing ‘Bible literacy bills’ might be an effective way to appeal to some voters, but if they were put into practice, they’re likely to defeat the very objectives they were meant to advance.”

Looking at recent legal opinion, Merritt believes that courts would likely strike down Bible classes as unconstitutional if “they determine that the motivation behind Bible-literacy bills is to privilege Christianity” over other religions.

This would defy the entire point of these courses, which Merritt says were designed to do exactly that.

“For a Bible class in public school to have any hope of passing constitutional muster, it would need to be academic rather than devotional,” he writes. “Which is to say, it couldn’t actually impart biblical values to students, and it would need to draw from scholarly consensus. And this is where the whole enterprise would backfire.”