When asked about another shutdown, Trump told "Face the Nation" that "I don't take anything off the table" 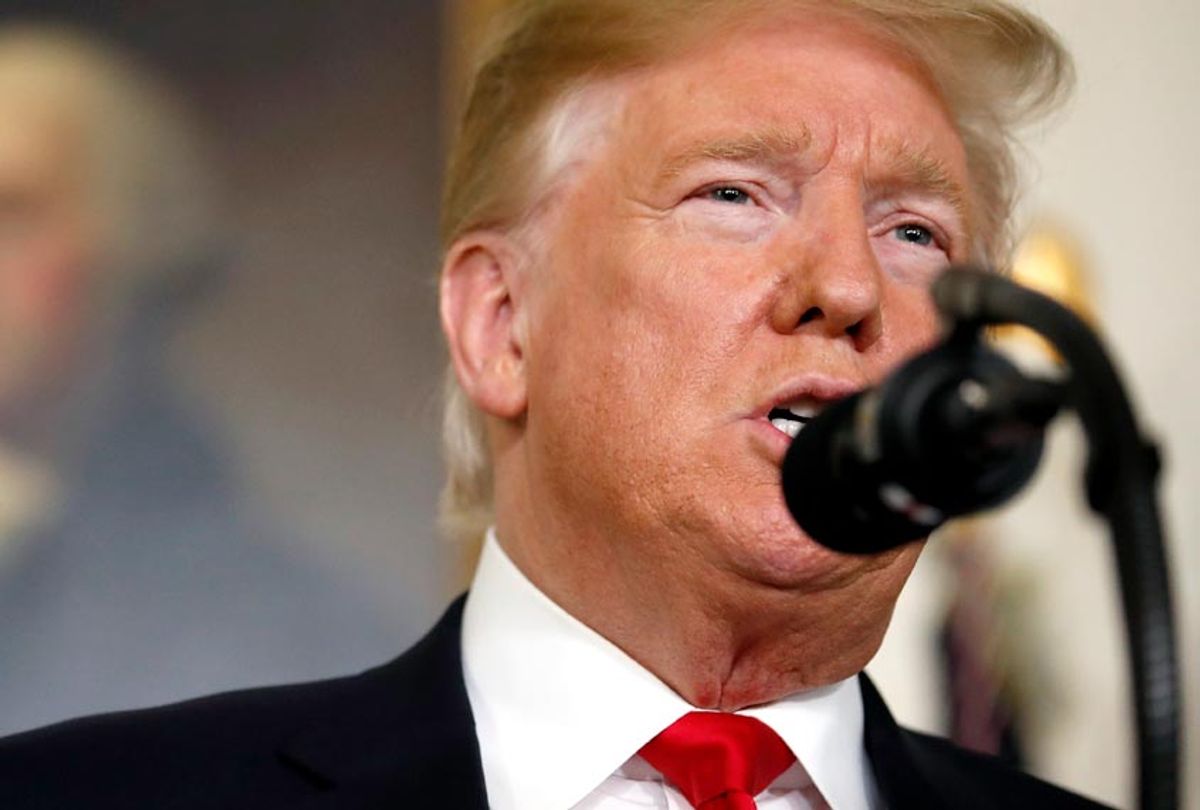 On Sunday President Donald Trump told CBS News' "Face the Nation" that he would be willing to force a second government shutdown in order to obtain his desired US-Mexico border wall.

When anchor Margaret Brennan asked Trump if he'd be willing to shut down the government again, the president replied that America would have to wait and see what happens on Feb. 15. After Brennan followed up with whether that meant Trump wasn't taking another shutdown off the table, he replied that "I don't take anything off the table. I don't like to take things off the table. It's that alternative. It's national emergency, it's other things and you know there have been plenty national emergencies called."

He added, "And this really is an invasion of our country by human traffickers. These are people that are horrible people bringing in women mostly, but bringing in women and children into our country. Human trafficking. And we're going to have a strong border. And the only way you have a strong border is you need a physical barrier. You need a wall. And anybody that says you don't, they're just playing games."

Trump went on to describe House Speaker Nancy Pelosi was "very rigid, which I would expect" as well as "very bad for our country." After Brennan pointed out that Pelosi had offered Trump over $1 billion for border security, he shot back that Pelosi is "costing the country hundreds of billions of dollars because what's happening is when you have a porous border, and when you have drugs pouring in, and when you have people dying all over the country because of people like Nancy Pelosi who don't want to give proper border security for political reasons, she's doing a terrible disservice to our country."

In response to Brennan observing that Trump will need to find a way to work with Pelosi, he insisted that "she can keep playing her games, but we will win. Because we have a much better issue. On a political basis, what she's doing is — I actually think it's bad politics, but much more importantly it's very bad for our country."

In an interview with Salon published on Saturday, former New Jersey Gov. Chris Christie urged the president to reconsider his approach toward the border wall funding crisis. Christie was one of Trump's close advisers during the 2016 presidential campaign and was almost selected to be Trump's vice presidential running mate.