"We have a president who’s a racist," Sen. Sherrod Brown tells "Meet the Press" 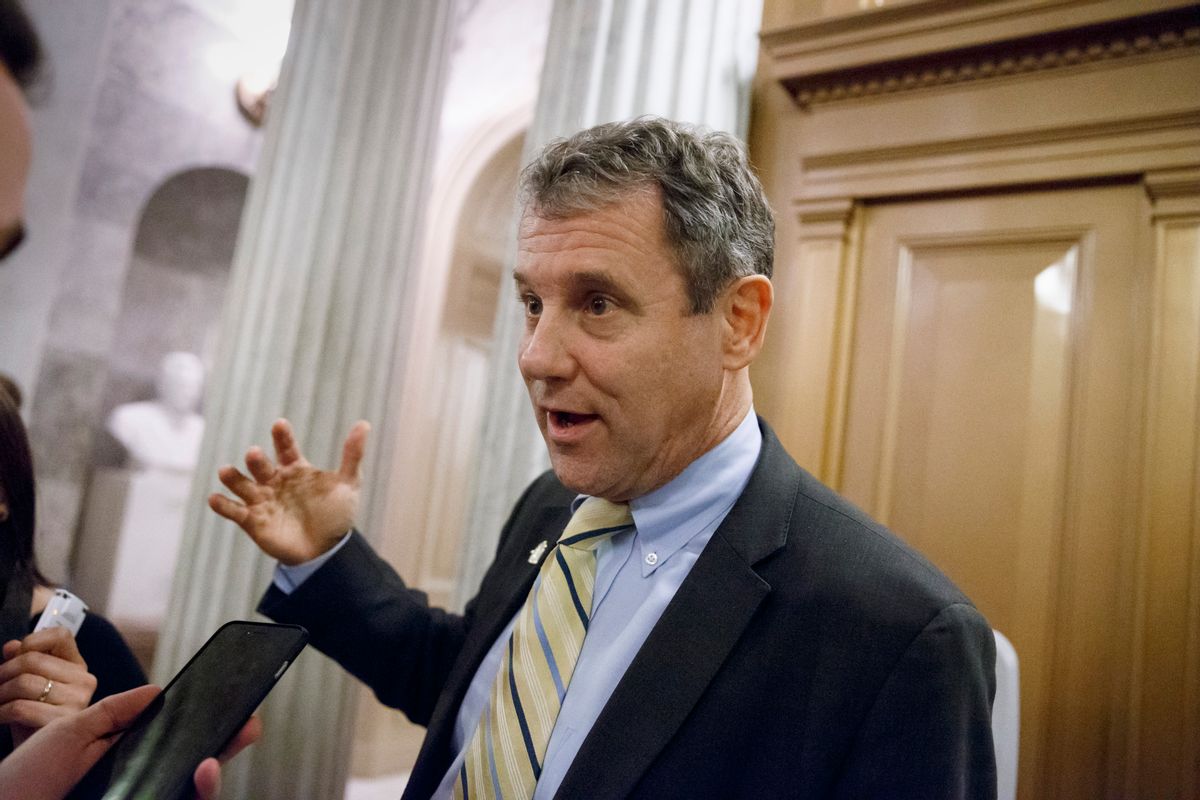 The liberal Ohio senator, who is being widely considered as a possible presidential candidate in 2020, made his remark after host Chuck Todd posed a question regarding Virginia Governor Ralph Northam, who is facing calls for his resignation due to accusations that he was one of two people from an old medical school yearbook photograph in which one individual wore blackface and the other was dressed in Ku Klux Klan regalia.

"What does it say that folks are now being held accountable for blackface in ways, frankly, that we didn’t have that kind of, that strong of a moral code, I would argue, in our politics, until recently? Why do you think that is?" Todd asked Brown.

"Well, I think this country hasn’t dealt well with the issues of race. I mean, we have a president who’s a racist," Brown replied.

Todd cut Brown off as the Ohioan attempted to continue.

"Let me pause you there. You believe, in his heart, he’s a racist?" Todd asked.

"Well, I don’t know what 'in his heart' means," Brown replied, effectively dismissing the relevance of questioning what is in Trump's heart. "I know that he built his political career knowing what he was doing on questioning the legitimacy and the birthplace of the President of the United States. There are all kinds of news reports about what he did early in his career on housing. Read 'The New Jim Crow' by Michelle Alexander. Read 'The Color of Law' about housing discrimination and decades and decades and decades of housing discrimination. We know that the Trump family, including the now-sitting president, played to that and deepened that."

Brown also pointed to Trump's infamous defense of the white nationalist protesters at Charlottesville as "only a symptom and a more public viewing" of the president's deeper racist beliefs.

Two other guests appeared on "Meet the Press" on Sunday to discuss a racial controversy — this time, the one involving Northam.

"I want America to remember that this is the 400-year anniversary of Africans coming to the shores of Jamestown in chains, and so the look of that commemoration service combined with a governor that’s been talking about blackface, and misleading us about blackface, is not the look that I think Virginia wants to portray to the nation," Rep. Donald McEachin, D-Va., told "Meet the Press."

Congressional Black Caucus chairwoman Karen Bass made a similar point, arguing that "he was completely disingenuous when he talked about (how) he didn’t understand this in 1984 and that this was commonplace. He’s basically saying that he participated in it. And especially when he described the time that he did the Michael Jackson impression - he even acted at the press conference like he was willing to moonwalk until his wife stopped him, which shows that he still does not understand the seriousness of his actions."

Sunday's "Meet the Press" was also notable for the appearance of Sen. Rick Scott, R-Fla., who seemed to provide political cover for Trump if he decides to declare a "national emergency" to build a US-Mexico border wall.

"It’s not my first choice for him to use his emergency powers, but he’s proposed things," Scott told "Meet the Press," according to The Hill. He added, "[Senate Minority Leader] Chuck Schumer [D-N.Y.] and [Speaker] Nancy Pelosi [D-Calif.] are not negotiating with him in good faith, I don’t believe. And so if I was sitting in his position, I would go out there and I would say, 'I’m going to use whatever power I have to solve the problem.'"