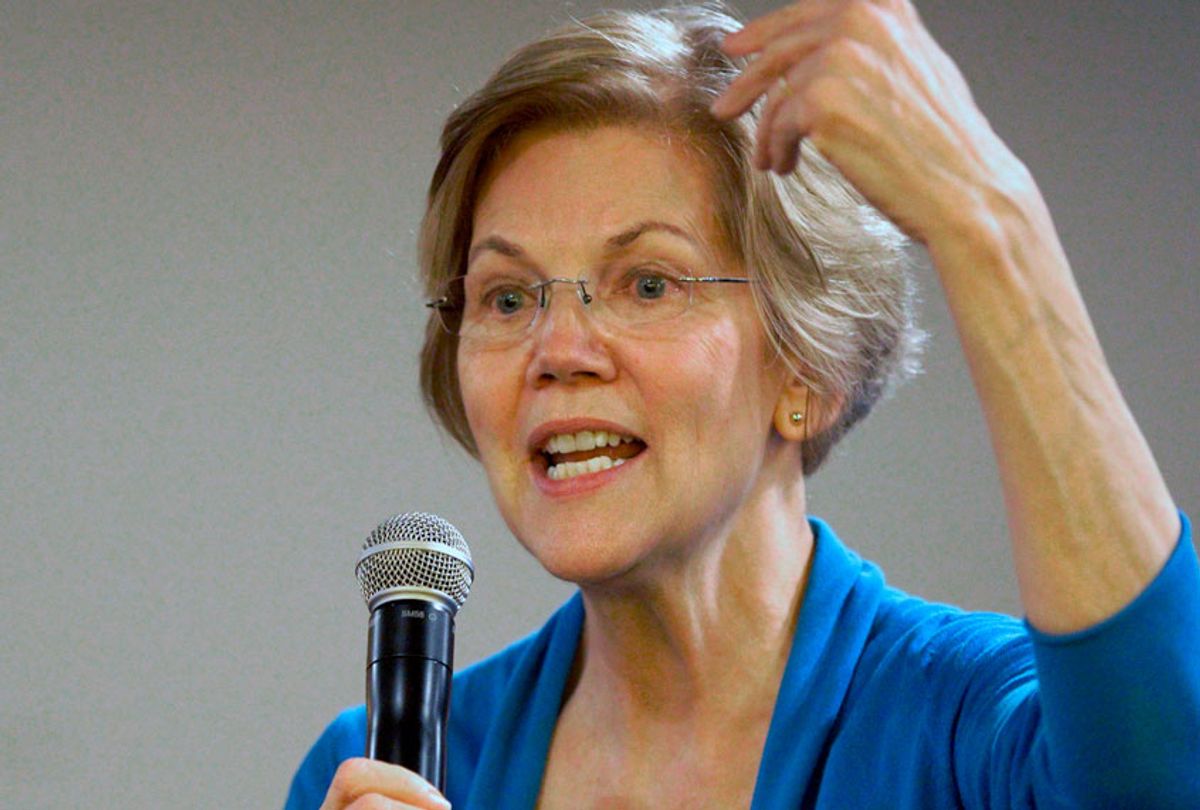 Sen. Elizabeth Warren (D-Mass.) apologized for identifying as a Native American for nearly two decades after a new report revealed that she had inscribed "American Indian" on a hand-written registration card filed in 1986 with the Texas bar.

“I can’t go back,” Warren said in an interview with The Washington Post. “But I am sorry for furthering confusion on tribal sovereignty and tribal citizenship and harm that resulted.”

The revelation, which was first reported by the Post, is the first known document to surface showing Warren claiming Native American ancestry in an official document or in her own handwriting. Her office did not dispute the document's authenticity. The news threatens to add more fuel to the already-frequent attacks by Republicans, including President Donald Trump, who have slammed Warren over allegations of claiming Native American ancestry in order to advance her academic career. Trump, for his part, uses the racial slur "Pocahontas" to describe the Massachusetts Democrat.

The document, which acts as a registration card, is one of multiple instances in which Warren described herself as a Native American. Warren claimed she was Cherokee in an Oklahoma cookbook called " Pow Wow Chow" in 1984, and she identified as a minority in the Association of American Law Schools Directory of Faculty from 1986 to 1995 — a decision she later said was made to "connect" with other "people like me." Warren reportedly removed herself from tat list in 1995 after taking a job at Harvard Law School. But in 1996, an article in the student-run Harvard Crimson revealed that faculty members and administrators still thought of Warren as Native American.

"Although the conventional wisdom among students and faculty is that the Law School faculty includes no minority women, Chmura said Professor of Law Elizabeth Warren is Native American," Harvard spokesman Mike Chmura said in the article.

In addition, a 2005 document obtained by The Hill revealed that the University of Pennsylvania Law School touted Warren among its past minority faculty members. Warren, who taught at the University of Pennsylvania in the 1980s and 1990s, resigned by the time the university published the diversity report that revealed she was listed as a minority to take a professorship at Harvard.

Throughout these scandals, Warren has maintained that she did not use her claims of Native American ancestry to boost her academic career. An investigation by the Boston Globe did not support the belief that Harvard had considered Warren's minority claims for hiring purposes.

"She was not on the radar screen at all in terms of a racial minority hire," Randall Kennedy, a law professor in charge of recruiting minority candidates at Harvard at the time, told the Globe."It was just not an issue. I can't remember anybody ever mentioning her in this context."

Last week, Warren apologized to the Cherokee Nation for taking a DNA test in an attempt to prove her Native American ancestry.

Warren announced on the last day of 2018 that she is a likely contender for the Democratic presidential nomination in 2020. She said she was forming an exploratory committee, which allows her to raise money and fill staff positions before a formal kick-off of her presidential bid. Warren's swift rise — from a struggling childhood, to a Harvard professor to the Senate — is "built off her brand of taking a pickaxe to Wall Street," Salon's Sophia Tesfaye wrote. Earlier this year, she announced she had hired a black woman as her chief of staff, one of the few on Capitol Hill.

"I've spent my career getting to the bottom of why America’s promise works for some families, but others, who work just as hard, slip through the cracks into disaster," Warren said in her announcement video. "And what I've found is terrifying: These aren't cracks families are falling into – they’re traps. America's middle-class is under attack."