Final stages of the Russia probe: Trump is under assault from all directions 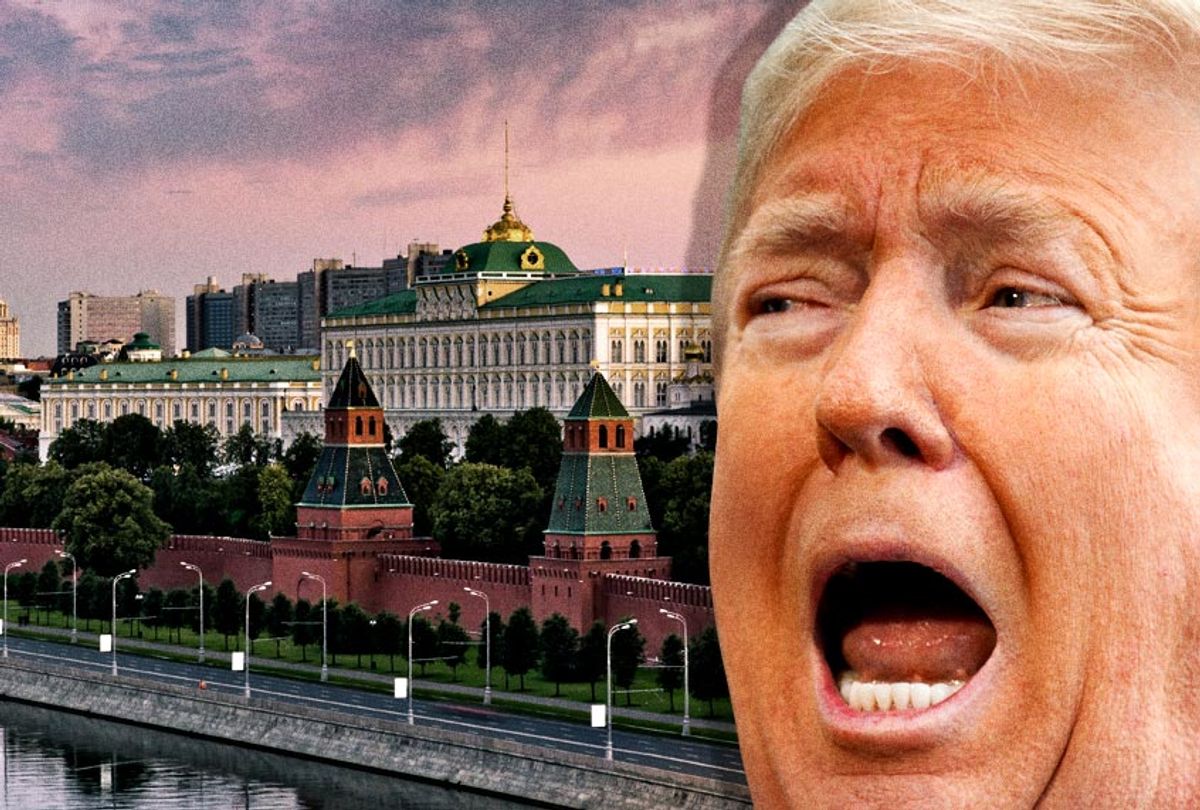 State of the Union addresses are almost always as dull as dishwater, and Tuesday night's was no exception. President Trump haltingly read a speech that sounded as if it were written for someone else and the audience responded in entirely predictable ways. But sometimes these events are interesting simply because they are happening in the midst of a crisis or some other news event. For instance, Bill Clinton gave his speech in 1997 against a split-screen image of the O.J. Simpson jury preparing to deliver its verdict. In 1986, Ronald Reagan postponed his address because of the Challenger space shuttle disaster.

This year may be remembered as the one where cable news networks spent most of the day leading up to the big speech talking about all the new criminal investigations into the president, his business, his family and his associates. The New York Times reported this week that the U.S. attorney for the Southern District of New York has issued subpoenas to dozens of people involved with Trump's inauguration. His inaugural committee raised suspicions from the beginning: It raised more money than any inaugural in history and nobody knows where all that cash actually went.

This week's federal subpoenas were broad and included possible charges of conspiracy against the U.S., false statements, mail fraud, wire fraud, money laundering, inaugural committee disclosure violations, and violations of laws that prohibiting contributions from foreign nations and contributions in the name of another person, a practice also known as "straw donors."

The inaugural committee accepted a lot of money from foreign individuals under unclear or dubious circumstances, and that has become a focus of the Mueller probe as well. The fact that federal prosecutors are now paying attention to that question suggests to some observers that Mueller has concluded that part of his investigation and passed it along to the U.S. attorney in New York. That would tend to confirm the widely held assumption that Mueller is protecting his investigation by farming it out, piece by piece, to prosecutors. The thinking goes that Trump can't fire every single prosecutor who's investigating him.

Maybe there's some misdirection here as well. Some TV commentators are saying this may indicate that the Russia probe isn't going anywhere and the real action is in the Southern District of New York. That's very doubtful, in my opinion. Most likely Trump is looking at serious trouble coming from both directions.

On Tuesday CNN reported that the Southern District is also investigating the Trump Organization, or at least has been interviewing executives from the company. It's not clear what prosecutors are seeking, but I think we know there's a great deal that would attract suspicion once they start looking. Allen Weisselberg, the company's CFO, is already cooperating under an immunity agreement in the Michael Cohen campaign finance case, and probably has some good stories to tell. Perhaps this explains the recent reporting that Trump has been pressuring Acting Attorney General Matt Whitaker, asking "why more wasn't being done to control prosecutors in New York" and suggesting they were "going rogue."

There are a whole bunch of prosecutors going rogue these days, if that's the case. In addition to the New York U.S. attorney's probe of both Trump's company and the inaugural committee, New York state's attorney general is still probing the now-disbanded Trump foundation, while Mueller continues to investigate the Trump campaign, the transition team and the administration. Oh, and the House of Representatives will be holding hearings into all of this as well.

A reporter asked White House press secretary Sarah Huckabee Sanders for comment about the subpoenas sent to the inaugural committee and she said that had nothing to do with the White House. Of course, she would also insist that all these investigations into every organization or institution that has Trump's name on it have nothing to do with Donald Trump as a person or as president. So it's fair to say she's in a bit of denial.

Trump had nothing to say about all this in his speech beyond vague, impotent threats about how Congress can either have "peace and legislation" or "war and investigation." Democrats did not seem particularly frightened by it. But if Trump's not frightened, he should be. The feds are now swarming over every aspect of his life.

By all accounts, the Russia investigation is closing in. BuzzFeed published a new trove of documents pertaining to the Trump Moscow project recently, and they tell a very different story than the one we've heard from Trump over the last two years:

The effort to get the tower built was long-running, detail-oriented, and directly entwined with the ups and downs of his campaign.

As Trump went from rally to rally, vociferously denying any dealings in Russia, his representatives, Michael Cohen and his associate Felix Sater, worked with Trump Organization lawyers and even Ivanka Trump to push forward negotiations to build a 100-story edifice just miles from the Kremlin. The fixers believed they needed Putin’s support to pull off the lucrative deal, and they planned to use Trump’s public praise for him to help secure it. At the same time, they plotted to persuade Putin to openly declare his support for Trump’s candidacy. “If he says it we own this election,” Sater wrote to Cohen.

Journalist Marcy Wheeler reports that these documents show a timeline that has Cohen and Sater conferring within minutes of the infamous Trump Tower meeting, and then abruptly canceling a trip to meet Putin on the day the Washington Post first revealed that the Russian government was suspected of hacking the DNC. It's all suggestive of an even more tangled web than we knew.

We haven't yet seen evidence showing that the Russian government was directly conspiring with the Trump campaign to sabotage the election, beyond that Trump Tower meeting and Roger Stone's mysterious shenanigans. But this information is important because it shows that regardless of whether the Russians had anything on Trump before the 2016 campaign, they certainly did once he began to lie publicly about not having any business deals there. They clearly knew he was lying, which made him vulnerable to blackmail.

This is exactly the same situation that had the Department of Justice apoplectic about former national security adviser Michael Flynn. When Acting Attorney General Sally Yates raced to the White House on that day shortly after Trump's inauguration, it was because the DOJ knew that Flynn had lied about his conversations with the Russians. That made him a security risk because Russian agents could clearly hold that information over his head.

Whatever else was going on with Trump and Russia -- and there is more for sure -- that would have been more than enough to light everyone's hair on fire in the counterintelligence division of the Department of Justice. It should spark the same reaction in American households too.