Stacey Abrams responds to Trump's State of the Union: "This is the next battle for our democracy"

"We fought Jim Crow with the Civil Rights Act and the Voting Rights Act, yet we continue to confront racism" 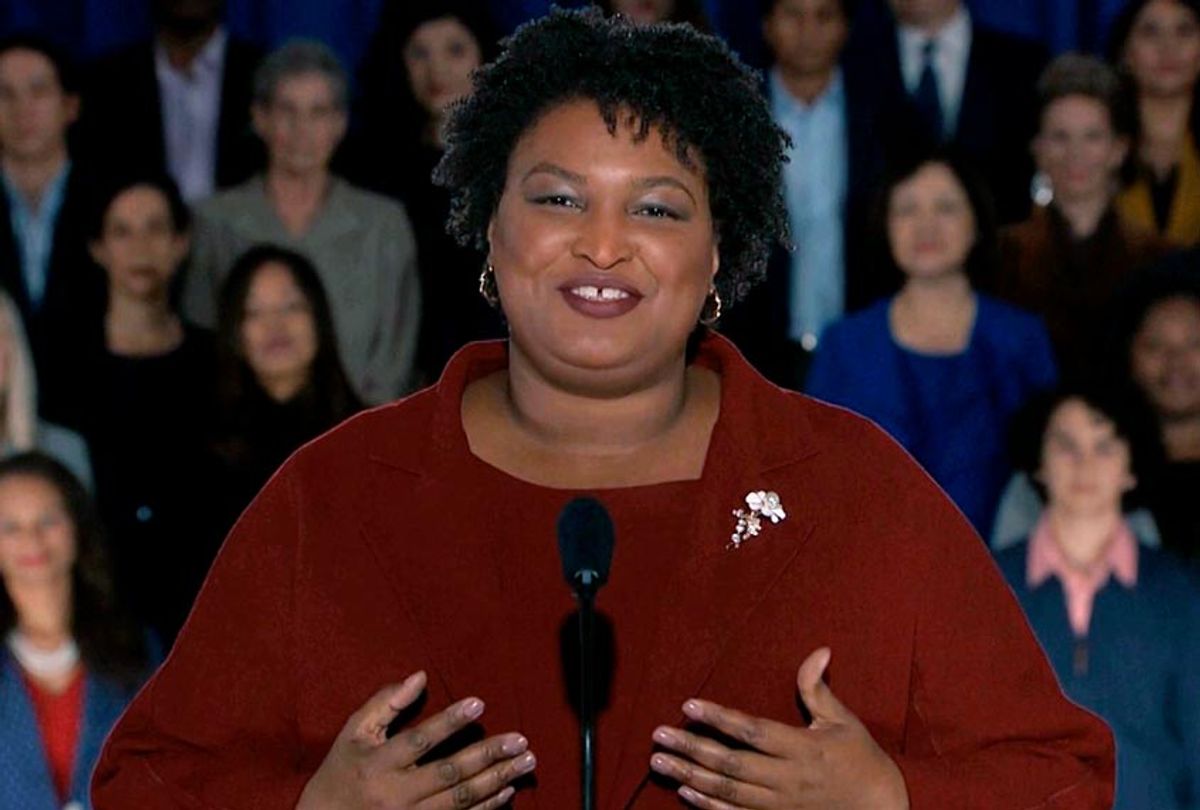 Stacey Abrams, the Democratic Party's choice to deliver the response to the State of the Union address, sought Tuesday night to cast President Donald Trump as the engineer of a political stunt partial government shutdown who callously left hundreds of thousands of federal workers caught in the crosshairs without pay for 35 days.

"The shutdown was a stunt engineered by the president of the United States – one that defied every tenet of fairness and abandoned not just our people but our values," Abrams, the first black woman to deliver the State of the Union response, said after Trump had concluded his remarks. "Making their livelihoods a pawn for political games is a disgrace."

Abrams, the former Democratic candidate for governor of Georgia, became the first black woman in the country to win a major party nomination for governor during the 2018 midterm election cycle. While she narrowly lost her race, Abrams won more votes than any Democratic candidate in a statewide election in the history of Georgia. However, she never officially conceded to Republican Gov. Brian Kemp, who at the time was Georgia's secretary of state overseeing his own election, amid controversy over accusations of voter suppression.

"Let's be real," Abrams said in her address to all Americans. "Voter suppression is real."

"This is the next battle for our democracy, one where all eligible citizens can have their say about the vision we want for our country. We must reject the cynicism that says allowing every eligible vote to be cast and counted is a 'power grab,'" she continued, rejecting a recent comment by Senate Majority Leader Mitch McConnell (R-Ky.) without mentioning the Republican lawmaker by name.

McConnell recently claimed on the Senate floor that a new Democratic proposal to make Election Day a national federal holiday amounted to a "power grab," while Abrams' closely-watched midterm race elevated her as a national symbol of voting rights.

"Americans understand that these are the values our brave men and women in uniform and our veterans risk their lives to defend," Abrams added in her address. "The foundation of our moral leadership around the globe is free and fair elections, where voters pick their leaders — not where politicians pick their voters."

Abrams had pledged to expand Medicaid had she been elected governor of Georgia, which has thus far refused to extend health coverage to hundreds of thousands of the Peach State's low-income residents. Democrats in the House of Representatives plan to push legislation that would increase the federal minimum wage for $15, although it is not expected to be supported by the Republican-controlled Senate or to be signed by Trump.

"In Georgia and around the country, people are striving for a middle class where a salary truly equals economic security. But, instead, families' hopes are being crushed by Republican leadership that ignores real life or just doesn’t understand it," Abrams said. "The Republican tax bill rigged the system against working people. Rather than bringing back jobs, plants are closing, layoffs are looming and wages struggle to keep pace with the actual cost of living."

Abrams also invoked the segregated Jim Crow South and the milestones of the civil rights movement, urging America to both acknowledge and continue to right the ongoing scars and stains of racism and inequality that cast a shadow over the country. In doing so, Abrams positioned herself as a clear foil to Trump, who infamously argued  "there's blame on both sides" as president in the wake of the violence spawned by neo-Nazis and white supremacists in Charlottesville.

"In this time of division and crisis, we must come together and stand for and with one another," she said. "America has stumbled time and again on its quest towards justice and equality. But with each generation, we have revisited our fundamental truths, and where we falter, we make amends."

"We fought Jim Crow with the Civil Rights Act and the Voting Rights Act, yet we continue to confront racism from our past and in our present — which is why we must hold everyone from the very highest offices to our own families accountable for racist words and deeds — and call racism what it is," she continued. "Wrong."