GOP Senate Intel chairman: No sign of Trump-Russia collusion — but case against Obama is strong 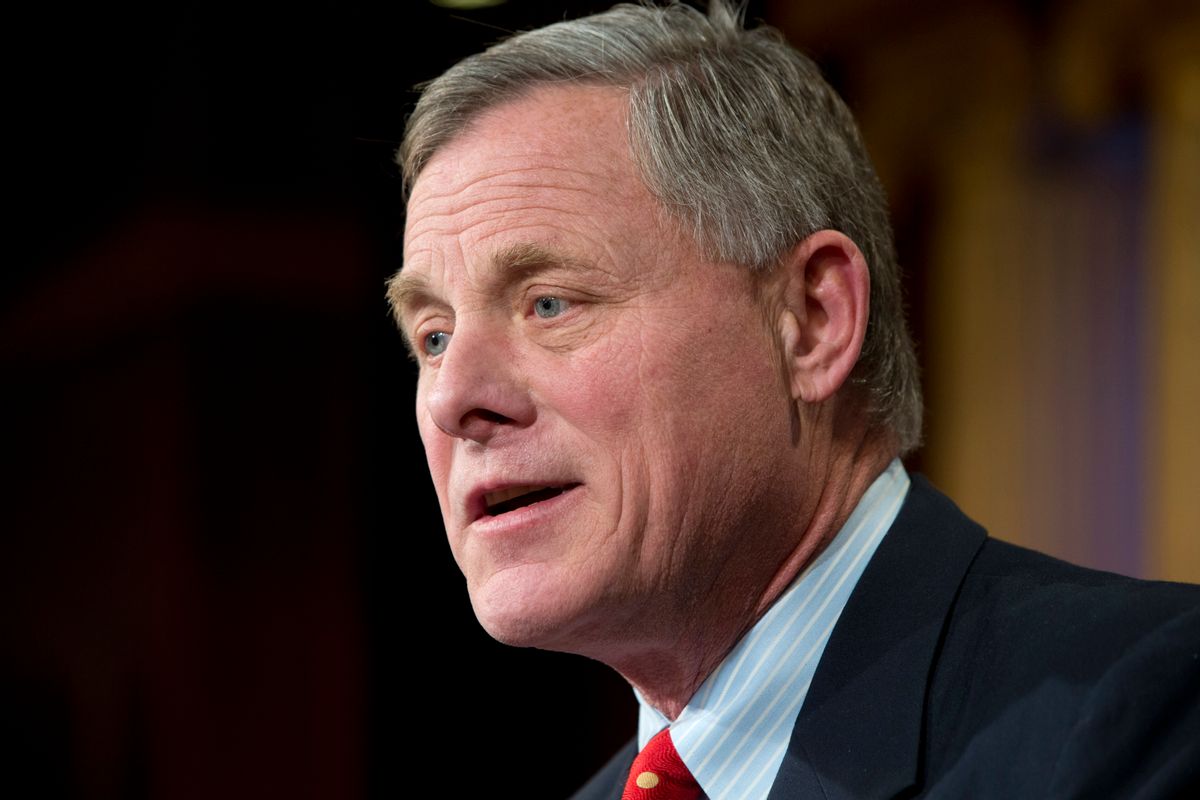 Senate Intelligence Committee Chairman Richard Burr, R-N.C., said on Thursday that his committee's Russia probe has found no evidence of collusion between President Donald Trump's 2016 campaign and the Russian government. But, the Republican said, that his committee is "close to pushing out the door" an assessment of the Obama administration's response to Russian interference efforts in the last presidential election.

In an interview with CBS published Thursday, Burr shed a light on the scope of his committee's investigation, which was launched one week before Trump was inaugurated and has now entered its third year. Burr told CBS that the committee has interviewed more than 200 witnesses and reviewed over 300,000 pages of documents.

Burr said, based on the "hard evidence" to date, the committee could not conclude there was collusion between Trump and Russia.

"If we write a report based upon the facts that we have, then we don't have anything that would suggest there was collusion by the Trump campaign and Russia," he said.

Still, the senator said some questions raised over the probe could occupy the committee "for the next decade," and that portions of the final report could be so highly classified that they are never revealed to the public.

The House Intelligence Committee, now chaired by a Democrat, has announced plans to reopen and expand its investigation into Russia's actions during the 2016 election, contacts between the Russian government and Trump's team, as well as "whether any foreign actor has sought to compromise or holds leverage, financial or otherwise, over Donald Trump, his family, his business or his associates." That committee voted on Wednesday to send more than 50 interview transcripts from its Russia probe interviews to Robert Mueller, the special counsel who is investigating Russian interference in the 2016 election and allegations of collusion or obstruction of justice by the commander-in-chief. Mueller could potentially use these transcripts to pursue charges of perjury.

"If the committee's driven based upon the facts that we have at hand, I have a very difficult time understanding how you can come to two different conclusions," Burr said during the interview. "Unless, for the first time, you let politics come into play."

"Now, we're in Washington and so — anything can happen," he cautioned.

The Senate committee's investigation has gone on largely without fanfare in the shadow of Mueller's investigation., unlike its counter probe in the House.  Burr noted that his committee has also "not been shy" in referring to people for criminal prosecution and noted that the scope of the probe "gave us tremendous insight to know when somebody was lying to us."

Trump condemned what he called "ridiculous partisan investigations" in his second State of the Union address Tuesday. Trump has vehemently denied all allegations of collusion with Russia during his 2016 presidential campaign and has repeatedly railed against Mueller's investigation into the matter as a politically-motivated "witch hunt" and a "hoax." The president has also accused Mueller's team of "viciously telling witnesses to lie about facts," comparing the probe to the McCarthy period, named for former Sen. Joseph McCarthy, R-Wis., who accused hundreds of Americans of being communists or communist sympathizers in the 1950s.

The president most recently criticized Rep. Adam Schiff, D-Calif., the chairman of the House Intelligence Committee. He told reporters Wednesday at the White House that he's "trying to build a name for himself. And I think that's fine because that's what they do. But there would be no reason to do that. No other politician has to go through that. It's called presidential harassment — and it's unfortunate and it really does hurt our country."