But, the House Speaker said, "we welcome the enthusiasm that is there” for the freshman Democrats' new resolution 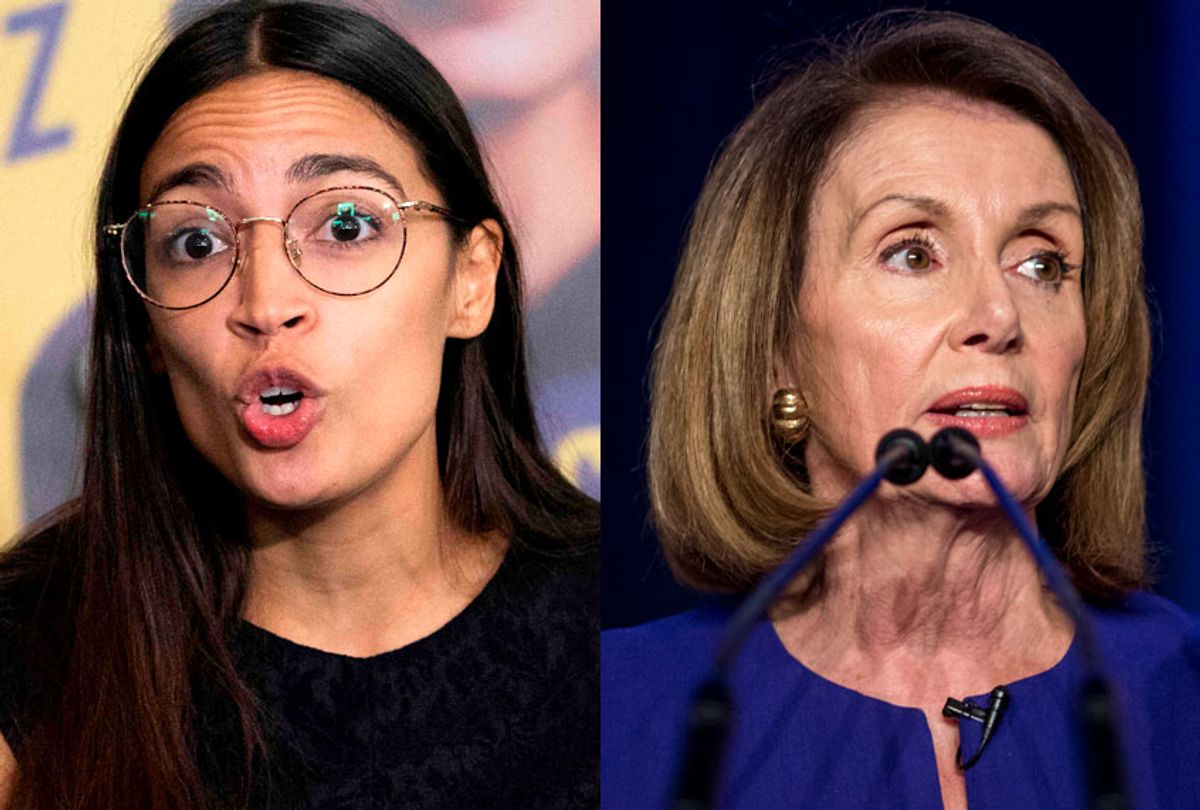 The California Democrat made her disparaging remarks when speaking with Politico earlier this week:

“It will be one of several or maybe many suggestions that we receive,” Pelosi said. “The green dream or whatever they call it, nobody knows what it is, but they’re for it right?”

In the past decade, she has already seen Democrats try and fail to pass a sweeping cap-and-trade climate law. The next attempt, she said, will need broader support. “This time it has to be Congresswide,” Pelosi said.

Pelosi's reluctance to offer a full-throated endorsement of the Green New Deal makes a certain amount of political sense; for every progressive congressperson like Ocasio-Cortez, there are also more moderate Democrats who need to hold their seats in districts that voted for President Donald Trump or, at the very least, could conceivably flip to Republican in the next election cycle.

At the same time, Pelosi's attitude toward the Green New Deal also risks putting her out of step with the direction her party is taking on a national level. She seemed to understand her perilous position when she walked back a bit of her dismissiveness.

Calling the Green New Deal and “enthusiastic” idea at her weekly press conference, Pelosi reportedly said the Democratic House caucus "welcome the enthusiasm that is there”

Ocasio-Cortez and Sen. Ed Markey, D-Mass., released a Green New Deal blueprint on Thursday that offered a number of policy specifics. These included establishing an accelerated shift away from fossil fuels in the economy, establishing job guarantees for all American and creating national health care coverage. Although it is unclear how many of Ocasio-Cortez's fellow Democrats will embrace these specific policy ideas, a number of Democratic presidential hopefuls have endorsed the concept of a Green New Deal, including Sens. Cory Booker of New Jersey, Kirsten Gillibrand of New York, Kamala Harris of California and Elizabeth Warren of Massachusetts.

"Even the solutions that we have considered big and bold are nowhere near the scale of the actual problem that climate change presents to us," Ocasio-Cortez told NPR's Steve Inskeep during an interview on Thursday morning. The New York congresswoman added, "It could be part of a larger solution, but no one has actually scoped out what that larger solution would entail. And so that's really what we're trying to accomplish with the Green New Deal."

Ocasio-Cortez's ideas have also received plaudits from Justice Democrats, a progressive political action committee that has been instrumental in trying to push the Democratic Party to the left.

“Ocasio-Cortez’s Green New Deal represents an earthquake in the Democratic Party and American politics where a working class Latina bartender from the Bronx is now proposing and leading the most serious solution to rewrite America’s social contract and stave off climate disaster.

Any Democrat running for President who wants to be taken seriously on climate and economic policy needs to back Ocasio-Cortez’s Green New Deal resolution. As Executive Director Alexandra Rojas explained, "The Green New Deal offers a positive solution to match the scale of our nation’s biggest crises - climate change, structural racism, and skyrocketing inequality. It’s time for our leaders to join the center of energy in the Democratic Party and prioritize our planet and its people over the profits of fossil fuel billionaires."