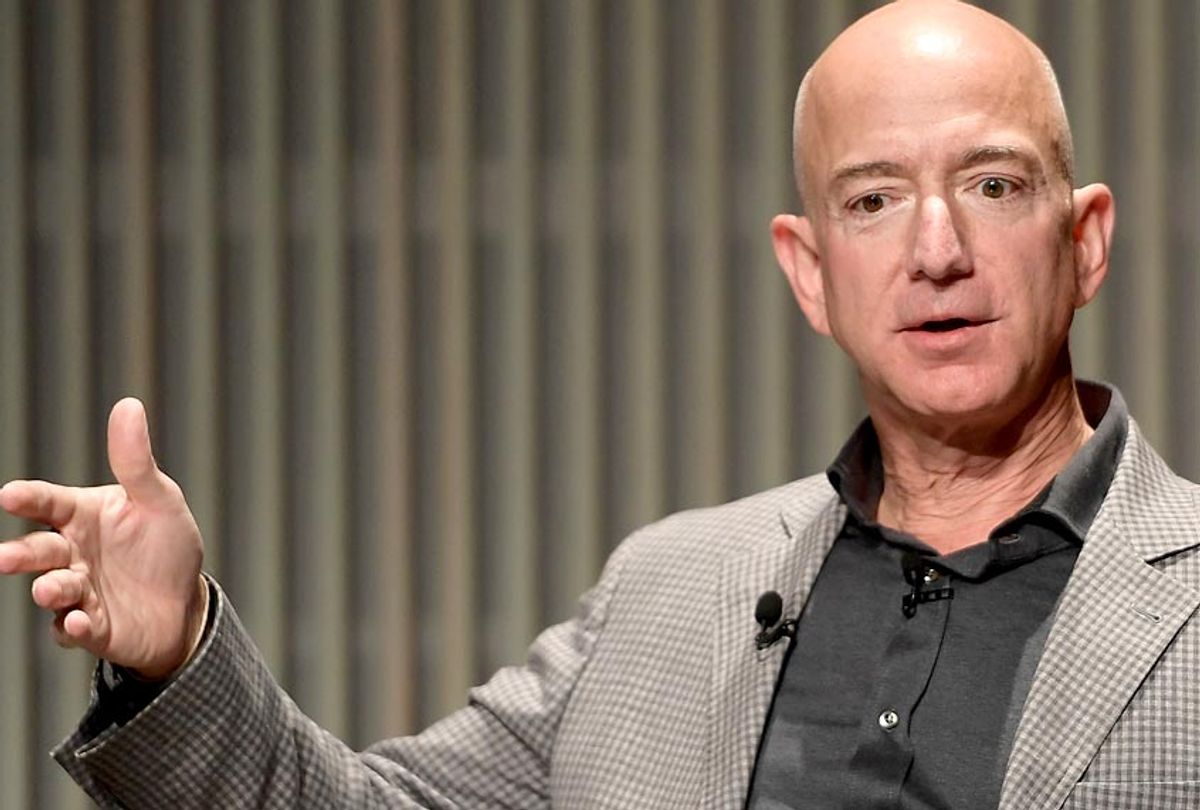 In an unusual personal blog post titled "No thank you, Mr. Pecker," published on Medium, Amazon CEO Jeff Bezos accused the owner of the tabloid the National Enquirer, David Pecker, and its parent company AMI, of "extortion and blackmail."

"Something unusual happened to me yesterday. Actually, for me it wasn't just unusual — it was a first. I was made an offer I couldn't refuse. Or at least that's what the top people at the National Enquirer thought. I'm glad they thought that, because it emboldened them to put it all in writing... Rather than capitulate to extortion and blackmail, I've decided to publish exactly what they sent me, despite the personal cost and embarrassment they threaten."

Bezos hints that the Enquirer's salacious investigation into his personal life was motivated by politics rather than journalism, as explained by the Washington Post earlier this week.

Several days ago, an AMI leader advised us that Mr. Pecker is “apoplectic” about our investigation. For reasons still to be better understood, the Saudi angle seems to hit a particularly sensitive nerve.

A few days after hearing about Mr. Pecker’s apoplexy, we were approached, verbally at first, with an offer. They said they had more of my text messages and photos that they would publish if we didn’t stop our investigation.

My lawyers argued that AMI has no right to publish photos since any person holds the copyright to their own photos, and since the photos in themselves don’t add anything newsworthy.

Bezos shared an AMI email regarding details of the intimate photos—one described as a “below the belt selfie  —  otherwise colloquially known as a ‘d*ck pick’” — that the National Enquirer obtained during its "newsgathering."

Well, that got my attention. But not in the way they likely hoped. Any personal embarrassment AMI could cause me takes a back seat because there’s a much more important matter involved here. If in my position I can’t stand up to this kind of extortion, how many people can? (On that point, numerous people have contacted our investigation team about their similar experiences with AMI, and how they needed to capitulate because, for example, their livelihoods were at stake.)

Bezos says in the AMI letters he is publishing, which follows his own narrative, readers will see "the precise details of their extortionate proposal: They will publish the personal photos unless Gavin de Becker and I make the specific false public statement to the press that we 'have no knowledge or basis for suggesting that AMI’s coverage was politically motivated or influenced by political forces.'”

"If we do not agree to affirmatively publicize that specific lie, they say they’ll publish the photos, and quickly," Bezos writes. "And there’s an associated threat: They’ll keep the photos on hand and publish them in the future if we ever deviate from that lie."

AMI owner David Pecker is a known associate of President Donald Trump, who regards Bezos as a foe. In November 2018, an employee of the National Enquirer told an MSNBC anchor that Pecker buried stories and investigations that depicted Trump and his family in a negative light. Likewise, Trump has mocked Bezos and The Washington Post, which Bezos owns, on multiple occasions on Twitter. More recently, David Pecker, due to his close contact with Trump, was poised to serve as a witness in the Mueller investigation; as Salon's Matthew Rozsa reported in August 2018:

[...] Because of both [their] friendship and the money that Pecker saw could be made from promoting the Republican presidential candidate, Pecker used the "National Enquirer" as a forum for promoting Trump's campaign. In 2010 the Enquirer began running articles that encouraged the idea of a Trump presidential campaign, according to the Associated Press. In doing so, it referred to a website that had been co-created by Cohen back when he was Trump's lawyer, fixer and confidant. As Trump began to focus on questioning Obama's birthplace and American citizenship in 2011, the Enquirer did likewise, with Cohen encouraging them to do so all the while.